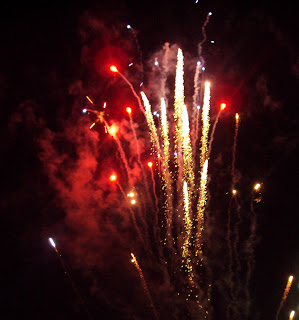 Yes, it's that time of year again where we get to sit back and reflect upon the last twelve months saying woulda, coulda, shoulda; then draw a big fat line under it all and make exciting plans for the next twelve months.

2012 was the year that never was for me and mine. There was so much that was going to happen, things that would change our lives completely, that didn't for reasons that we have no control over. My career continued on its downward spiral, working for obnoxious ***** and not able to get out (other than to walk out and lose the income), whilst my wife's career had ups and downs but is significantly better than it was at the beginning of the year. We went on an amazing holiday to San Francisco, Napa Valley and Yosemite for my 40th birthday, which kinda blew my mind.

From a gaming perspective my only real ambition for the year was to not lose my hobby mojo – to paint more, to keep the weekly gaming with Fug going and supplement that with games against Bull.

I have definitely managed to keep the mojo going, I'm really enjoying what I do because I'm doing what I want to – the record number of blog posts this year (more than double last year) is testament to this. I gave up all the resin base making because it was becoming like a job, and things that would expand the business were not what I wanted to do, so I stopped. I organised a charity painting project at the back end of the summer which pushed my painting ability (and my sanity) and I have painted at a consistent rate throughout the year.

The gaming has gone a little awry. Tuesday night gaming with Fugs lasted until March when he moved out of his mom's place and stopped coming. My dedicated interest in Malifaux stopped about the same time too. With Salute I got very excited about Warmachine and Hordes, purchasing many Everblight models over the summer. Alas, Bull and I only managed a couple of intro games. The back end of the year has been all about 6th Edition 40k, something I couldn't have predicted. I got out my shelved Nurgle models and added some new shiny bits. We've also managed a string of narrative games as we reacquaint ourselves with the 40k universe. That's been fun, and awoke the old 40k player in me. 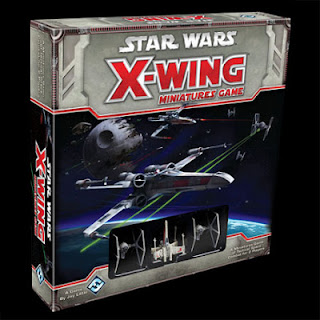 As the year draws to a close I have built my first Batman models – something that looks very exciting on paper but whether it will develop into something other than a new model collection, we will see. I also managed to persuade my family to buy me the X-Wing game for Christmas – no model painting required. I'm very excited about this too as it takes me back to my childhood. With the release of the Millennium Falcon and Slave I due in Feb, things are looking good. I get to play Star Wars without so many frowns.

As usual I won't be giving myself any specific ambitions as such. The only thing I have announced that, by hook or by crook, I shall not be working at the same place this time next year. To be stuck there for another year will seriously affect my sanity and my health – life is just too short. By the same token I can't ignore my responsibilities as the man of the house and just sit on my backside on income support (besides my wife wouldn't let me get away with it!). 2013 will be a year of change.

One the hobby front I would like to play more games. I got my friend Chris playing Malifaux, which he enjoyed. I'm hoping the "straight out of the box" aspect to X-Wing will help this generally. My 40k games with Bull will no doubt continue – his Dark Angel codex due in January will boost his enthusiasm. I hope to finish painting my Nurgle models and then have a look at my Iron Warriors.

If Batman does not take off as a gaming option for me I hope to cherry pick the models I want to paint. I'm pretty much done buying into Malifaux but still have plenty to paint. My love of converting models has been reawakened with the return to 40k and I still have loads of "bitz" in the attic to make stuff with.

Looking forward to Salute as always. Not looking for anything in particular this time around (so far) but definitely want to meet up with some of you fellow bloggers – Postie's crew in particular.

I'm also looking forward to the next Hobbit film. Now we've got that first one out of the way (which I did enjoy) you know the next two are going to be better – a dragon and a battle of five armies!

Aside from that little lot, let's see what life brings us.


To all my fellow bloggers, gamers and painters – all the best to you. Have a Happy New Year and fingers crossed for the next twelve months!!
Posted by The Dark Templar