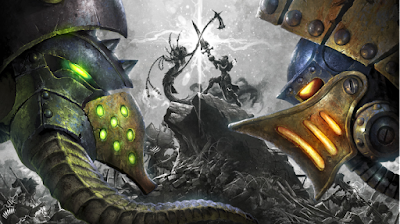 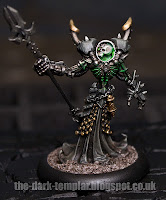 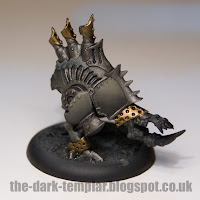 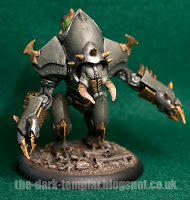 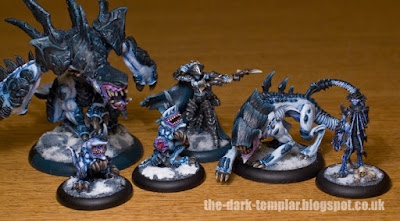 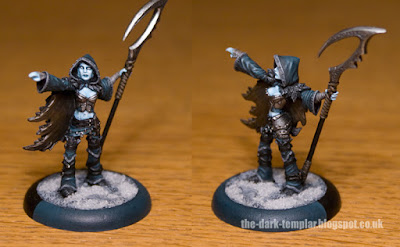 Posted by The Dark Templar No comments: 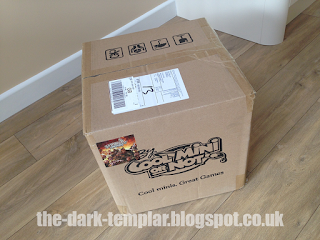 After a rather lengthy five month wait, the second part of the Kickstarter goodies for Zombicide: Black Plague arrived today. 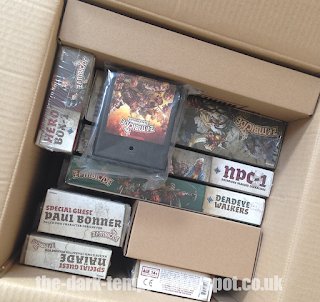 Another rather large parcel was waiting for me when I got home from work, containing lots of plastic goodness. I won't distract you any more with chat – just take on board what will be arriving on your own doorstep soon (or what you missed out on)! 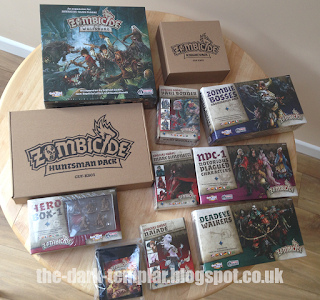 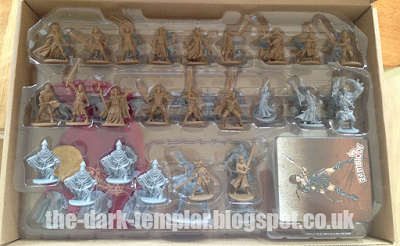 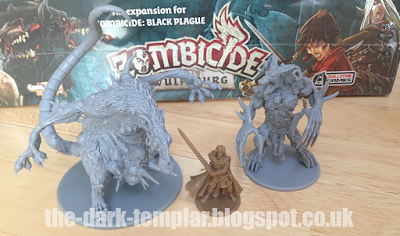 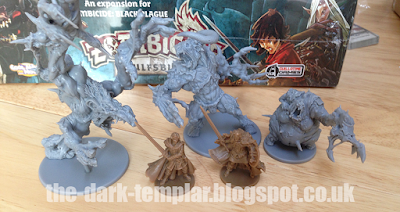 Those are some enormous miniatures for a board game – that rat ogre thing in particular, and the running troll ogre is ridiculously tall… fantastic!


Posted by The Dark Templar 9 comments: 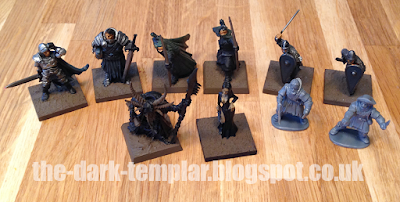 After the drama of Tuesday's Frostgrave double-feature, the dust has finally settled, wounds have been licked and loot dice have been rolled (or rather a dice rolling app has been used!).

Lessons have been learned too. As good as the shooting has been up to now, when things get personal you need big hitters. The only downside to melee combat in Frostgrave is that you're just as likely to be killed as to kill! You only have to lose the combat by a single point to take the full force of your opponents Fight total. In these last two games a combat win was averaging 7 damage against heavily armoured models – that's more than half your wounds right there!

I knew I would need to rebuild my warband slightly after we'd tried close combat. I desperately wanted to include some Barbarians. They are great models (and I own them) and good in combat with +4 Fight. They also have a Two-handed weapon meaning extra damage inflicted, and they can move 6" which is decent. Unfortunately, despite having a few extra wounds too, they have NO armour at all. That's a bit nuts, meaning if hit they're likely to die straight away, so they didn't make the cut. 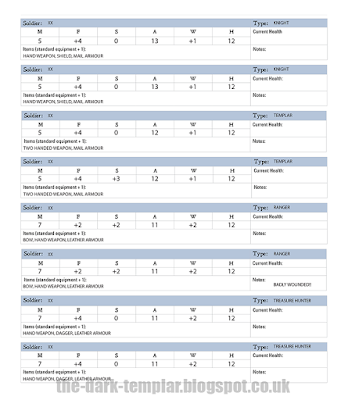 I ended up going with the slower but armoured Templar instead. This does mean that half of my warband can move 7 and the other half can only move 5. The extra armour will help their survivability and, if I can get Fleet Feet cast successfully, they could move 7" for the entire game.

I had accumulated a lot of cash and a few magic items but decided against equipping my soldiers any further. At this point they're easily replaced and have to prove themselves to warrant a magic weapon! 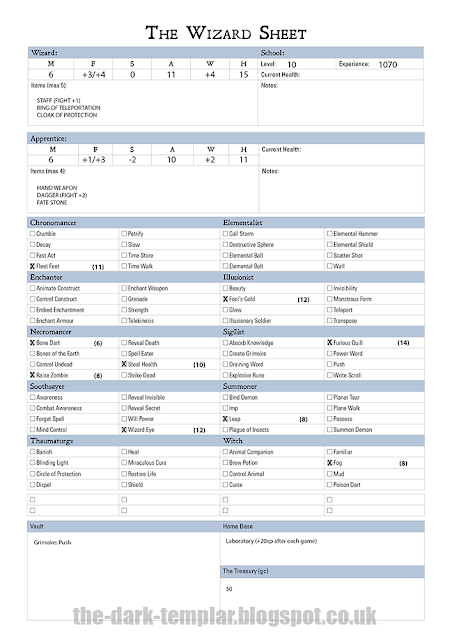 My wizard walked away from his untimely demise without a scratch. He's level 10 now and I've managed to trim a lot of casting numbers off my favourite spells. He took a couple of magic protection items and a fate stone last game, but it was time for a change.

I got rid of the Ring of Protection and replaced it with the Ring of Teleportation. This will help his movement and allow him to teleport in or out of combat – something I needed last game. I've improved his Fight stat by 1 but also purchased a new Staff that gives him another +1 Fight. He's now quite tasty in combat and another stat increase or two will make him awesome!

The Apprentice saw a bit of love too. As well as benefitting from the Wizard's stat increases, she got a magic Dagger, giving her Fight stat a boost. Having the extra melee weapon also gives her benefits. I also decided that, given her poor casting recently, she should take the Fate Stone. It didn't work for the Wizard (I rolled two 3's!!) but it may make a difference sometimes.

As you can see, I'm nearly out of cash and the vault is looking bare, but I have confidence in my new-look team. I will be down a man in the next game – one of the Rangers is Badly Wounded – which means there won't be a lot of shooting opportunity, but I'll put my faith in the sword… and staff, and dagger, and two-handed sword.