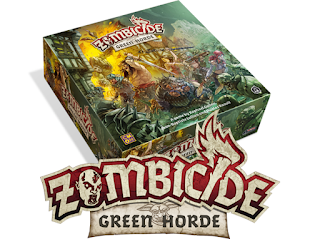 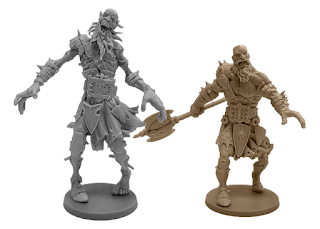 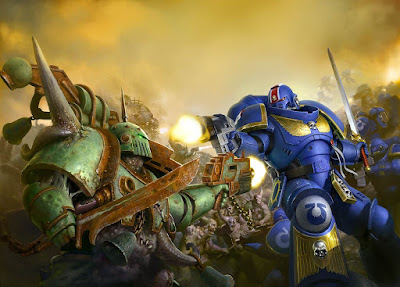 Every time Games Workshop produce another incarnation of Warhammer 40k I feel obliged to take a look, given that it's played such a massive part in my hobby life over the years.

8th Edition has been slightly different in that GW have highlighted some of the the key changes in the build up to release. I've been intrigued by the simplification of the Warhammer world with AoS (without ever actually playing it) and what I was hearing was that 40k was going to follow suit. This gave me some hope that things may actually change to the point where I could welcome 40k back into my life. It's been a long time time since the glory days of 4th Edition and I've had no interested in the versions since, especially as things escalated towards apocalypse type battle with flyers and war machines. 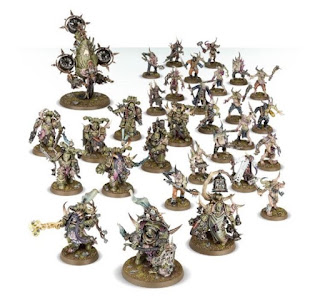 Then GW played their ace card – Death Guard marines in the starter box – ah, dammit, this was not going to be a cheap return to 40k. As has become the norm in recent years, said models were of the highest quality (even if there are still a few dodgy poses). That was it then, I would have to shell out close to £100 to see what it was all about – even though the rules are technically free (how does that work?!).

I managed to miss the postman on release day and have to wait 24hrs to go to the sorting office and collect my parcel. I was excited, but with a certain level of reservation – disappointment for so many years will do that to you! Upon opening the box I have to say it is a very smart product. The only company I have come across that presents it's products as beautifully as this is Apple (they're in a league of their own, but this was pretty good). Taking the time and effort to present products to this degree makes the unboxing experience so much more enjoyable. It shows that the company cares what the customer thinks.

The contents was pretty solid. The fact that you got the hardback edition of the full rulebook, instead of an A5 lite version, was a good decision. That helped make it feel like a quality purchase and good value for money. The models are as stunning as ever and, again, helps to give a feeling of quality and value. The Primaris marines went on Ebay and sold in less than an hour, so I've made most of the cost back already. 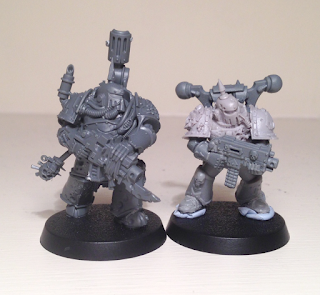 After building my first few Death Guard models I decided to crack out my current army and rebase them on the larger 32mm bases. However, when old and new Death Guard stood side by side I noticed there was a significant scale discrepancy. Not unlike a Primaris marine next to a standard one, the size difference was quite noticeable and looked quite odd – disaster!

Now I'm left with a bit of a quandary. Do I relegate my old Death Guard to be standard nurgle marines and the new plastics are Death Guard? Do I sell my old DG marines and start a new army? Do I stick to the old ones and not bother with the new ones? 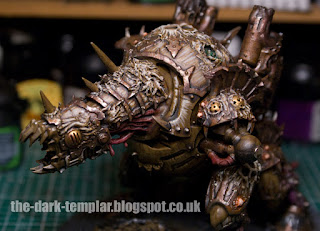 To complicate things more, my two favourite conversions of all time – my Nurgle Heldrake and Nurgle Forgefiend – can't be taken in a pure Death Guard army!! Neither can my Nurgle Biker! 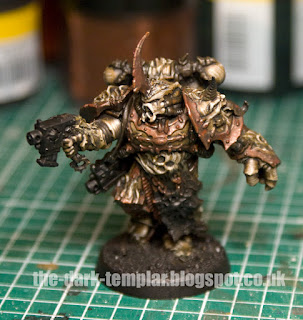 So for now I'm simply putting together the models. Just like last time I built some Nurgle on the back of a 40k box set (above), I jumped straight in with a conversion. More on that another time.


Posted by The Dark Templar 17 comments: