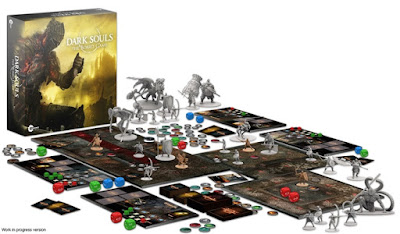 Well, it's landed – the new Steamforged Kickstarter and it funded in 3 minutes! That's surely CMoN territory!

Based on the video game series Dark Souls, the board game is playable solo or up to 4 players. It sounds mighty intriguing but at £80 entry point you're going to have to be committed.

It has to be said though that there are some amazing miniatures in here – it's very, very tempting but I can't afford a box of matches right now so it's not really an option, lol!
Posted by The Dark Templar 2 comments: 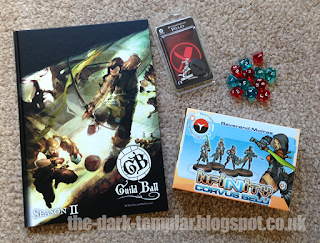 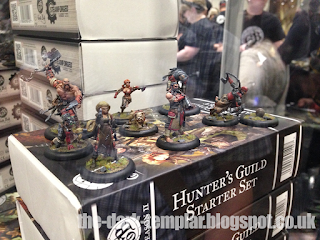 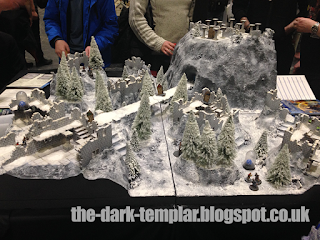 How To Design A Faction Logo 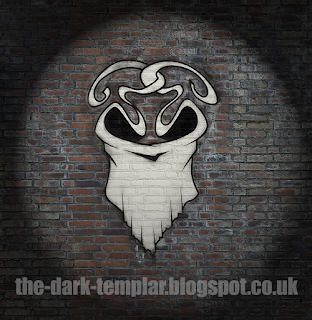 I thought I'd post this graphic (below) as a visual reference to show part of the behind the scenes process involved in developing a faction logo for games (or anything really). In this case the logo in question is for the Nanomei faction from Anvil Eight's board game Aetherium.

We went through a similar process many times during the creation of the original Aetherium game box. It's easy to come up with something quickly, but if time is spent and thought given to a logo like this you can develop something far better than your initial sketches might suggest.

Posted by The Dark Templar 7 comments:

Do You Remember The Castle?


You may remember about 18 months ago I was waxing lyrical about a new range of plastic scenery that I'd recently 'discovered'. Tabletop Workshop created a series of kits that were perfect for my Medieval gaming. Alas not long after I'd invested some birthday money in their rather fantastic plastic castle kit the website disappeared and their Facebook page fell silent. 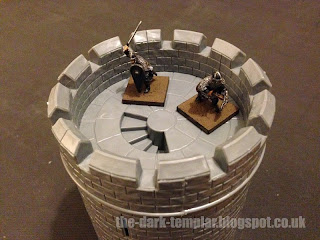 I never did get around to building much after the blog posts about it, but it's always been in the back of my mind as a project waiting in the wings. I think many people were rather sad that such an innovative company with a great product range should have fallen by the wayside. 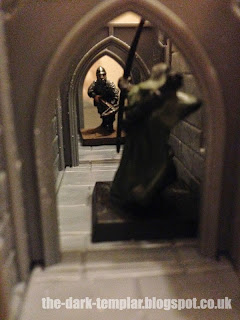 Only last week, whilst tidying up the spare room I found the castle box and it reminded me I have a very exciting project in store.


However, lo and behold this morning I discover that Warlord Games are releasing their new Citadel model… a model that looks remarkably, exactly the same as the Tabletop Workshop Castle! 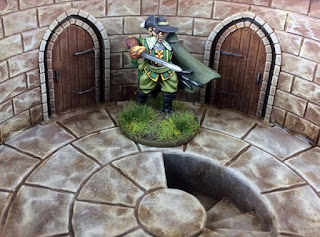 They're also telling us that separate walls, towers and gatehouses will become available very soon. 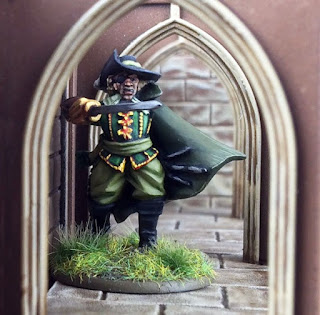 Could this be time to resurrect my castle project? Is the gatehouse they're talking about is the famed gatehouse that TW were developing right before they disappeared?

Needless to say, Warlord haven't mentioned TW at all giving the impression it's their doing. Regardless, if it means that this kit becomes available again then I'm all for it!

Posted by The Dark Templar 7 comments: 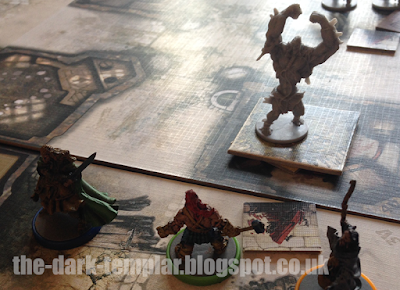 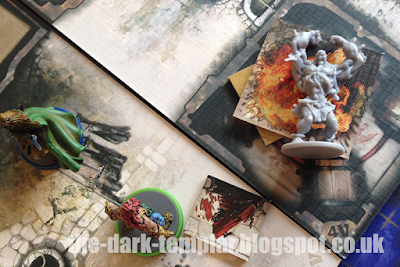 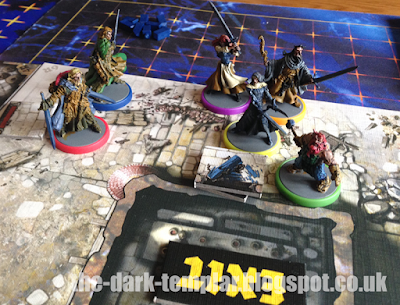