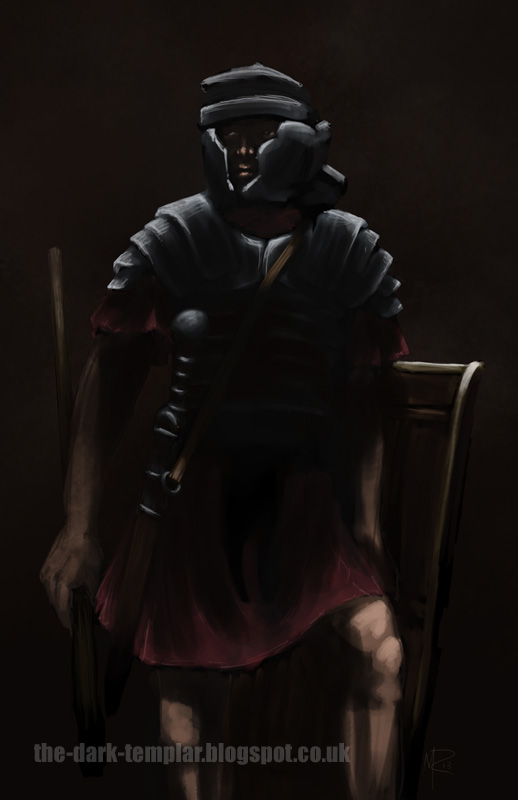 As I mentioned the other day, I've taken up digital art as a way to bridge the gap between work and play. Maybe make some extra pocket money as a consequence.

I've turned my attention away from Christmas, to something more current (on this blog at least)… Romans!!

This fine fellow was my first attempt at painting a Legionary. Did it in a couple of hours after work earlier this week. I'm still very rusty with the art (been 20+ years since I studied) but I'm enjoying it a lot and the results are turning, albeit slower than I would like. Like most things you just have to practice every day – at least with the digital you don't have to clean up afterwards!

Even within this pic you can see the difference over a couple of hours: I did his head/shoulders first and his sword, straps and shield last. 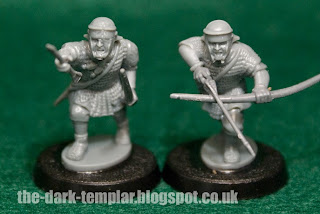 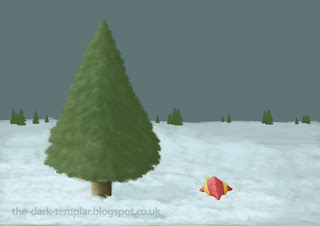 First off, apologies for the blog post that never was yesterday. Post some stuff a little prematurely and decided to hold fire until it couldn't get me into trouble. More to come on that.

The main news is that there is no news. Hobby time has become something of a near-forgotten myth in our household at the moment. However, I did take the painting tray down yesterday and dust off my Romans. The enthusiasm to paint is slowly returning now that the weather is cooling off a little.

I have made a sneaky tech purchase – a Wacom tablet. I have qualifications in fine art but haven't practised in a long time. Hopefully this new toy will encourage me to spend more time drawing and painting. I have been dabbling for a few weeks now and the image above was one of my first goes with the tablet. Whilst just a scribble, it has given me an idea for a series of Christmas cards and some hobby-related illustrations.

Hopefully more to blog about after the weekend! 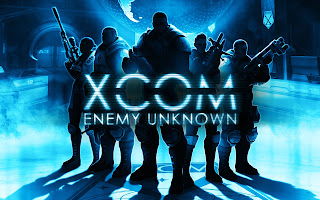 Hobby time can't seem to catch a break these days. At weekends my time is currently taken up with working in the garden (I do have a nice tan though!) and any downtime in the evenings sees me flaked out, usually on the sofa, watching tv through increasingly closed eyelids.

I do have another distraction that has become a bit of an obsession. XCOM on the iPad. Despite being available for both my Xbox 360 and my iMac I downloaded the game for my tablet and that was the end of my free time and sanity. 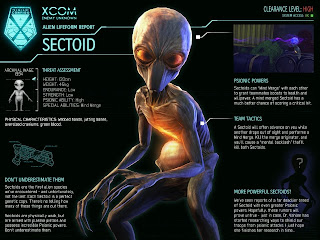 Anyone who played the original will know how addictive it was and this updated version is better and perfectly designed for the iPad. It has taken me 4 goes to get my team in good shape and advance the storyline to a point where the end is in sight (excuse the pun) – playing Iron Man mode (can't save) doesn't help. I can't explain in words how awesome this game is – if you've never played it… go buy it!

I now have two deadly Snipers who, with the right upgrades, make the difference between success and death. One of them has psi abilities, which he hasn't used much. However, my other psyker – a rock-hard assault marine – has a range of abilities now and will often mind-control the enemy to ensure they get picked off by their comrades. I've binned all my Heavies and have a great mix of Support/Assault with a Mech plasma vehicle as scout. 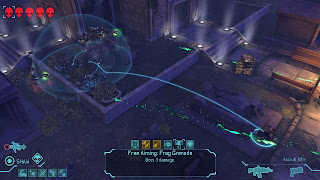 I like the way you get attached to individuals in your team, especially as they progress and get promoted. There's nothing worse than losing your favourite bod to a stupid move or an enemy popping up that you didn't anticipate. I've learned the hard way that over stretching you team can have dire consequences.

This attachment to your team is something that I like about skirmish level wargaming too. This used to happen in Necromunda all the time… and it's starting to happen with my Romans.


Posted by The Dark Templar 11 comments:

Roman Progress… Or Lack Of! 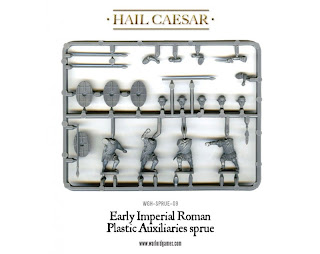 I was in hospital yesterday for a minor procedure and wasn't in good form on Monday. Over the weekend I was in the garden, continuing the rebuild of shed and patio, so no hobby progress has been made since last week. I haven't been able to manage much more this week than be sprawled out on the sofa – indoors in this lovely weather!! I did manage to re-watch Band of Brothers, Rome and am currently half way through season one of Carnivale. A small silver lining to being ill I think you'd agree. 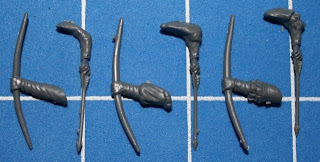 However, a few weeks ago I shared my dilema for increasing the options available to my Romans. Today's photos highlight my cryptic solution and hopefully we should see some new models very soon! 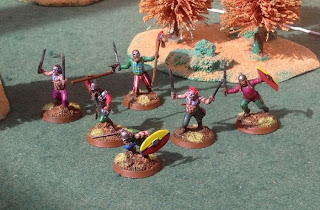 Not much happening on the hobby front – I've been too busy building Extra Armour onto my garden shed – aside from a bit of colour on the post-conversion Romans.

However, after our game the other weekend, Bull has been rather busy with his Celts. They're looking really mean and, now that our models are starting to develop a bit of character in our games, the next meeting between these enemies is going to be epic. 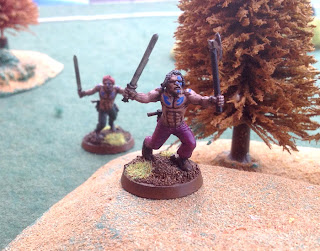 Looks like I'm going to have to step up my painting – can't have these vagabonds looking better than my legionaries!