Confronting The Pile Of Shame 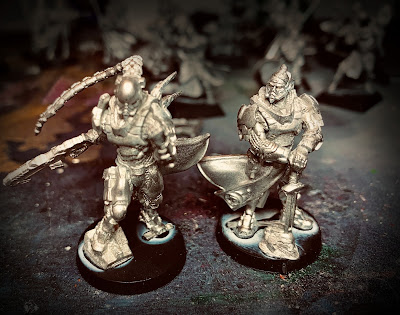 When I heard that Salute was on for November this year, I got very excited… no seriously, like so over-the-top excited I nearly had a fit. My first thought was to get a loot list together, so I started thinking about all the bits I 'needed' to flesh out various miniature collections or projects.

I felt some nostaligia for the show and remembered all the cool loot I'd picked up at previous shows, then I actually started to seriously think about all the loot I'd picked up at previous shows and started to feel guilty. I went on a bit of a recce to see if I could even find the various bits I'd bought and that still floundered in the abyss that is the 'pile of shame'. The list of unbuilt – or even unopened – miniatures is frankly astounding.

After finding a whole raft of metal in blisters and boxes, I decided to do something about it – maybe to make myself feel better before I bought more, or maybe to get back to old school miniture building (i.e. pinning skinny metal limbs to bodies with paperclips and trying not to slice a finger in the process).

Top of my list was a group of four Reverand Moiras for Infinity, that I bought circa 2011 – ten years ago! – and were still in their box. Then I found some Infinity related blister packs of characters. I stuck bodies into bases and, whilst these were drying, I continued my search for lost Salute treasure.

Before long I found not one, but THREE boxes of Rackham Confrontation models (and a couple of blisters). I can't even guess to the year I acquired these but it was at least fifteen years ago.

I decided to call time on my searching at that point – my cutting mat was full, and I was yet to start the pinning. Yes, I'd dug myself quite a hole, however, once the models are complete I can squirrel them away in a soft and cosy miniature case until I get around to painting them.

But that's a whole other mountain to climb!

This guide is aimed at the complete newbie. When I started looking into 3D printing I knew absolutely nothing and took the plunge off the back of some hasty research. I want other people to avoid some of the pitfalls and blind guessing that I faced, so what follows is an overview based upon my experience and conclusions after 12 months of participating in the 3D printing hobby.

So you're thinking about getting into 3D printing

The first question to ask yourself is what would you intend to print on your shiny new printer – miniatures? monsters? terrain? bitz?
I see two main routes to take with 3D printing, that will give different results: 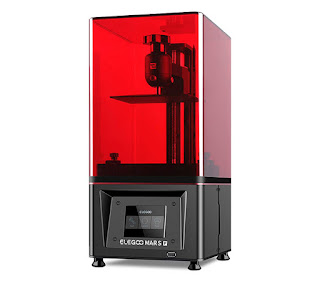 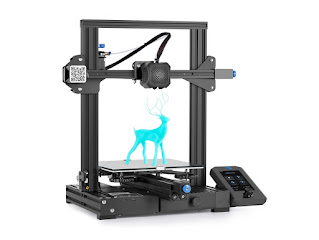 
At this point we're going to focus on the Resin printing – I went down the Resin route myself, so I have no real-world experience of using the filament. I will revisit this once my experience expands.

Resin Printers – how do they work (in a nutshell)?

PREP
First all you need to download a 3D model file – a .STL or .OBJ – assuming you haven't created your own, and prep it for print. If it was a freebie you may need to fix it, but I'll cover that in a later post.
The model will actually be printed upside down so has to contend with the laws of gravity, as well as things like temperature. To help avoid failed prints you will usually need to add supports to a miniature (like scaffolding).
Once done, the file needs to be 'sliced' ready for print. All the software to achieve this is free, and there is tons of 'how-to' videos on YouTube to help you. Transfer the file to your printer (usually via USB) and you're ready to go.

PRINTING
Once the printer gets started each 'sliced' layer silhouette is projected onto a screen with UV light, which cures the UV sensitive liquid resin to the exposed shape. These layers bind to the metal build plate, and build up over the course of several hours until you have a completed model – just like a traditional inkjet printer will print a line at a time until the page is complete.
CLEAN UP

Before you do a thing you'll need to put on some rubber (nitrile) gloves – liquid resin is nasty stuff and you don't want it on your skin.
With the print complete, remove the build plate from the printer and use a wallpaper scraper, razor blade, or similar metal tool to separate the print from the plate. The print is then washed in IPA (isopropyl alcohol) to remove any excess resin. Then follows a good bath in warm water (ideally in a sonic cleaner) to remove the alcohol and soften up the supports.

Depending upon how well the supports have been placed, the removal process can either be very easy, or very tricky. This is the point when you are most likely to damage your model, possible snap something off or leave surface damage.
Assuming everything went swimmingly, stick you model under a UV lamp for a few minutes to make sure it's thoroughly cured.
And you're done.
TIMINGS

For an average, 32mm human model, the process takes me: 20-30 mins to prep the file; an average of 4-5hrs to print; and another 20 minutes to clean up.
Obviously you would load your build plate with as many models as you can, so I might get 3-4 models printed within that same 4-5 hr print time.
There are ways to improve on those times, with a better printer, different types of resin, etc. but we'll leave that for another time. It is also possible to buy 'wash & cure' stations to help the process – these units look not unlike the printer itself, but provide washing and curing facilities instead of having to do it manually. 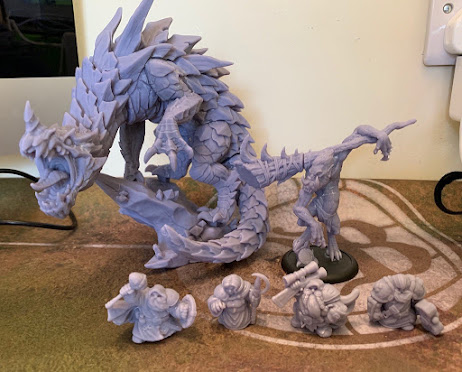 How much do the models cost to print?

Depending upon the size and complexity of the model, and the type of resin you use, a typical 32mm miniature would cost less than £1 to print, often closer to 50p.
Don't forget though, you will probably have to buy the file to print in the first place – they can range in price from say £3 up to perhaps £8 per miniature. The beauty is though, once you have the file you can print as many as you like!
Then you have the bigger models – the dragons, greater demons, giants and the like. They can cost from around £10 for the file, but might only cost another £20 in resin to print. That's an enormous resin dragon for £30 instead of £200. And if you wanted more than one, then the price comes down with each one.

So which resin printer should I buy, and how much will it cost?

The cost of resin printers can vary dramatically, as can their specifications. If you're looking at having a dabble at entry-level, you can spend as little as £200 – if you want the best quality miniatures possible you're looking at closer to £2000 or even more.

From my experience, the most popular manufacturers (and therefore the best community to get help from) are Elegoo and Anycubic. They both have solid entry-level models, but also offer larger format machines.
ELEGOO 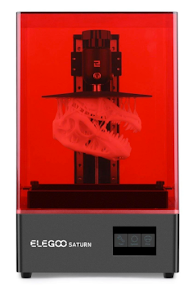 Entry Level:
Mars Pro (currently £235 on Amazon)
Very solid entry level machine and a bit of a workhorse (this is the updated version of my own printer)
Step Up:
Mars 2 Pro Mono (currently £280 on Amazon)
Near identical to the Mars Pro but with some added extras, most notably a 2k mono screen which will improve the quality of your prints – this would be my recommendation based upon my experience with my original Elegoo Mars.
Larger Format:
Saturn (found it on Ebay for £600-£700 – almost impossible to source)
This is the big brother of the Mars. It has a 4k mono screen and a much bigger build plate area, allowing you to print more or bigger stuff!
ANYCUBIC 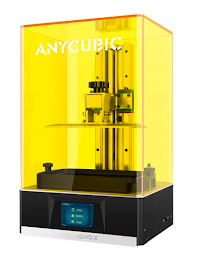 Entry Level:
Photon (approx £300 but difficult to source it seems)
Another solid entry level machine
Step Up:
Photon Mono (currently £270 on Amazon)
2k Mono screen, and a decent sized build plate.
Larger Format:
Photon Mono X (currently £800 on Amazon)
4k Mono screen, and a larger build plate.
There are of course other manufacturers out there, but these are the two that I am most familiar with.
The tricky issue we have right now is availability. Some of the most popular machines that folks on YouTube are raving about are simply not available in the UK.
My advice right now would be not to rush anything, do some research – YouTube is a fantastic source of unboxing and review videos (though be careful as many are sponsored by the manufacturers).
Next time:
We're going to talk in more detail about the kind of things you can print, and where to find them.
If anyone spots any technical inaccuracies above, just let me know in the comments and I'll correct it.
Models shown in the above photos are from Artisan Guild and Epics N Stuffs