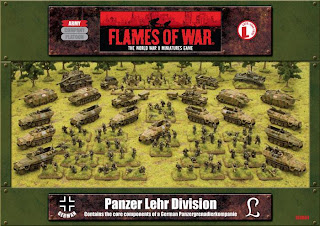 Back from my three-day installation in London and, being a desk jockey under normal circumstances, I feel like I've been squashed into a beer barrel and rolled down a hill – I ache from head to toe!

It seems I have a strain of the disease Angry Lurker has been blogging about this week. I'm up to my neck in Malifaux, just started a terrain project for my gaming board and have a backlog of models a scrap metal merchant would die for and I start thinking about other gaming systems.

Now in fairness I am thinking about games that I have owned models for and played in the past. It's also partly due to Salute being in just over a week's time. I like the idea of having a starter army (or so… we all know how these things escalate) for several gaming systems so, if the opportunity for a game came up, I'd have some models to game with.

The two gaming systems currently on my radar are Warmachine/Hordes (yes, I count that as one!) and Flames of War.

I currently have a Mercenary starter crew for WM in the attic almost fully painted but that would be too easy. I love the Cryx faction and want to start down that route. The plastic starter kit is on the shopping list for Salute so that is resolved.

The one I'm struggling with is Flames of War. I used to have a German Rifle company box set and a single Tiger tank several years ago that went on Ebay. I want to go back there but maybe go Panzagrenadier so less troops and more tanks. I don't want to invest too much in this as the times it will be used will be rare. The Panzer Division at the top is too much I think, maybe half that to start with.

Do I buy FoW or Forged in Battle?… or are there other suppliers?
Is there a box set that would solve my problems?… or do I buy blisters?
Which halftrack transports and tanks do I buy for my troops if I'm looking at a mid-war army?
Are there any good terrain suppliers?…Are they likely to be at Salute?
Are there any online resources for colour schemes?

Any 15mm WW2 gamers out there fancy throwing their two pence-worth in?

I have bought the 3rd Ed FoW rulebook and will be collecting it from the Post Office by the time this post hits the blogsphere so hopefully I will be able to glean some info from that.

All I know is, I'd better stock up on paint next weekend as well as models!
Posted by The Dark Templar