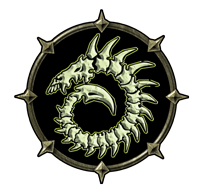 I mentioned in a recent post that Warmachine (and Hordes) had popped up on my radar. I have been reading the MkII books and the frothing has started. I mentioned Cryx as the faction of interest and indeed couldn't wait until Salute at the weekend to buy their book and starter set – placing an order at the weekend – it should be arriving about…now.

In the meantime I've been reading up on rules, tactics, etc. via the Battle College wiki and trawling through images of models at the Firestorm online store. I have to say there are a handful of miniatures that I am REALLY looking forward to painting, whether they're good in-game or not.


First on my list, and a target for the weekend, is the Warwitch Siren. This model epitomises the more dynamic sculpts that Privateer Press produce (not to say they don't have their fair share of dogs too). The bonus is that, from what I read, this model will work well with my starter box set.


Cryx has some amazing Warjacks and there are a handful of these that have really peaked my interest. Some of them are huge, and it will be a great change to work on something at a larger scale.


Even the alternative Warcasters have some great sculpts and interesting shapes.

Now this is all great and I know the implications of this – I've been here before. Within a matter of weeks I will have had several deliveries from my favourite online gaming supplier and a host of metal bodies and stat cards will be living in the spare room, much to the annoyance of my wife and the delight of my credit card company. I'd like to say I've learned my lesson, but my year-long journey into Malifaux has proved me wrong, as a box full of unopened blisters bear witness to.

The thing that complicates matters further is that it's not just Warmachine. it's sister game Hordes has caught my imagination too and the Legion of Everblight – so similar yet so opposed to Cryx – has a host of fab models in their range. The fact that the two games cross over (you can field Hordes crews in WM and vice versa) makes it even more of a honey trap.

I love the feel of the faction, the colours and backstory. Some of the Warbeasts are not my favourite but with a bit of greenstuff I think I can give them a more (40k) Tyranid/alien feel and make them unique in the process. I am definitely feeling like a small child drooling over the Christmas toy catalogue right now!

The conclusion is that I'm walking through a metaphorical minefield this week. My enthusiasm and desire for these models is at 1000% now but, as I have blogged about in the past, I know this is fleeting and in six months (if I'm lucky) it'll be time for the next new shiny thing. I need to move from model range to model range to keep my painting interest and enjoyment going, but when I get passionate about a game I tend to jump in with both feet and common sense seems to fly out of the window.

All I know right now is that it's going to be an expensive visit to Salute this year!
Posted by The Dark Templar