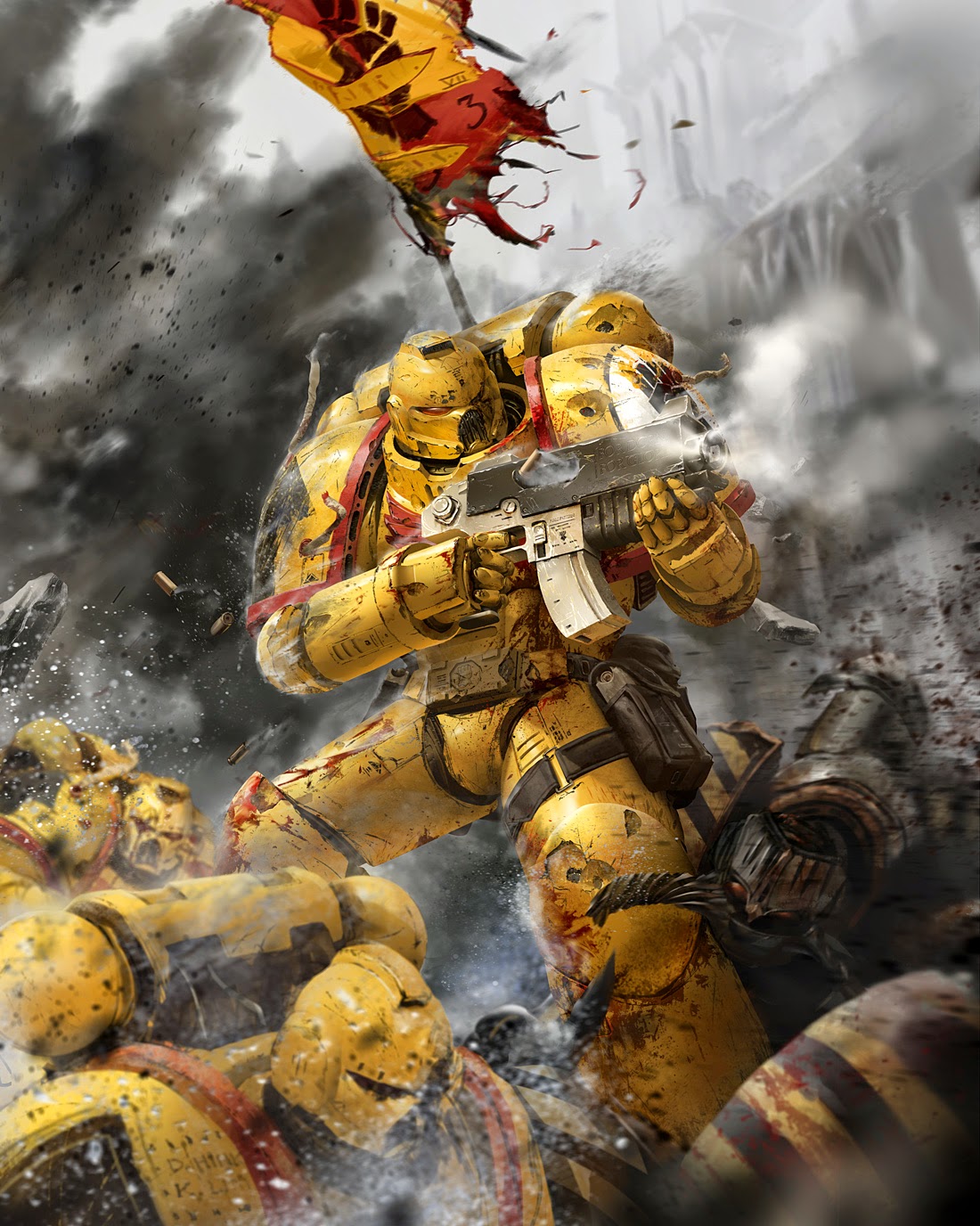 After several days ill last week, and the jobs still mounting in the new pad, it's been a struggle getting any hobby time in – thank god for scheduled posts! 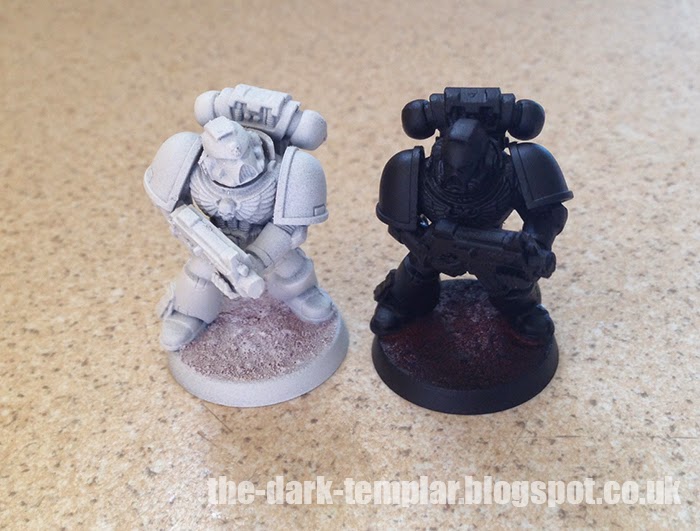 These next two tests for the yellow Imperial Fists armour were a variation on the first. Instead of spraying the Daemonic Yellow directly onto the bare plastic, I decided to undercoat the models first – one in white and the other in black.

I went about adding the yellow spray whilst doing chores today, stopping the work periodically to add some more colour before going back to the job in hand. 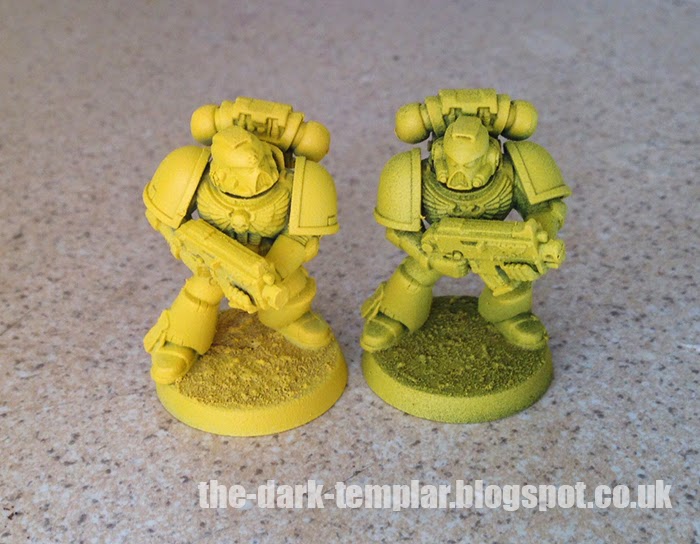 At first glance everything looks pretty rosy in the image above, but not so.

As you can see, spraying over a black undercoat makes everything a dirty greeny colour. The coverage wasn't great and there was a lot of texture.

The coverage on the white undercoat was much better, maybe slightly better than Test 1 last week. I thought that I might have found my solution until closer inspection revealed, just like the black test, there was a shocking amount of texture on the model. Once a colour wash hits these yellow surfaces this texture will show up like a neon light. Such a shame.