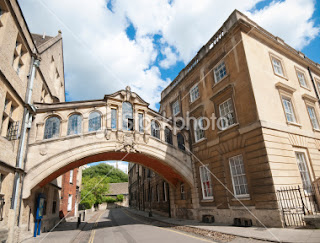 It's been a month or so now since my mobile Malifaux board was built. Bull and I have had half a dozen games on it and it has proven itself invaluable. 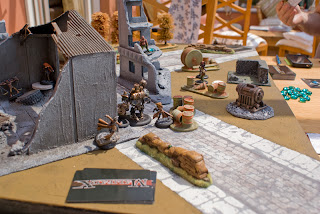 So far we've been using a random collection of former 40k terrain – primarily two ruined buildings and a wrecked warehouse, accompanied by lots of bits and barricades. I have to say it's worked well so far, but we're both starting to feel the need to add something more interesting and appropriate. 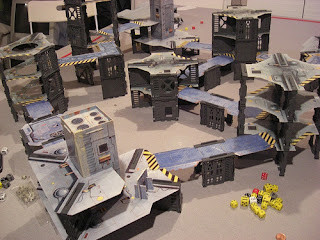 Necromunda was the game of choice for a long time here, not least because of the three-dimensional aspect of the game – racing to get the best vantage spot for your snipers, using bridges for shortcuts across the board, hiding underneath platforms ready to ambush. For the most part, so far, our games of Malifaux have been largely 2-D – partly to simplify and aid our learning process / partly due to the terrain. 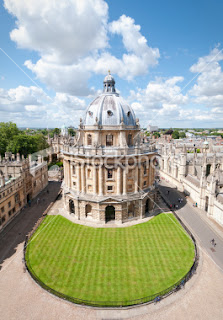 With all this in mind, I've been doing heaps of research, measuring and sketching to try and come up with something that remains modular and portable but fits in with the new board and makes the game truly 3-D (and if it looks absolutely stunning I wouldn't be too upset either!).

As well as plenty of Victorian architecture to take on board, I found a couple of photos of buildings in Oxford – the Bridge of Sighs and the Radcliffe Camera – both of which looked ideal candidates for translation into Malifaux.

Next stage is the first draft scamps and marking up the foamboard.