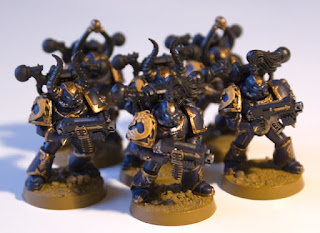 I always said that I was going to go back and re-work my old Bezerkers and Thousand Sons once I felt the Plague Marines were done.

I started reading the novel Thousand Sons by Graham McNeill a week or so ago and, true to form, I've been bright-lighted by the prospect of re-imagining my old tournament army. I should stop reading! 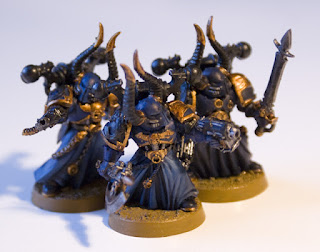 I was never happy with the models I had (above) as they were never finished. This was before the days of metal or finecast upgrade packs, so were made up of standard marines with old school TS metal shoulder pads. I ended up with 3 units of 8 marines and a sorcerer plus a Sorcerer HQ.

So what to do with them?
I never liked the blue scheme and was always drawn to the red and gold vision of the pre-heresy Sons. However, unlike the Plague Marines I will not be doing a complete army. I want to refresh the units I have and maybe get them a Rhino or two.

I found a Pre-Heresy Thousand Sons army by Proiteus on Deviant Art and it inspired me further. 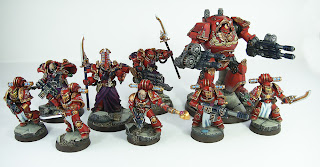 Rather than just do a repaint I want to re-model the units slightly. They will still be chaos marines, but with the pre-heresy scheme. I also want to update the shoulder pads and change the heads. I am, however, torn on which direction to go with the heads… 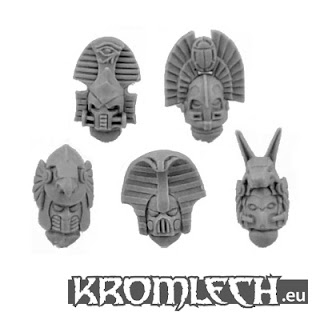 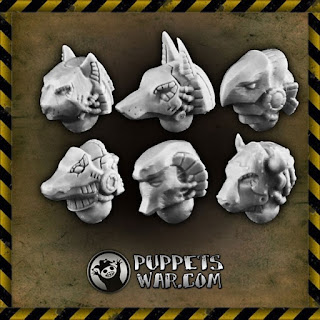 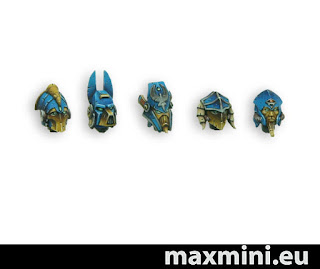 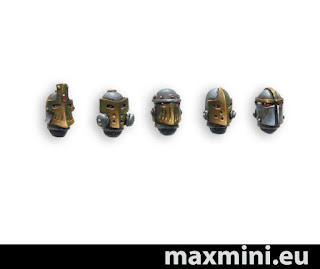 or the Maxmini Steam Knight heads? 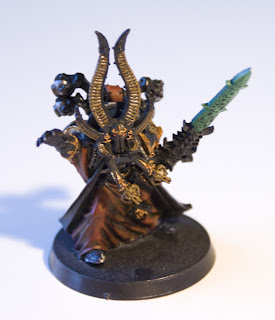 Once the units are done (and I may reduce these to two units from the existing three) I can have a look at the HQ. My Ahriman model was ok in theory apart from his zombie hand. 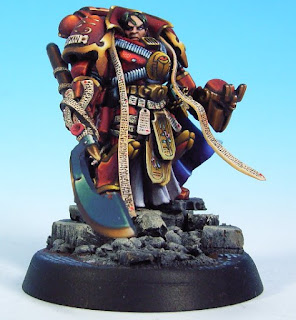 When researching pre-heresy HQ choices I found the above image on Litanies of Hate. He epitomises the direction I want to go in, but maybe without the non-metallic metal look. He is certainly an impressive (and intimidating) model to have as your HQ. After my Typhus conversion I feel the Thousand Sons deserve a suitably impressive Ahriman to lead them, even if their role is reduced to Allies for a larger Chaos force.

BUT, before all that can start I need to crack on with the Plague Marines. Lots more to paint yet!
Posted by The Dark Templar