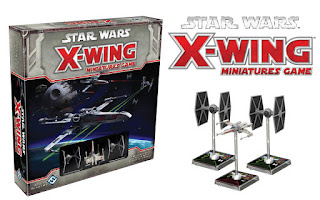 Not much to report on the hobby front, except that the greenstuff work on the Heldrake is now complete. I also managed to pick up some spray undercoat this weekend so I can actually do some painting now. Alas Batman and Harlequin may have to wait as the Plague Marines have to take priority due to an upcoming game at the beginning of Feb. The new Dark Angels codex has thrown some spanners in the works (like they get bonuses when fighting against Chaos) so I will be facing a completely different enemy when I visit Bull next. 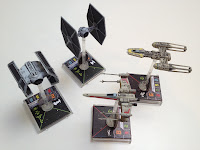 My new X-Wing Christmas present has been playing on my mind, I'm itching for a game. Having put the models together, making suitable sounds effects as I went, read the rules and watched several example games on YouTube, I'm quite excited.

In addition to the single X-Wing and two TIE Fighters that came with the box, I also received the TIE Advanced – now Vader can play a part in future games. In the post Christmas frenzy I picked up a Y-Wing to help balance the choices. 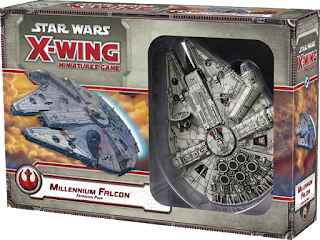 Even without having played a game yet I'm looking out for new releases. February will be a benchmark as two of my favourite Star Wars ships make an appearance. Not only do we get to see the Millennium Falcon debut – the largest ship available for the game by far – but also Boba Fett's Slave I ship is released. Even if I never play the game at all, these two models will be added to my collection. 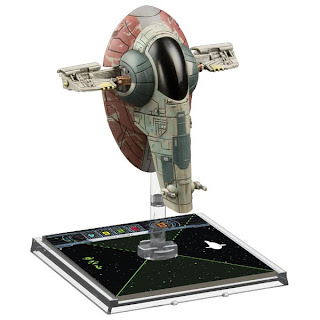 In addition to these two iconic ships we also get the A-Wing and TIE Interceptor. These will expand options available to both sides, offering some great maneuverability from what I believe. 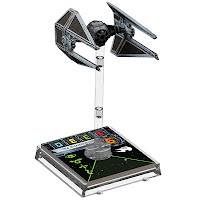 Looking through the rules the game seems very easy to pick up, at a superficial level at least. Gameplay seems very straightforward and depending how many points you spend on upgrading your pilot and ship you could be fielding a host of Academy graduates or a single well-known hero Luke Skywalker. The skill of the pilot dictates when you get to move and shoot, plus named individuals often gives you a special rule or bonus available only to them. 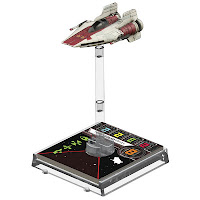 Anyway, without wanting to spend ages trying to explain gameplay (badly), I thought I'd include the official X-Wing tutorial video…


Hoping to get some progress achieved on the 40k front this week, so fingers crossed for some photos soon!