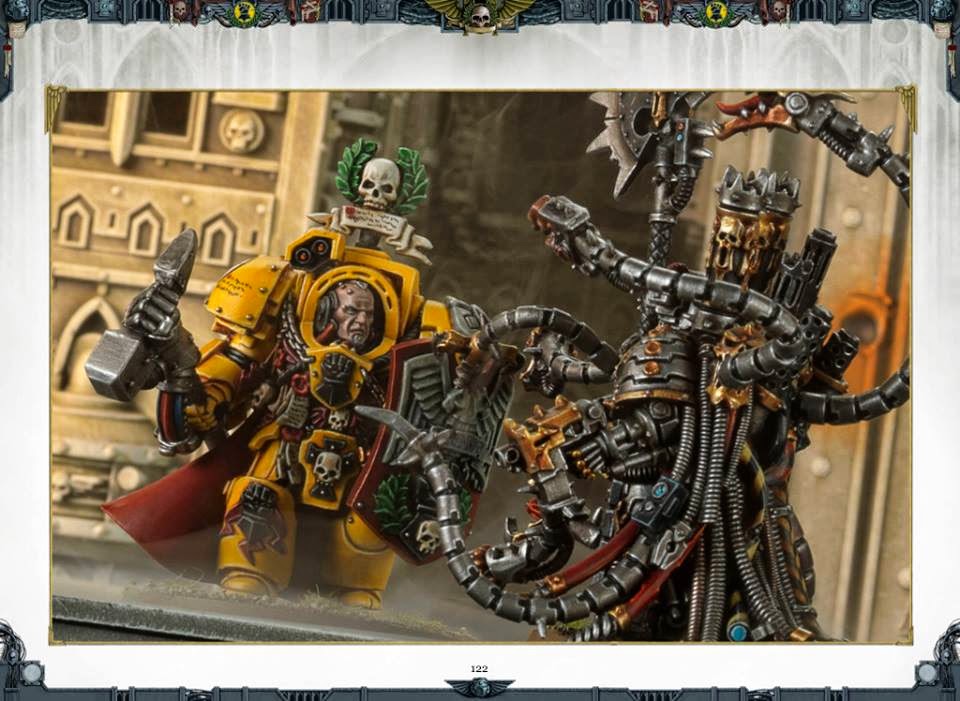 So the painting of the Imperial Fists continues slowly – snail's pace at the minute due to work and house chores. In the meantime I've been thinking about what I should be aiming for with my fledgling force.

The rule of thumb in the past was always start with a single HQ and two Troop choices. I appreciate that we now have Unbound army lists available, but I like the structure (and new bonuses) of the traditional Force Organisation chart. 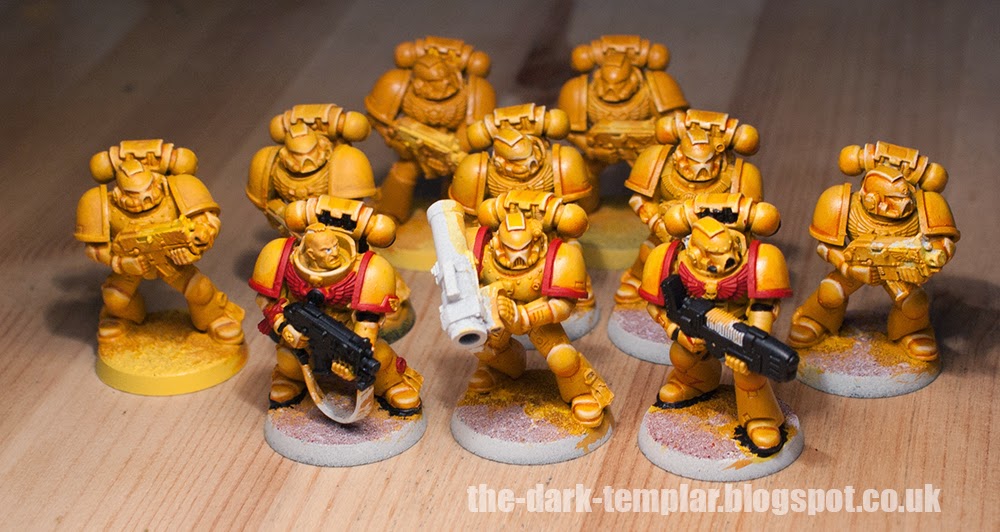 As you will have seen I have my 'test' Tactical squad well under way. They were my trial models for my yellow paint scheme so will always look a little rough around the edges but that's all good. I will be building a Heavy Bolter marine for this squad as I'm not sure the Missile Launcher will be the best choice. A second Tactical squad can be built relatively easily with the spares I have already. As for transports, I have one Rhino/Razorback  almost built but will need another pretty soon. 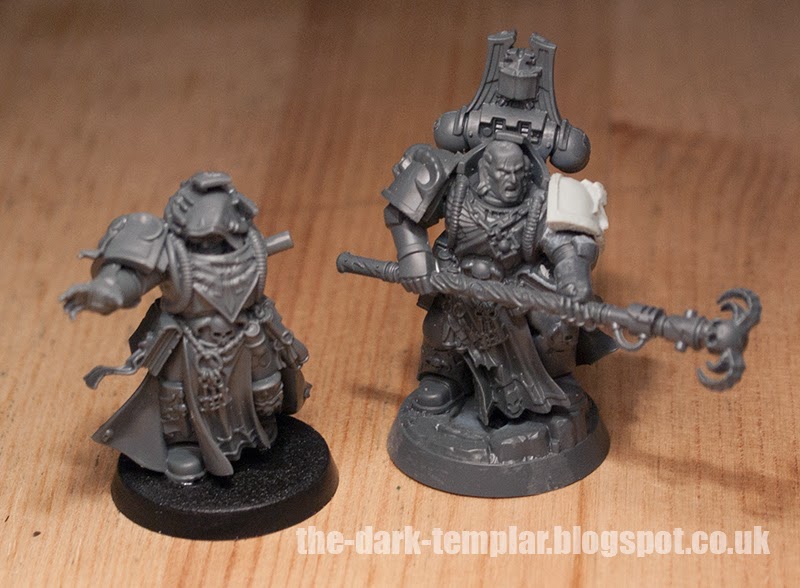 So that was easy enough, but what about HQ choices? I have several available, but not sure which way to go at the moment. Naturally I have Lysander – the monster that he is – but his points costs is quite a chunk for a starter army so I may have to look elsewhere. I do have a couple of Librarians, but I'm wondering if I'm better off with a Captain to begin with. From what I'm reading, something like the Burning Blade would be a good close combat weapon to be wielding, with some artificer armour and maybe a storm shield/iron halo. Either way, with the new Challenge rules (wounds overspill onto unit), having a combat monster in there seems a good idea, rather than a token character who will fall over his own breath in melee. Decisions to be made here, but as it's a single figure it can wait until late on.

I was lucky enough to 'discover' a Dark Templar dreadnought in a box over the weekend. I knew he was about somewhere, but hadn't managed to find exactly which box in the garage was hiding him.

The dread was painted up in the old Dark Templar green and black, quite a rushed job especially on his Lascannon and Missile Launcher arms. Needless to say he has received some TLC and is looking far more glorious and intimidating… as all dreadnoughts should!

Pictures of him, and the evolving Tactical squad soon.

With the first game against Bull's Orks coming up in just less than 4 weeks, lots of banter coming up soon!