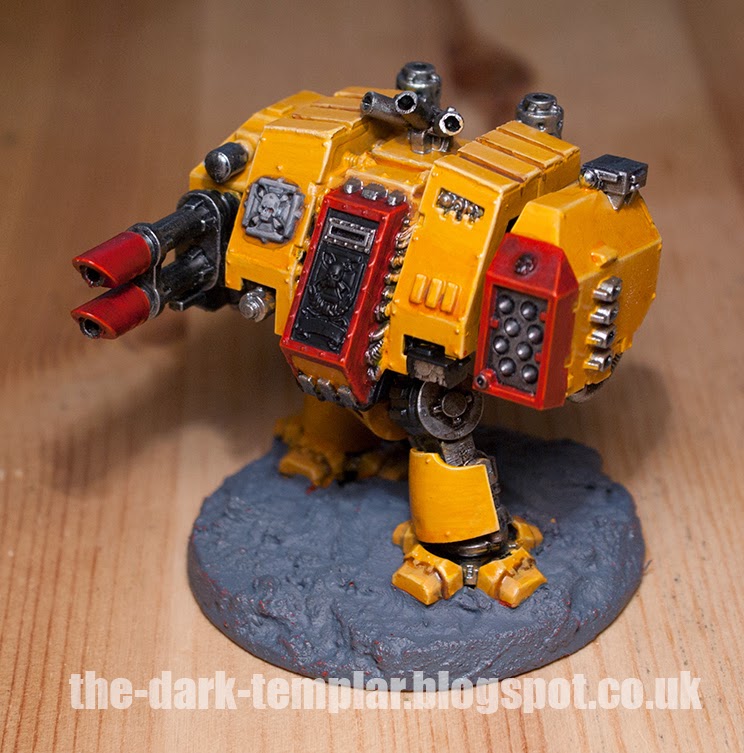 I mentioned last time that I had found one of my old Dark Templar dreadnoughts whilst on a routine sweep of the man-cave. There used to be two of them in my old DT army, both Las/Missile with extra armour and smoke launchers (strangely I cannot find any photos of them in their original dark green).

They were always a solid addition to any army list and participated in quite a few tournaments before I turned to Chaos. However, it was time they found a new lease of life. 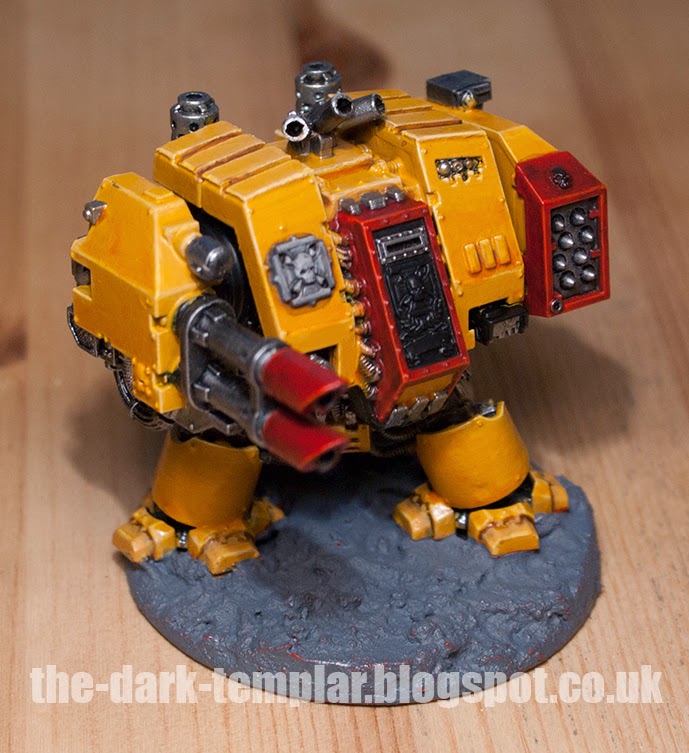 I've managed to get some paint on this guy, over the course of nearly two weeks – a little every day. It allowed me to expand on my yellow recipe that I've been developing and bodes well for the vehicles to come. The dread still need some details finishing but he's pretty much there and was a relatively easy win for the new Imperial Fists. 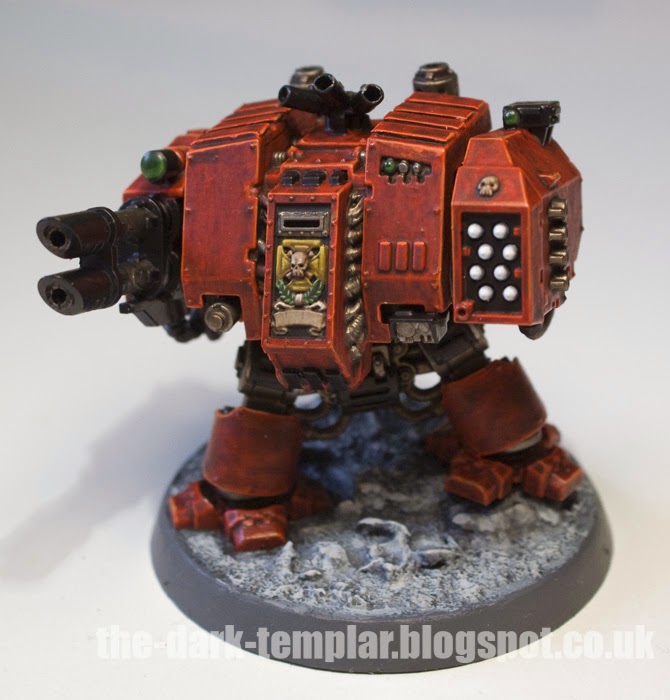 The other Dark Templar Las/Missile Dread 'twin' was last seen a good four years ago on the blog, as part of my fledgling Blood Angel army which saw its way onto Ebay a long time ago. Alas, with the quick win of the dread, the rest of the painting suffered. The Tactical squad were making great progress up until the dread made an appearance. I have promised myself not to put paint to anything else until this unit is complete, then they'll need their Rhino.