Time to relax, and an update 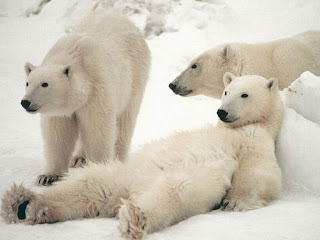 Things are winding down here on the blog for the next week or so.

We're away on holiday in the Lake District for a few days, but more importantly away from work, and life in general, which is burning me out. There will be no internet in our cottage there so for the first time in… ever, I will be cut off from the rest of the world. Just us, a corner shop, 5 pubs and a Michelin star restaurant in the village which will be great! There is a minor pit-stop in Wigan on the way to meet up with the family for lunch – this may or may not add to the stress level, we will see.

I've been desperate to get some painting time in but end up building something new instead for the blog or the Malcontent project. I was considering having a few posts on a scheduled publish but decided I didn't need the extra work – there's nothing ongoing that can't wait.

Had another game of Malifaux last night against Rasputina. I have been mixing up my Guild team for the last few weeks, introducing the Guardian who is causing Fugs a few problems. This week the construct teamed up with Sonnia, Sam and Nino plus a couple of Mercs and the totem. Raspy brought her new toy too – Snow Storm. We rolled Shared Distract which made for a lot of fun.

Highlights included the Convict Gunslinger getting multiples of Trigger Happy against Sam, causing a lot of wounds and finishing him off with a Red Joker – not sure there was much left after that. This was swiftly followed by Nino Headshotting Hans, and having just blown all his cards against Sam, Fugs had nothing to discard so Hans died.

Having charged into combat with the Guardian and Totem, Snow Storm (with a Gamin in tow) was having a field day but couldn't quite finish things off. Sonnia stepped in with her Runesword and killed the big man who exploded in great style taking out the Guardian, Totem and Gamin in one go – that's how to clear the room – only Sonnia left standing. In the final turn Rasputina had frozen Sonnia in place unable to get across the halfway mark of the board for her points and standing within a few inches of halfway herself. Unfortunately Fugs got a rush of blood to the head and had two shots at a nearby Witchling (which were both dispelled by Sonnia) only to realise that his final AP would only get him 3" nearer to my side of the table – 1" short!!…gutted.

We've got some time to go away and contemplate the outcome and conjure up new ideas.
Posted by The Dark Templar