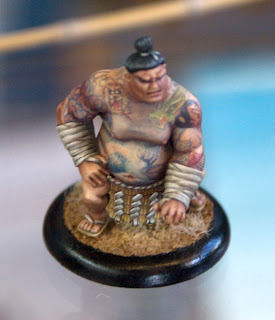 Myself and Fugs made the trip over to Crystal Palace in South East London to the SELWG show. As I mentioned in a previous post, I used to be a member of this club and it was funny to see the same faces doing the same things (or not) as past events.

This was Fug's first ever wargaming show and I thought it would be a gentle introduction as it would be mostly historical stuff so he wouldn't get to full frothing factor until Salute next year. I was hoping there would be odd game of Malifaux and the opportunity to pick up some new bits. As for myself I was mostly looking out for terrain and some basing gear. 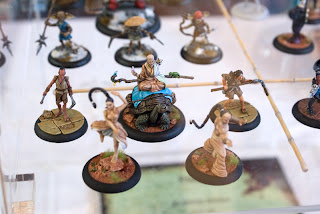 It was well and truly historically orientated, almost to the point of excluding everything else. There were bits of Games Workshop gear dotted around, but nothing comprehensive (I was looking for Citadel Woods to no avail). There was no Infinity to be found and a couple of traders with token Malifaux stock, no demo games. Even Warmachine/Hordes was difficult to find – this was definitely a historical event. 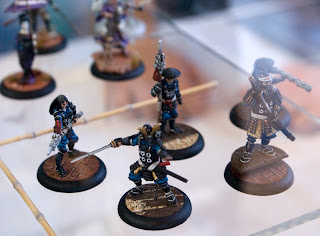 However, one trader stepped in to save the day for us and that was the Bushido guys! I wasn't expecting to see them, but it was great to see their stuff, watch a demo game and chat to them about upcoming bits. The painting on their stand was at a whole other level to the rest of the show, and I was sorely tempted to pick up some of their figures. Bushido is 32mm, so the same as Malifaux and they do have some lovely models in their ever expanding range. 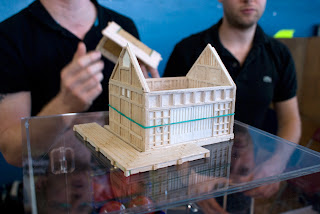 One thing they did talk through with us was their prototype building. The intention is for it to be modular and reversible, so the same kit could create a small village of unique buildings. Very inspirational stuff. 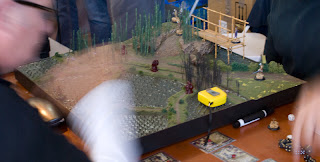 Their demo board was also very inspirational (apologies for the blurred photography) and have given me lots of ideas for Kirai orientated terrain!! 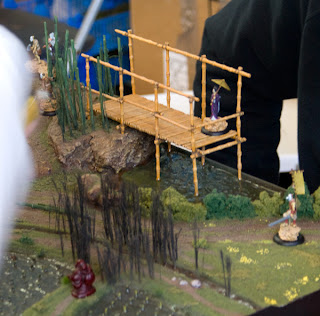