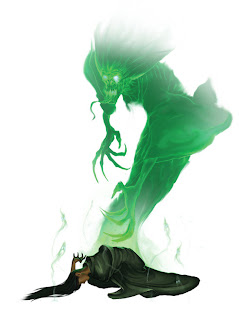 I was canny enough to purchase Avatar Kirai during GenCon weekend. It was the only mini that I was interested in, available at that time, that would not go on general release until 2012 (according to the Wyrd forums).

Although I have no plans to game with my Kirai crew until the new year, I wanted to give this model a go after the lessons learned from building Avatar Sonnia Criid recently. This will be a slow burn, partly due to not needing it till next year, but also because I am still in the process of creating a 50mm Bamboo resin base for the model that matches the bases for the rest of my crew. 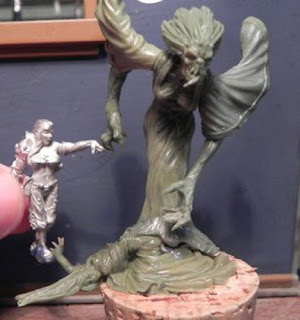 Using a reference photo from the net (above) to help me with positioning the various pieces I began. Taking the collapsed Kirai figure I glued the psycho Ikiryo into place. No pinning at this point. This gave me a footprint for creating my bamboo base, so I knew what space I had to play with, add detail, etc. 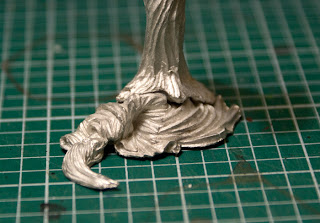 With the base underway I returned to the model. I clipped off the peg on the monster's neck and pinned the head into place. This would do for now. 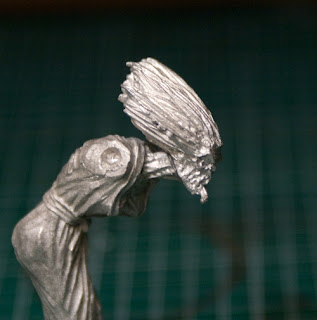 I turned my attention to the arms. I don't know about you but the idea that the apparition has well-finished ends to the sleeves is silly. This thing is meant to be evil and highly unlikely (in my mind) to instill fear in a well-tailored garment. 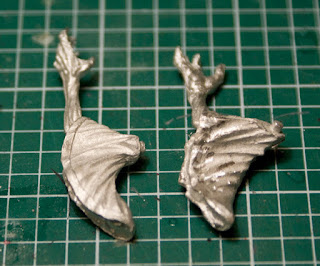 I set to with the dremel, grinding off the hem of the sleeve. I will go back later and make the edges more ragged, but with the limited time I had today this will have to do for now.