In Need of a Doctor…? 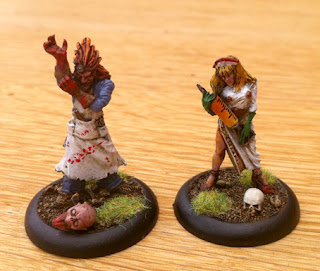 Some of you may have heard me mention my gaming buddy Bull. I joined his gaming group just over 10 years ago when I moved to Tunbridge Wells, just 5 minutes round the corner from him. Since then we've clocked up hours of gaming and even longer talking about gaming; we've been to tournaments and to gaming shows – the works. A couple of years ago I moved away to Folkestone and soon after got married. Bull did me the honour of being my best man for the day and utilised our rich gaming history as the linchpin of his best man's speech – many guests had never heard of the hobby let alone that I was involved in such seedy things. Since then, even though I live a good hour away, we get together a couple of times a month to log a few games of Malifaux.

He sent me an email last week to say he'd been under the weather a bit and hence not been in touch. I discovered that his 'under the weather' was in fact something much more serious, life threatening even, and that he had pulled through the immediate danger thanks to his positive nature and sheer willpower. Needless to say he's given a lot of people a bit of a scare – he's the type of guy who has more friends than Facebook could ever hope to cope with and he has been best man/godfather too many times to remember. A lot of people love this guy. 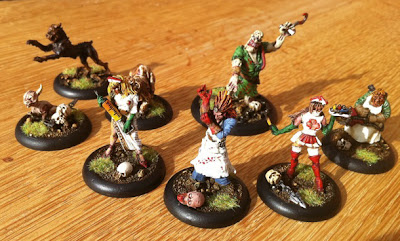 As part of his recuperation it was thought that a spot of miniature painting would help. Needless to say, in true Bull style brimming with enthusiasm, within a couple of days he has assembled and painted his new Malifaux crew – Dr McMourning and his sexy nurses – as if some twisted dream during his recent hospital stay had come to life. I have no doubt that I will be on the receiving end of the Doc's shenanigans very soon so I had better prepare myself.

So, here's to you Bull – Gentleman gamer, generosity and positivity incarnate. Get well soon sir.