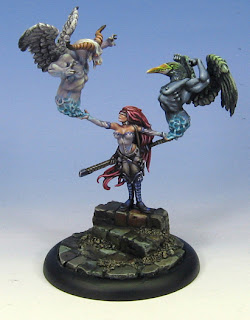 I have to hold my hands up and say yes, I was one of those geeks who kept checking the Wyrd website every 5 minutes yesterday to see if they'd added the Gencon releases to their online shop. Needless to say it happened at some point last night while I was out so only saw it in all its glory this morning – or I would have if the website wasn't sooooo slooooow. Not a good start to the weekend's madness if the website can't handle 400 visitors at once, while the bulk of the US was still asleep.

I got so swept up in all the pre-Gencon excitement and was going to order this, that and the next thing over the weekend until my sensible chip kicked in and I realised how daft (and expensive) the whole thing was for someone living in the UK. I've decided not to order anything and wait until the models are naturally released here. Let's be honest, I've barely played 10 games of Malifaux so I'm hardly up to using avatars.

I thought I would give a bit of a perspective on all the models available this weekend, or at least the ones of note, starting with the models that will impact me directly.

Lady Justice Avatar (pictured above)
I was very nervous about this model. The miniatures being shown on the forums were quite hit and miss and I was dreading Lady J being a duff. When it finally did come to light I have to say I was pretty pleased. The concept is fantastic; the ram and crow are ludicrous – too big and rather comical; Lady J's stance looks a bit odd but all in all a reasonable model. I will without doubt be purchasing this at some point although I may have to alter the crow and ram, scale them back a bit. 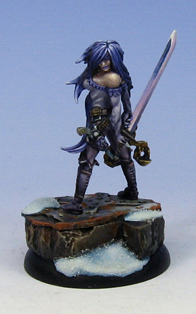 Lady Justice Alt
I have always liked the illustration in the front of the Rules Manual so it was quite pleasing that they used that as the basis for the new sculpt. I have to admit I don't like the paint scheme used to demonstrate the model – the original green that was leaked onto the forums looked good. It is highly likely that I will purchase this at some point but I love my original Lady J, so no rush. 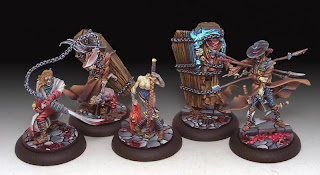 Dead Justice
When the dead Lady J illustration appeared on the forums and the general consensus was that this was her avatar I was freaking out big time. The idea for this box set is fun but I never saw it seriously as a development of her character. The sculpts are very cartoon-like which makes for a great limited edition set, even if there is a whiff of Privateer Press about them. I will not be purchasing this. 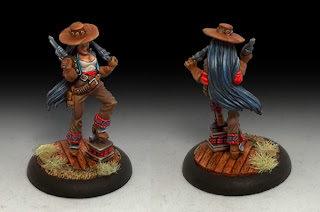 Perdita Alt
This was the model that I was hanging on to see before ordering online or not. When I clapped eyes on it this morning I was pretty devastated – one of the worst models in the collection so far. Take into account Lady J and Perdita were the two miniatures that attracted me to Malifaux – they oozed sexy and dangerous in equal amounts, were delicate and vulnerable at the same time. This sculpt has lost everything I love about the original Gael Goumon Perdita sculpt. It's cartoon-like in a similar fashion to the LE box set; she's covered up all her bare skin; she's waving her pistols around like she's never used them in her life, or is completely pissed; she appears to have no neck and put on quite a few pounds from the delicate teenager of the original. So much could have been done with this model in terms of dynamic movement. Very very poor – absolutely gutted – I will not be purchasing this. 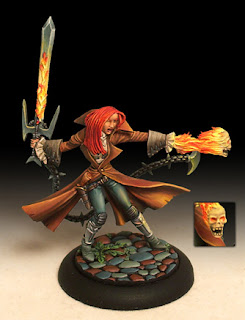 Sonnia Alt
As the third female in the list of Guild masters it was inevitable that I would purchase Sonnia at some point – currently on order. I'm not a fan of the original sculpt so the fact that this version comes from the illustration seen in the Rules Manual is great. My only concern is that in the above photo she looks a bit ugly but I'll reserve judgement till I purchase the model. Her avatar is fantastic, very iconic, and is definitely on the shopping list. 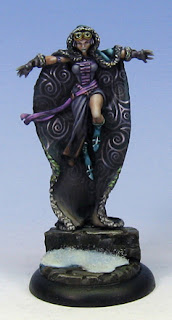 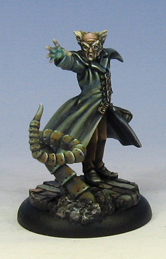 Other models I love
Many of the alt sculpts have come from Rules Manual illustrations it seems, which is great in theory as they are fantastic. The reality can sometimes be less impressive but with the Ramos and Rasputina alt sculpts I think Wyrd have hit home runs – cracking sculpts and whilst not on my shopping list per se, may end up on my painting table just for the experience. 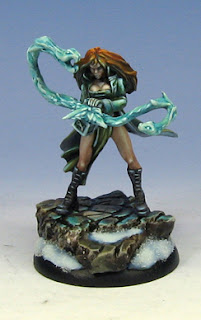 Never a fan of the original Pandora – may be the sculpt may be the paint scheme – this alternative hits home big time. More dynamic, sexier, more intimidating. Love it. 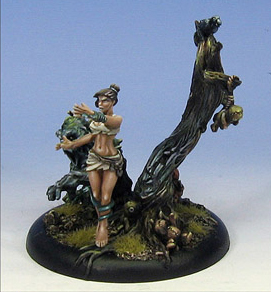 The artwork for the Zoraida avatar was quite frankly stunning and a bit of a shock. I don't feel the final model quite matches up but it's by no means bad. Maybe if I ever get into Neverborn I would look at this more closely.

I also like the Seamus Avatar. The Mr Hyde concept is fantastic and very much in keeping with the Seamus character. Detest the alt sculpt as this has gone off on a tangent somewhere.

I noticed that the Kirai avatar is not now available at Gencon. I can only assume there were production issues. I love the concept in the illustration leaked so far so am looking forward to seeing this model in the flesh. 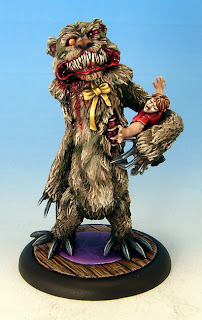 Now you're just being silly…
When I heard that the Nightmare release for this year's Gencon was Teddy I got quite excited. I don't play Neverborn but the original Teddy was so iconic that the concept of a nightmare version was very intriguing and filled with so much potential the mind boggled.

Unfortunately, what we got was…well, something akin to a rabid meercat …simples!

All the charm and cleverness of the original is gone – it doesn't even look like a teddy anymore!

This was definitely one instance where my reaction was "Really??!"

Following close behind this fatally missed opportunity is the Marcus alt and avatar – Really??!

Final thoughts
I have to say on the whole I'm rather disappointed so far. Don't get me wrong, I'm amazed at the volume of models being produced and Wyrd have a very healthy relationship and dialogue going on with their customers and fanbase. For that I applaud them. However, I do worry that in an attempt to outdo themselves they have actually taken a step backwards in terms of quality of sculpts. The models released with books 1 and 2 of Malifaux have been for the most part stunning and, whilst we've only seen a snapshot of the models for book 3, I do hope the quality for book 3 is as good. Maybe it's because the original sculpts were so good and so we're walking on hallowed ground – like George Lucas and the Star Wars Special Editions and Prequels. Let's hope things don't go all Jar Jar!

I would love to hear other people's perspectives, especially if you play Malifaux, and how these new models will (or not) impact your gaming.
Posted by The Dark Templar