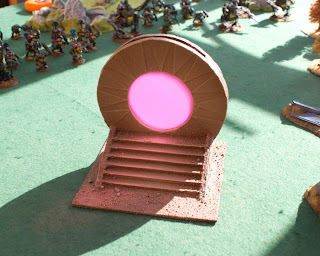 Something a bit different today – scenery. 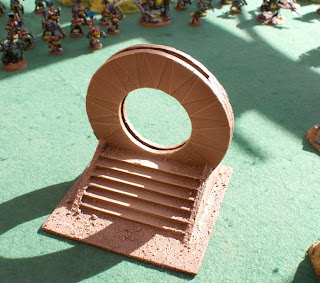 I don’t make much of it, but when I do they tend to be campaign pieces. This Stargate (or warpgate depending on your perspective) was such a piece. I wanted to have in both an ‘on’ and ‘off’ state, didn’t want to have to paint some artistic swirl to represent the warp, and didn’t want to involve any electronics to get a glow. 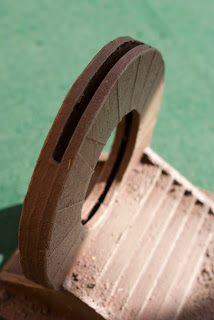 As you can see the gate itself is just foamboard. Three rings stuck together, with the middle one missing its top quarter. Once built, I constructed stairs for it and glued everything onto a hardboard base. The whole lot was caked in masonry paint to get the stone texture, then once dry I painted it Beastial Brown and highlighted several times with Bleached Bone. 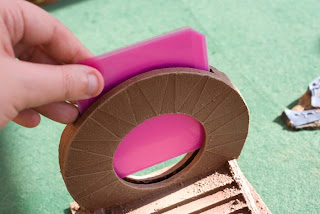 The ‘warp’ itself is simply a polyprop school folder bought from WH Smiths (or any stationers for that matter). I purposefully chose the shocking pink for effect. I cut it up into several rectangles of the same side and taped them together – I didn’t want it to be transparent, hence the multiple layers. 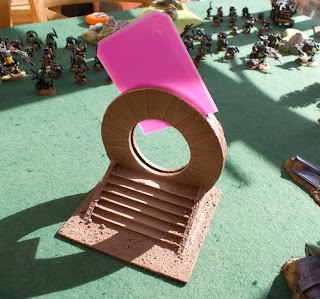 And that was as complicated as it got. Leave the gate empty to show it in its ‘off’ state, then drop in the polyprop, put a light source behind it, and there you have a Stargate in effect!
Posted by The Dark Templar