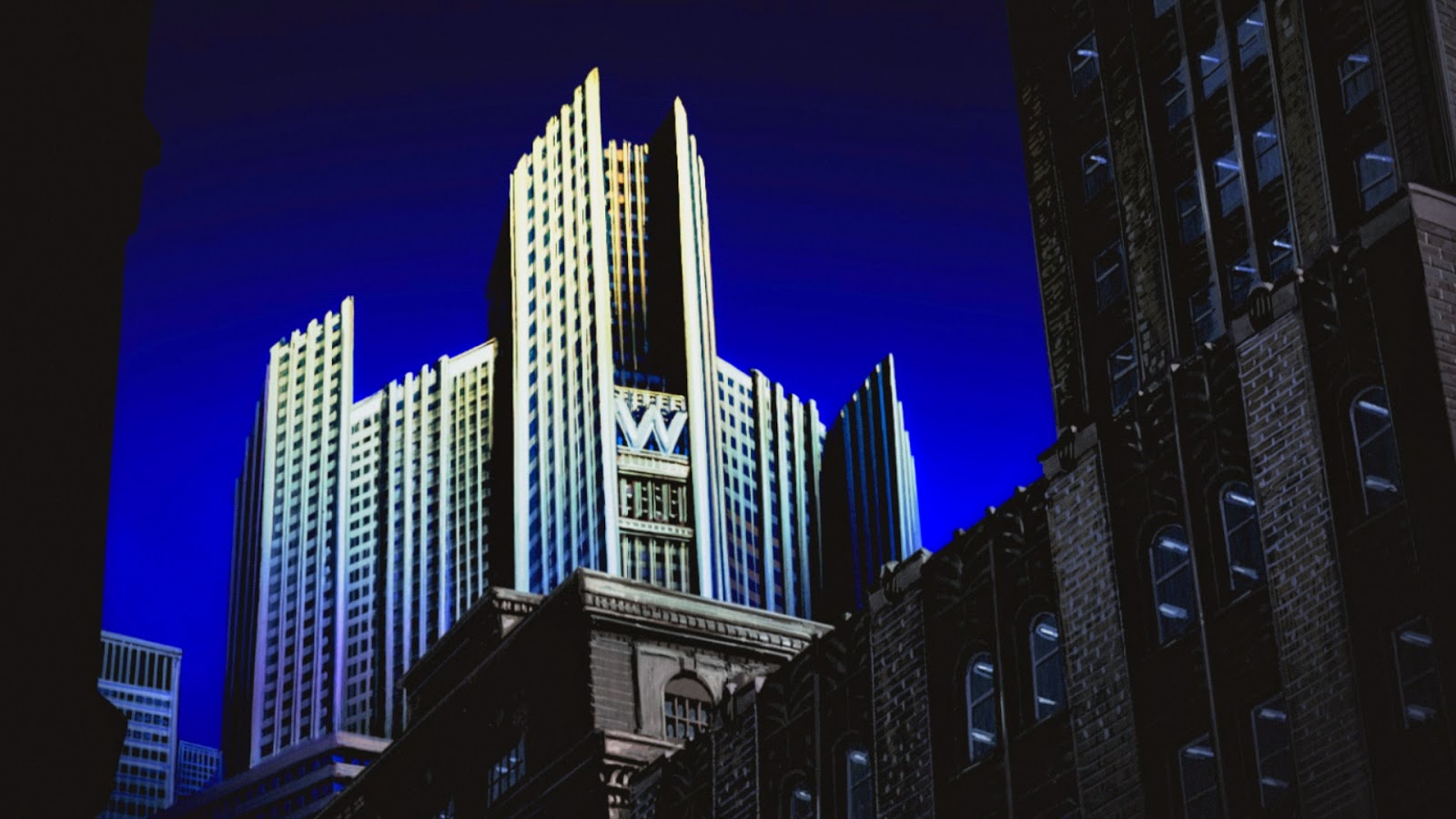 After last week's look at the idea of a new Gotham gaming board I thought I'd move on to possible terrain for said board. 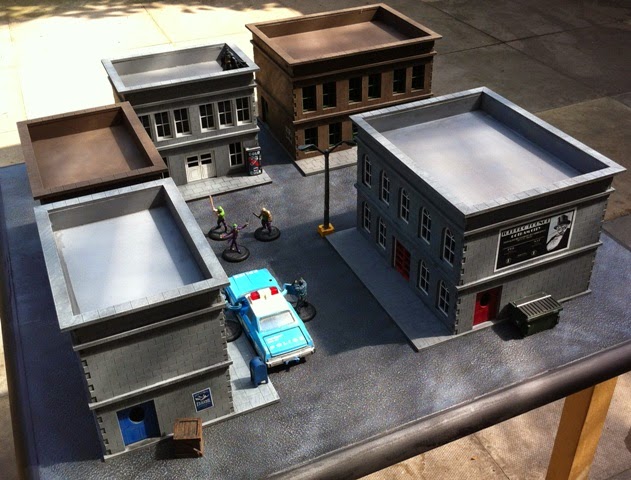 Many of the example Batman boards you see are made up from Sarissa Precision 'City Block' mdf terrain. It's rather close to what you would expect downtown Gotham to be like and is certainly one of the best options available at a reasonable price. 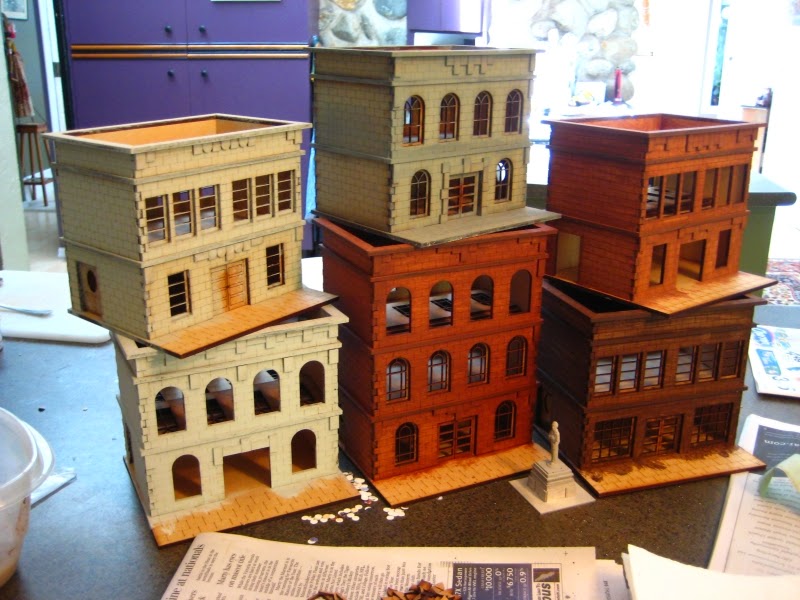 My only worry is that it would start to look a little samey, so you'd have to mix up these building with some more 'unique' pieces. 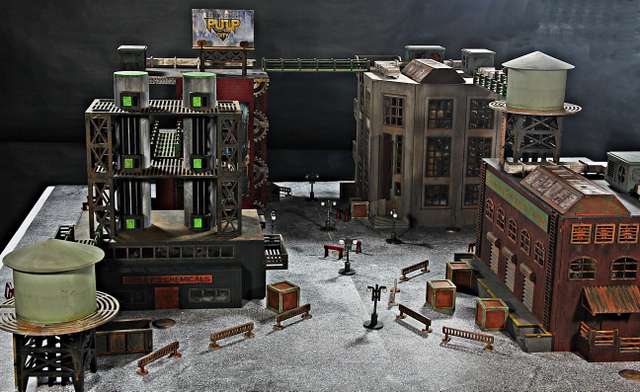 As an alternative, I was pointed to a Kickstarter for mdf terrain – Warehouse District by Impudent Mortal – which I found very inspirational. I have no intention of pledging for this particular kickstarter but there are some cracking ideas here and the style of terrain could be easily replicated in foam board… with a bit of time. 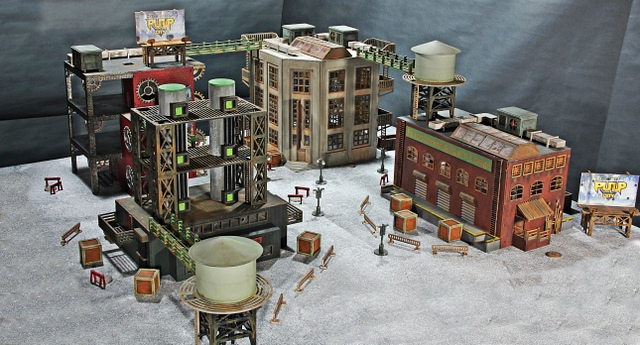 I did post the link to the Arkham City Limits facebook group to share this new found gem but was promptly flamed by other members then had the post deleted because promoting Kickstarter is against the rules. Needless to say I am no longer a part of that group! 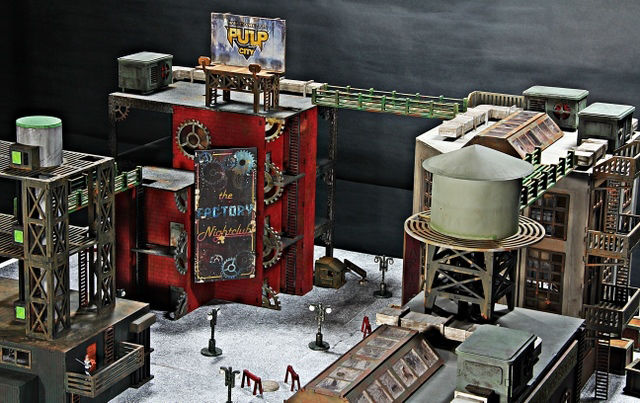 If you can't share inspirational terrain links with fellow gamers, kickstarter or not, without being shot at then it's not really an open-minded group. It seems that there are some downsides to being made the official Batman facebook group! 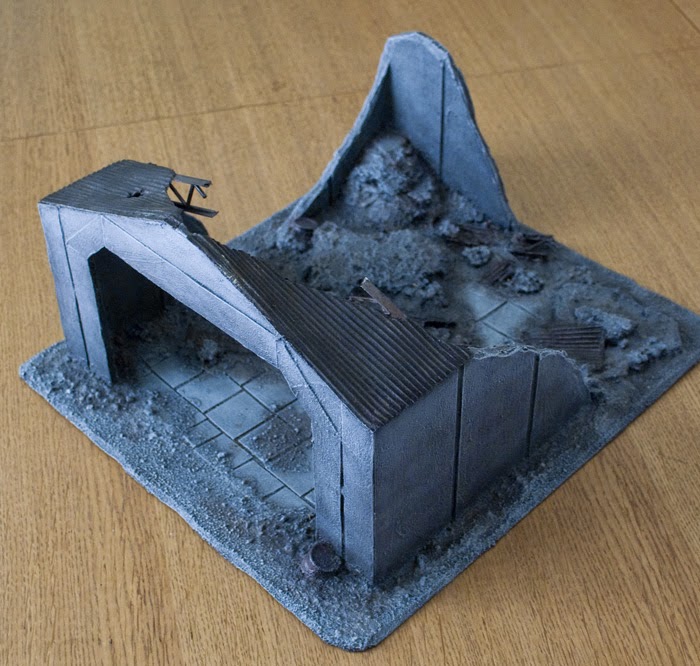 Talking of foamboard, the other option is to go pure DIY. The piece above is along similar lines to the Warehouse District stuff, and didn't take that long to make. 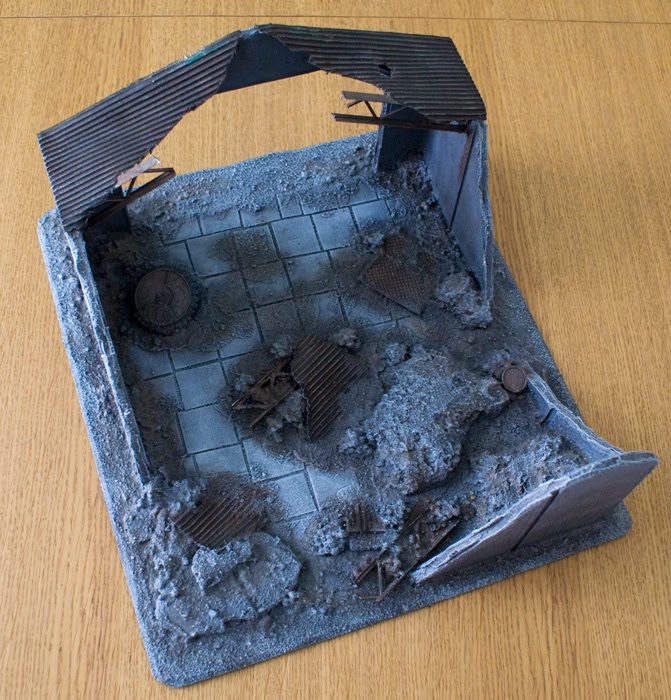 However, at a time when time is at a premium, making one's own terrain may not be the best use of it. Time vs money. 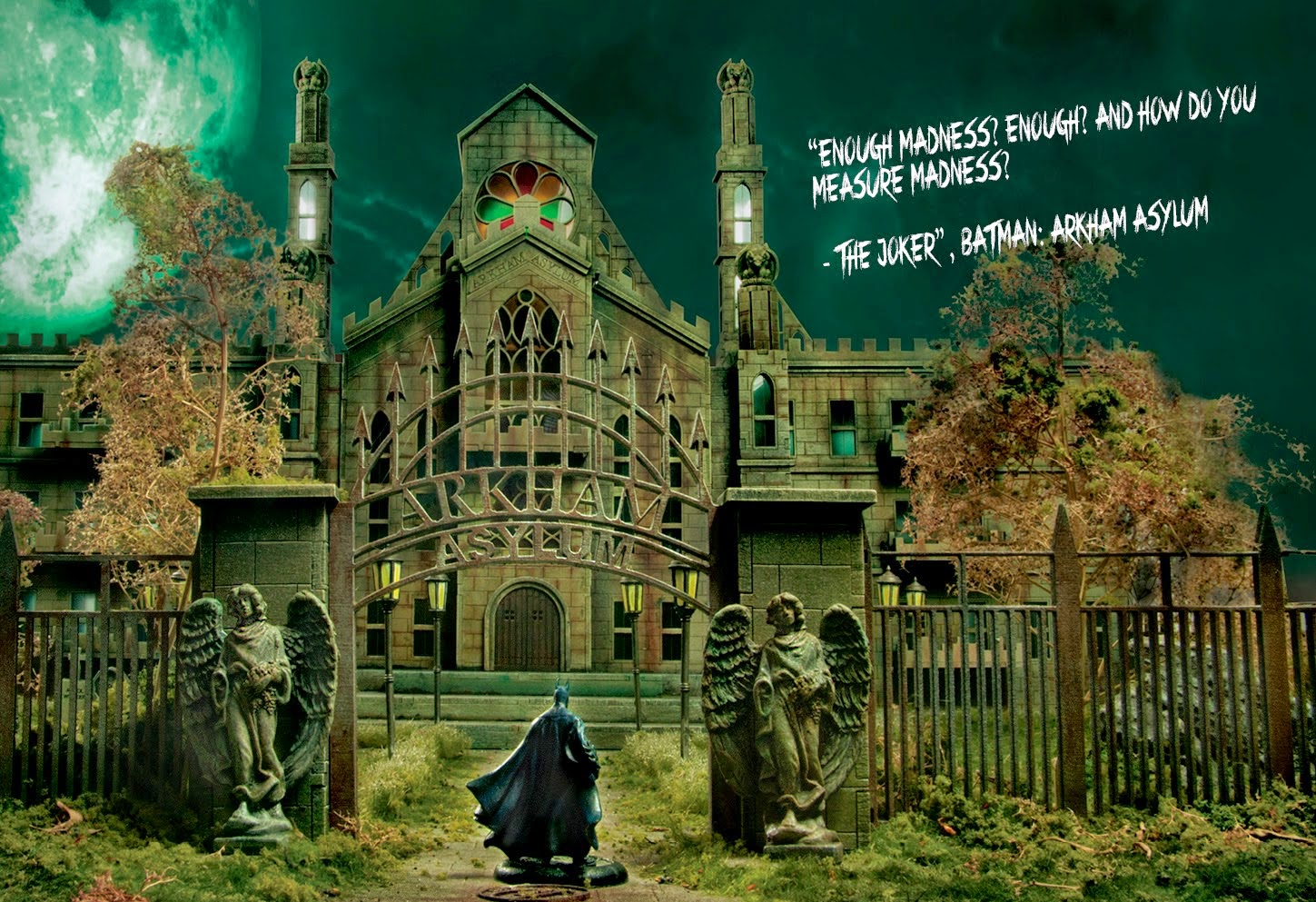 And where money is no object, Knight Models will be releasing (eventually) some official Gotham buildings… maybe not for a 3x3ft board though! 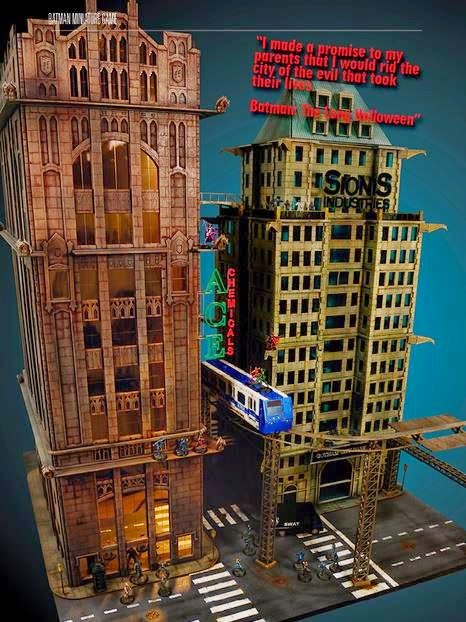 Don't forget to check out Bull's Fun Fair terrain building as he creates a Joker themed gaming board!