From Beyond The Grave 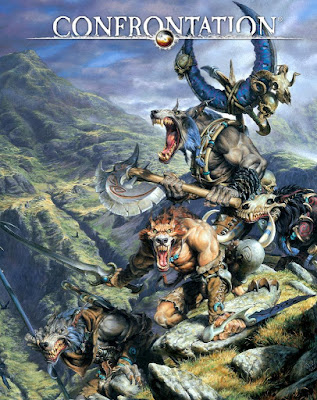 With all this recent chat about favourite models, my thoughts inevitably found their way to Rackham – creators of Confrontation and purveyors of some of the finest models ever seen.

They punched above their weight due to employing incredibly talented individuals and kept an excellent attention to detail throughout the miniature-making process (I can't comment on the game itself as I never played it). They were ahead of their time. When the company was resigned to history back in 2008, it signalled a great loss to the gaming community and proved that nobody was safe from the recession. As a fan of their work I was simply devastated.

I have spent time since then trying to collect the odd model here and there off Ebay, but prices are creeping up to the point where it's not really a viable option. I still have a lot of their models but I had come to terms with the fact that there were some models on my wish list I just wasn't going to get my hands on. 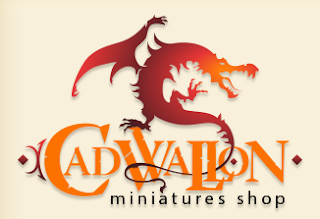 A chance internet search the other day led me to a website called Cadwallon.com which blew my mind (Cadwallon was Rackham's RPG and is now a board game by FFG). It appeared to sell a large proportion of models from Rackham's back catalogue. Not only that, but there were links to a Confrontation community that is alive and kicking and ready to release the next version of the rules (the website's in Italian so you'll have to translate). The community website has access to lots of Confrontation and Hybrid stat cards and copies of Cry Havoc (Rackham's quarterly magazine). Wow. 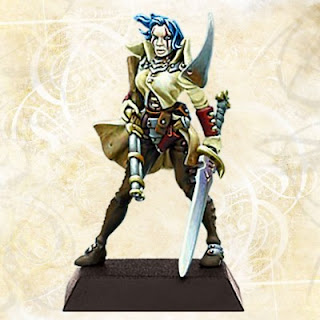 Well, I couldn't let this one go without testing it out, so I ordered the miniature I've been after for years… Misericord. I placed my order and an hour later got a Paypal invoice. Once I'd paid and received confirmation I waited patiently to see if it was all a scam. Yesterday I got confirmation that a package was on its way from Ukraine, so I'm starting to get a little excited.

If this turns out to be a sure fire way of getting old Rackham models then I am going to be over the moon. This could become my favourite website ever.