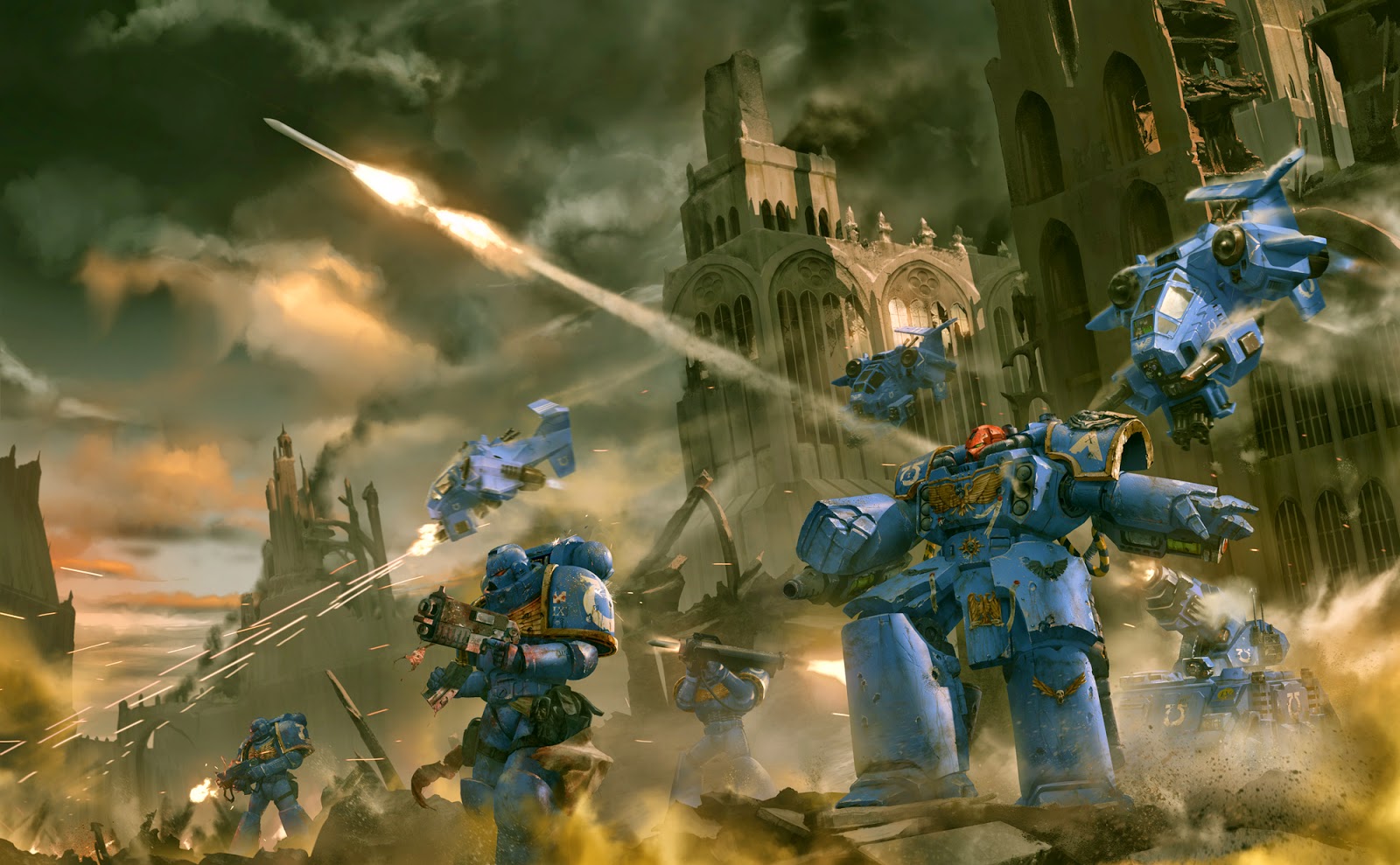 My very first gaming experiences were thanks to Warhammer 40k. It was the imagery and background that drew me in first of all. Like so many other gamers, the Space Marines just pushed my buttons. I loved the concept, the models… just perfect.

Years later I eventually got to play a game, and I was hooked. The gaming became an obsession and after my first tournament there was no looking back. I had five years of thrills, highs, lows and shiny model addiction. During the many tournaments I got to play in, I saw regular examples of individuals who will twist the rules and codex lists to the extreme in order to win. I've also seen plain-as-day cheating and it was this that ultimately led to me retiring from competitions.

Don't get me wrong, I've played some amazing games in tournaments too. I've met some amazing individuals and some very 'fair' gamers who had no interest in cheating. There were a lot of ups to the plethora of downs. I even managed to win a bit of silverware here and there.

Nearly ten years later and my cynicism for everything 40k-related couldn't be worse. I've seen the company that sold the game evolve into something akin to a drug dealer. From a gaming perspective, the product is ropey at best. The rules have been broken for a long time, each new codex ramping up the power factor so that gamers felt the need to switch allegiances and buy the latest model just to compete. Each new edition has been a band-aid to an amputated limb, but up until the end of 5th I was neck deep in it that it didn't seem so bad.

I wasn't terribly impressed with 6th Edition. It brought elements of Apocalypse gaming to the regular table and the points creep for models meant you had to buy more for a standard game. It was all starting to get a bit corporate and the quality of the gaming experience seemed secondary.

Then they drop the bomb that, just two years later, 7th edition is coming out. This screams of "we need a cash injection" and I object to it. They've been pumping out the codexes for the last 18 months at a phenomenal rate, none of which seemed to be anything special (aside from having a huge model added to the lists). It just seems to me that, while other companies are spending time producing innovative and more exciting rulesets, 40k gets re-issued again and again with a couple of tweaks and a shiny new cover. Of course the price goes up each year (or maybe the print quality goes down).

They even killed White Dwarf, a publication with so much history and significance it deserved better. Anyone viewing the new look, weekly version of WD will see something that was put together in Microsoft Word with less graphic design skill and attention to detail than my 68 year old mum applies to her church newsletter (I kid you not). It's a disgrace and after the mistake of downloading the first edition, I will not buy another. Don't even get me started on the diabolical proofreading done by the company overall, it's been bad for years – especially for such premium products.

If it wasn't for the fact that the company continues to produce some pretty fine models, I think they would have disappeared off the face of the earth by now. The models are truly superb (for the most part) and the fact that most of them are plastic is a major bonus in my eyes. Alas, again, they insist on taking the piss by increasing the prices of these models to loan-shark levels. 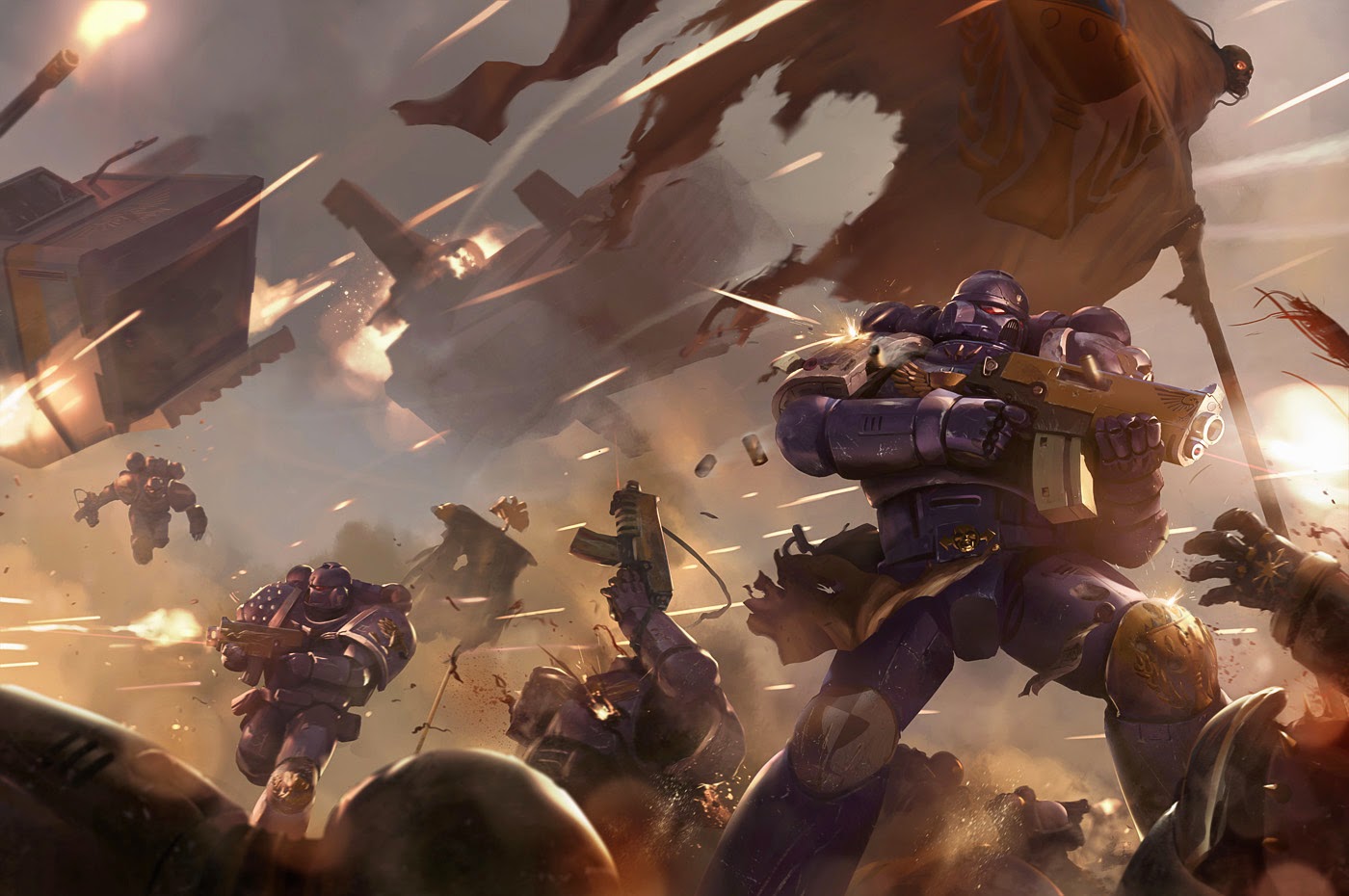 But back to 40k. The free for all started with the allies rule in 6th edition: Why stick to one army or one codex? Take multiple mini-armies, getting the best out of more than one codex to help you win. The latest evidence for 7th Edition highlights the new 'Unbound' rule as a major selling point. What is 'Unbound' you ask? You get to field whatever models you like. No more "1x HQ and 2x Troops minimum" or sticking to a Force Organisation chart. Field whatever you like!

The masses have been cheering at this new found freedom and what a breath of fresh air it brings. I'm sorry, I just don't see it. How can having no structure in creating an army be a good thing? In friendly games (where gamers have a bit of sensible and balanced creativity) you've always been able to do what you like – it's up to you how you play your games, it's just a bit of fun. In tournaments, I don't see how letting people take whatever they like is promoting fair and balanced play. You may get a bonus for sticking to a Force Organisation structure but big whoop – crap covered in diamonds is still crap.

This seems like the next step in the company's plan to let anything go so that you buy lots of everything. Once again, the gaming experience has escalated to the next level where the lines between 40k and Apocalypse have blurred even more and the whole thing is becoming a mess. This begs the question, where do you go with 8th Edition, once it's a complete free for all?

I gave up my support of 40k some time ago, as you may be able to tell. This latest re-issue has proved me right to do so (in my head at least). I'm struggling to take anything positive from it. There are far more interesting and innovative gaming companies trying new things out there, who are far more worthy of my support and money. I still have my 40k armies, all 6 of them. I will go back to painting my Nurgle and will play 40k now again again against Bull. I just refuse to be a mug, following the Pied Piper of Nottingham blindly when there are better quality rules and more fun games out there.