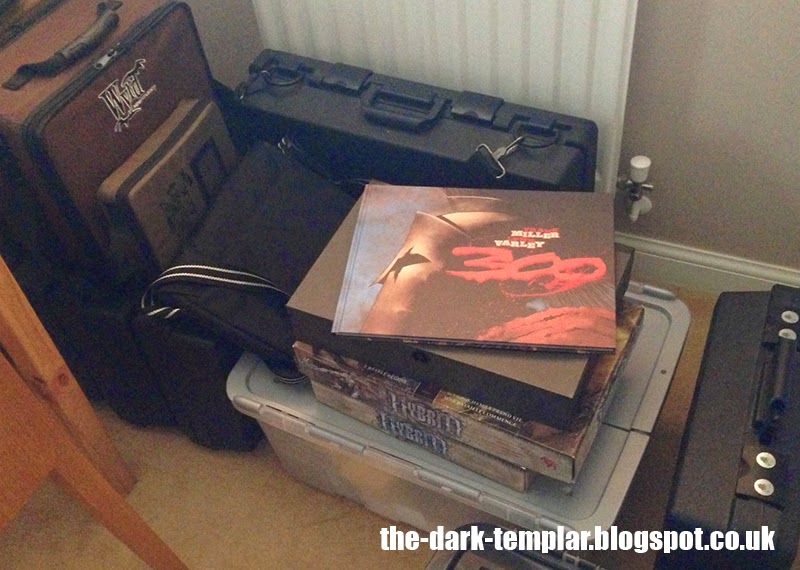 I've been preparing for this week for eight months now, but it doesn't seem to matter. In four days' time we will be moving house. The prospect of having to get everything out in a few hours is madness to me – up to this point I've only ever lived in rented accommodation so could take my time over the course of a week to move. 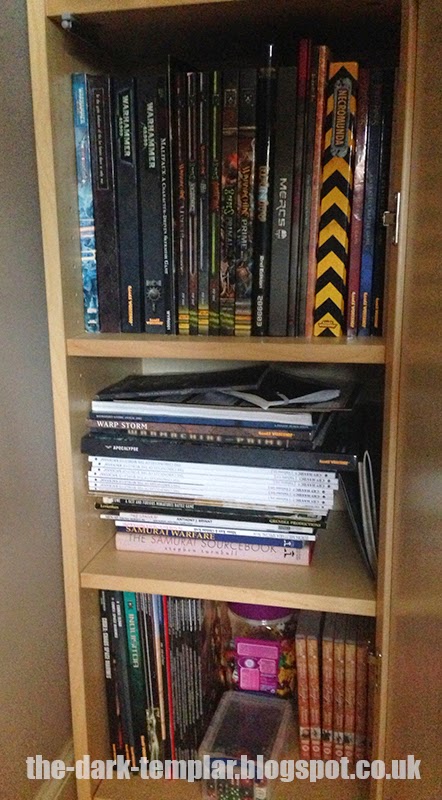 What makes this even more interesting is that I seem to have more hobby stuff than ever before, despite ebay sales and just giving stuff away. The image at the top shows just my official figure cases. These contain 40k space marine, eldar and four chaos marine armies as well as some fantasy chaos and my Malifaux collection. Of course this doesn't include any vehicles, monstrous creatures or super heavies. It doesn't include any of the three Warmachine/Hordes forces I have or my Blood Bowl models. I also have a collection of X-Wing which have their own case now, which means it will survive the journey.

Then of course we have boxes of unpainted models. I'm discovering things I didn't realise I still had, things I thought I'd sold. Where does it end? My wife wonders the same thing.

Then we have the books. Oh my word!

There is over a decade of Games Workshop publications, most of which have gone to charity (or to be recycled). I have codexes and Forgeworld books covering at least four editions of 40k.

Don't forget White Dwarf! I have almost every edition going back to 1990 – that takes up three plastic storage boxes and weighs a tonne. 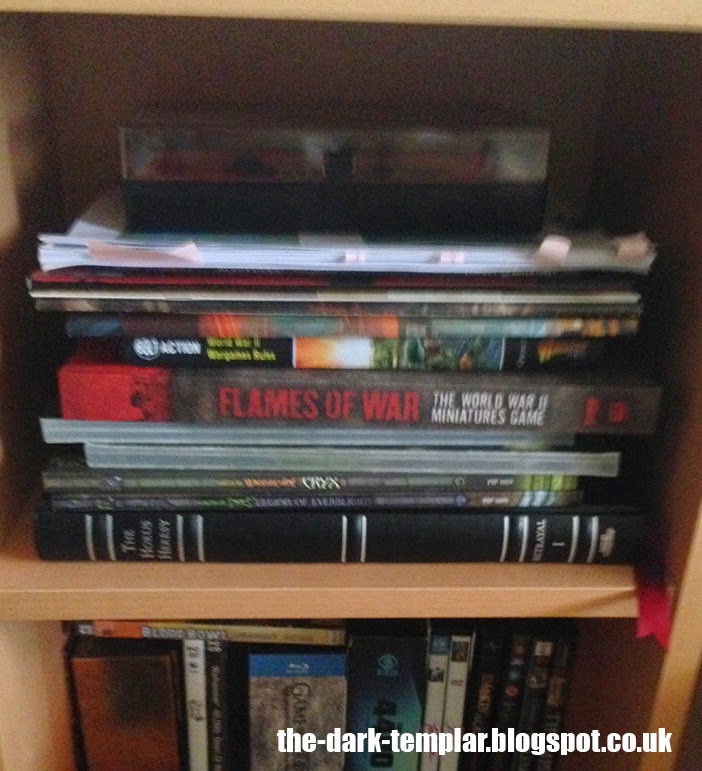 Since my move away from all things GW, back in 2010, I now have a host of rulebooks and support material from a dozen other companies (and models to match of course!). I also have a couple of home-made gaming boards to transport this time around as well.

I always thought I had a handle on my hobby. I thought that I was curbing things and was a shadow of the former hobby geek from my early 30s. Not so it seems if volume is a judge of anything.

At least in the new place I'll have a garage as well as an attic. Or does this mean I'll just accumulate even more!…or bigger stuff!… or both!

I do get the opportunity to organise everything once we get to the new house. I'm pitching for a display cabinet for some of my models but not sure the wife is onboard with that one – out of sight out of mind is her motto where the hobby is concerned… and who can blame her with all this gear!