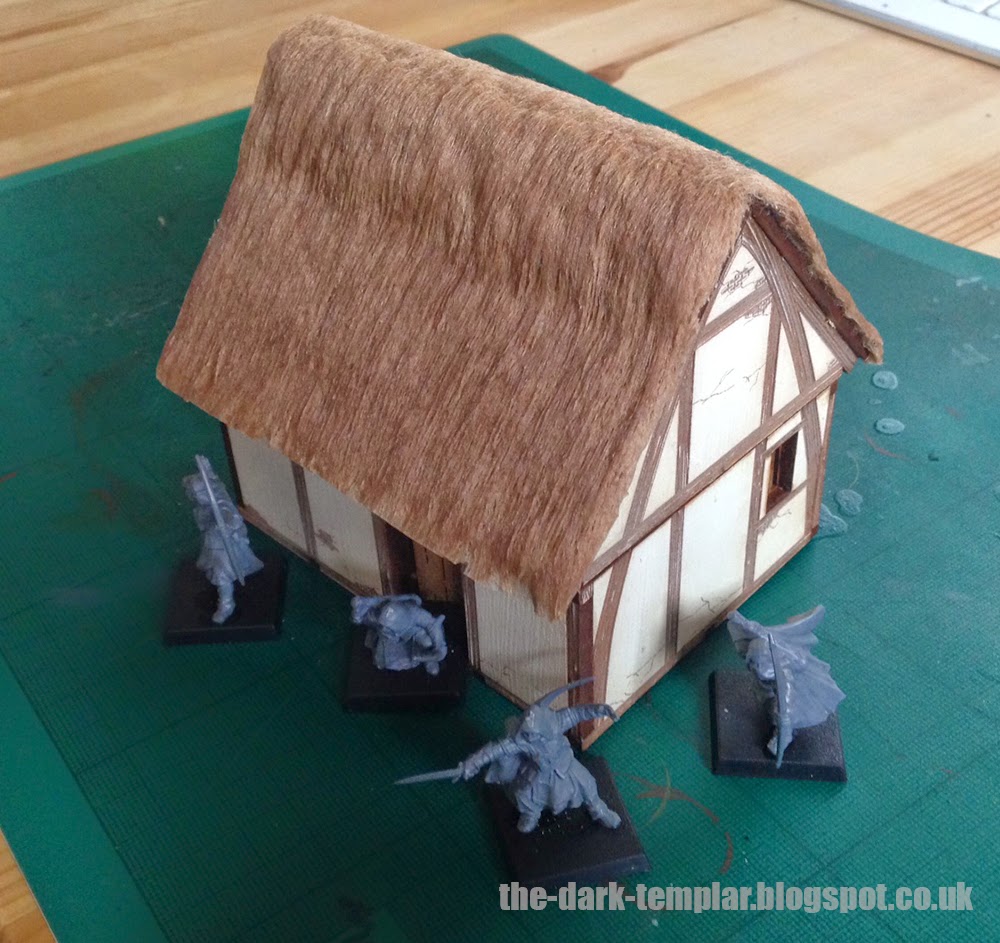 Almost a month ago I showed the progressed of my Saxon Hovel kit – my first foray into laser cut terrain. It all went together very easily and within 24 hours was ready to go (above). Unfortunately I struggle with 'off the shelf', so had to add my own touches to it.

I had seen some fantastic 'improvements' to the very same kit at Evil Giraffe's blog so decided I would follow suit and do something similar. 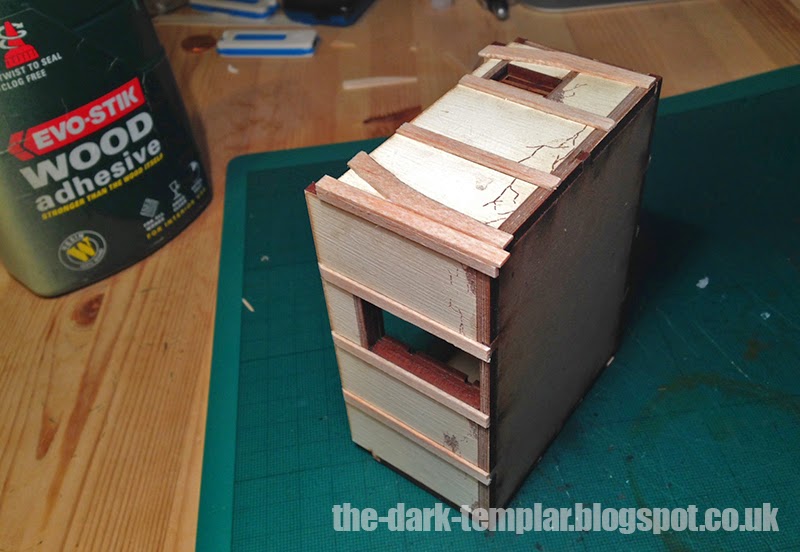 The first, and obvious addition was to add balsa wood in place of the laser etched beams and supports. As fiddly as this was at times, it has definitely made an instant improvement and the whole thing feels more three dimensional already. 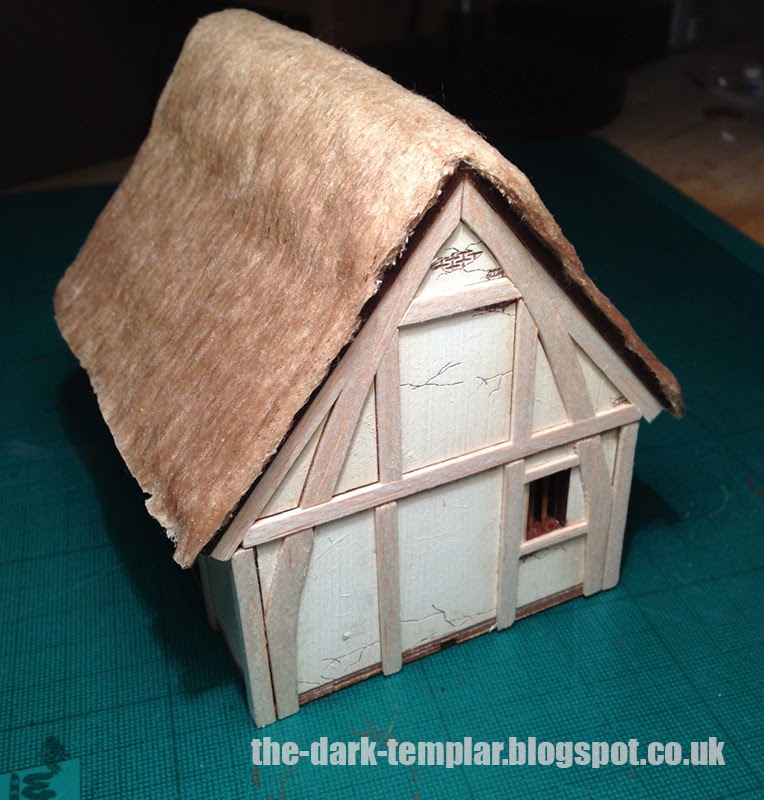 Hindsight being the wonderful thing that it is, I would do this stage slightly differently next time. I added the balsa to the wall and roof sections separately. Unfortunately it meant that the uprights weren't quite in the same place and the curves didn't quite match either. In future I would cut lengths of balsa to cover both parts, trim and fix them at the same time. 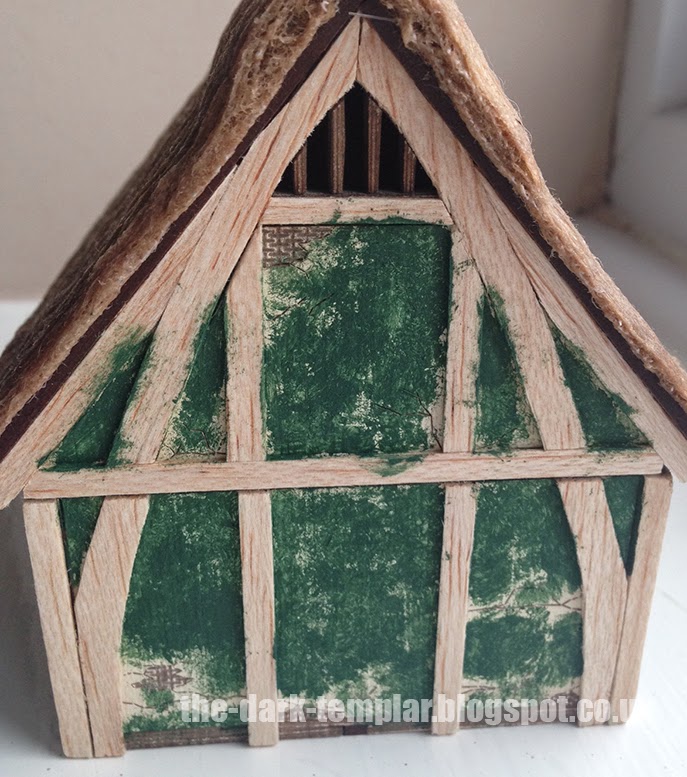 Next I added some liquid greenstuff to the walls. By stippling it quite heavily you can get a nice texture addition. How effective this has been won't become apparent until the paint is on and the drybrushing begins. 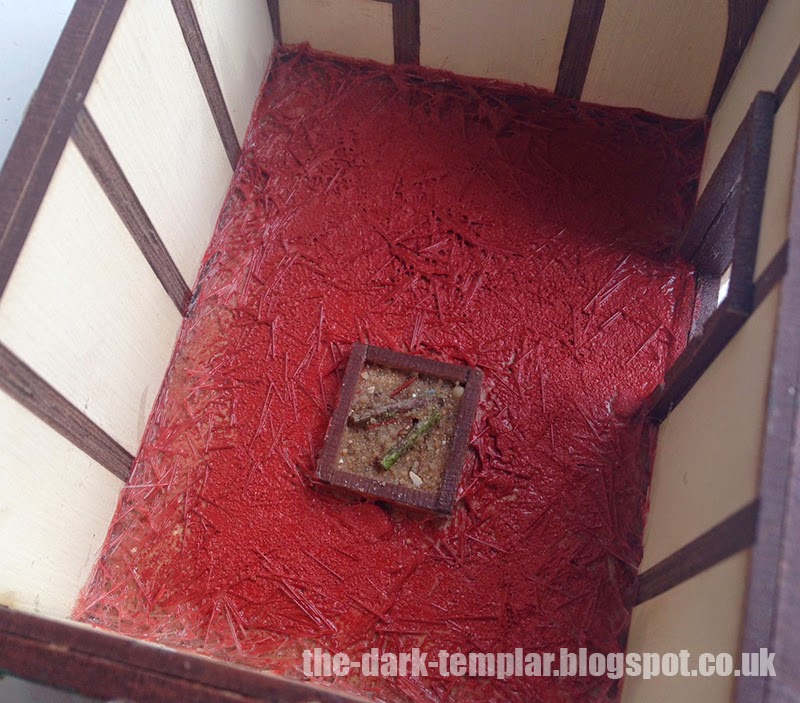 After that the focus moved to the interior. I stuck down the fire pit then added a couple of twigs and some sand to make it look like the remains of a fire – but what to do with the floor. I bought a pack of Sainsburys basic toothbrushes – 18p for 2 – and cut the bristles off them. I them scattered these around the inside floor and secured them with PVA. I then watered down some red oxide and coated the floor liberally to seal everything in and add texture to the exposed floor. Next time I'll do this the other way around I think. 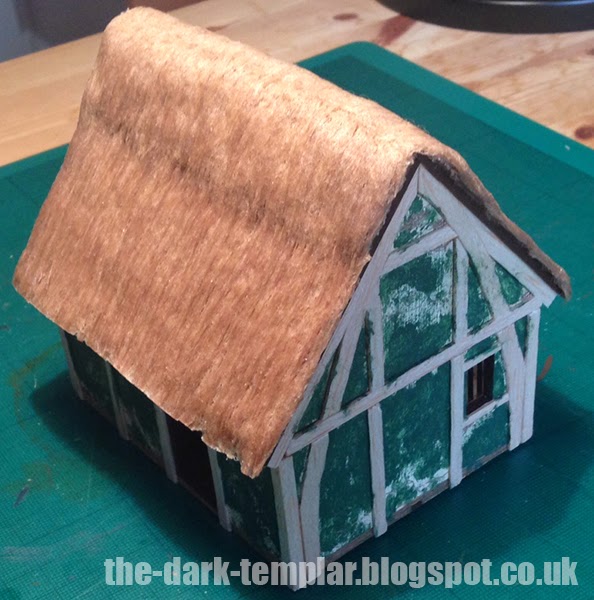 All that's left to do now is conjure up a replacement balsa wood door as the laser cut one looks odd next to the balsa beams. Then it's on to the paint!!