Streets Of Gotham – Gaming Board Thoughts

Some of you may remember me building a gaming board for Malifaux back in 2011. It was a little rough around the edges but has been a very reliable servant in the time since and has seen a lot of action.

Two things were key to its success: 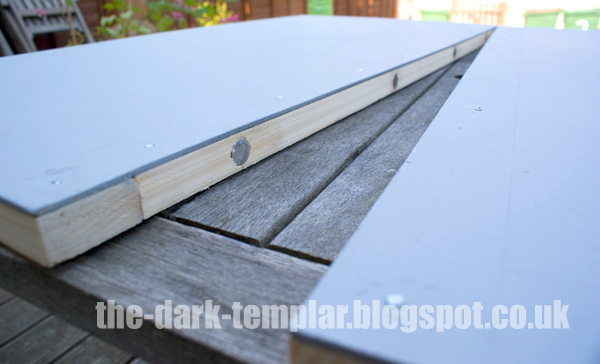 The magnets along either board edge, allowing them to snap securely together worked perfectly. It meant that I could store the two halves in the cupboard, or transport them wherever, without the need for excessive space. 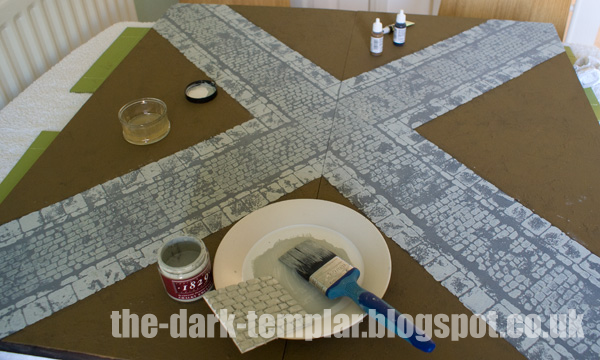 The other thing that really worked for me was my 'potato printed' streets. This consisted of creating a stamp carved out of foam board, then using it to create a repeated cobblestone pattern across the gaming board. I did the same for pavements and it made the board so atmospheric once terrain was scattered across it.

The boards are also quite robust. They have taken a kicking over the last few years but are still in great shape.

Two things stuck out as being problematic. First of all I textured the board slightly with filler – not so clever in hindsight as terrain wouldn't sit flat and models got scratched when they fell over. It also created a cringe-inducing scraping sound when models were moved across it. 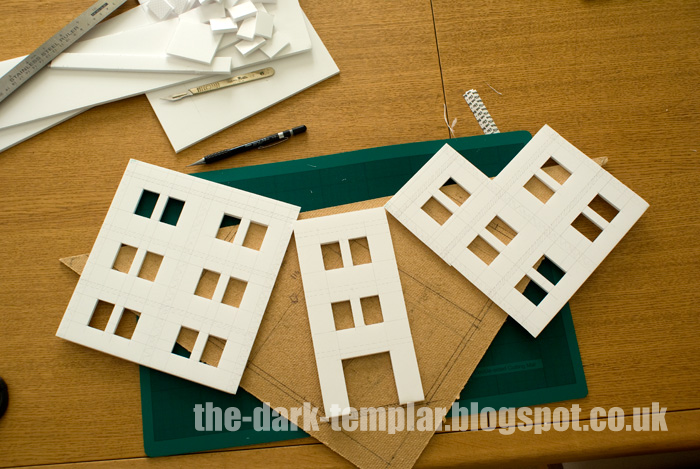 Secondly, as awesome an idea as the crossroads design was, it created triangular shapes for terrain to sit in (as you can see in the board photo above). I found it quite difficult to fill these convincingly, often with buildings hanging off the table. 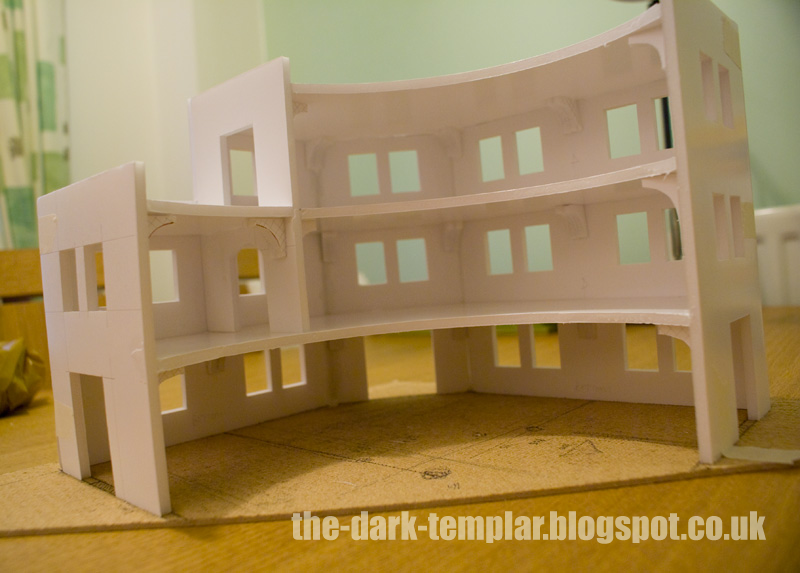 I did attempt to make some bespoke triangular-based terrain, but these projects ultimately failed as they were very time intensive and had little application elsewhere. Plus I have a short attention span.


With all that taken on board…

Thinking about THE IDEA of a new Gotham inspired gaming board I would use the same basic frame/surface structure. It was quite quick to build, lightweight and durable.

I would like to use magnets again, but this time I would use them on both long edges of both boards. This would mean that, instead of just having one layout, I could turn one of the boards around and have an alternative.

In fact, if I were to put magnets on all four sides of each board, I could make magnetised edging strips to go on the outside edges. These could be illustrated with scenery and effectively box in the gaming area (like having stands when playing Subbuteo back in the day) adding to the atmosphere when gaming.

I would like to 'print' the streets again as it would emulate worn road markings well. It provides a 2-D boundary for building positions, without being a problem if the terrain isn't quite the right size. It also keeps the weight of the boards to a minimum, than if I were to stick resin or mdf streets in place. This time however I'd like to add more visual detail, so it looks almost like one of the printed gaming mats you can buy – add more character to your gaming environment.

The only texture I would use would be perhaps from a roller when I base coat the boards, with the possibility of throwing a little sand onto the streets themselves. That would be a judgement call on the day I think.