With the inevitability of conflict rapidly escalating, I thought it was a good time to see what Iron Warrior forces were available to defend our interests on Sakar Prime and oversee their preparation.

We may not have played 7th Edition 40k yet, or indeed seen the new-look Ork codex, but I've learned a thing or two about greenskin tactics over the years. Bull leans towards melee combat (as you would expect from an Ork Warboss) but only after attempting to soften up the opposition with a bit of shooting, or distract with Deffkopters or similar. He knows the boyz will take a pounding in the opening couple of turns but will do his best to get across the board as quickly as he can. The first round of combat will be brutal due to his Waaagghh, beyond that he has a vast numerical advantage and possibly a rack of Killa Kans to dominate melee.

So what do my Iron Warriors have to dish out in return? 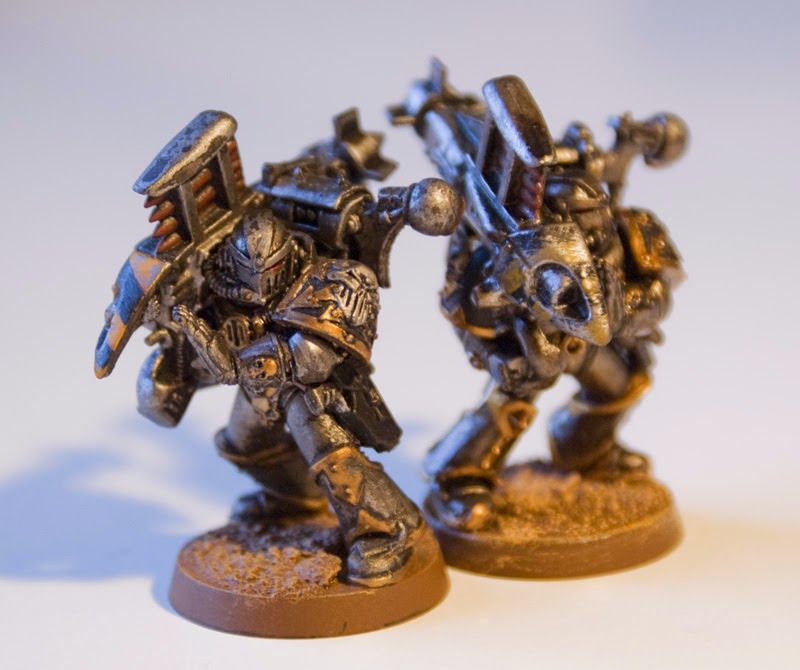 Troops have always been an issue with this army. During its tournament days it was made up of lots of 5-man units with a Lascannon or Plasma Gun. Alas, nowadays the Chaos codex doesn't allow such versatility – I'm only allowed a heavy weapon if I have 10 warriors in a unit. Unlike the Imperial Space Marines, I cannot break this 10-man unit into smaller combat squads, again, stifling flexibility. However, with their Objective rules for being a Troop choice it does mean the Orks will have to wipe them out (and their Transport) to take any objective they may be defending. 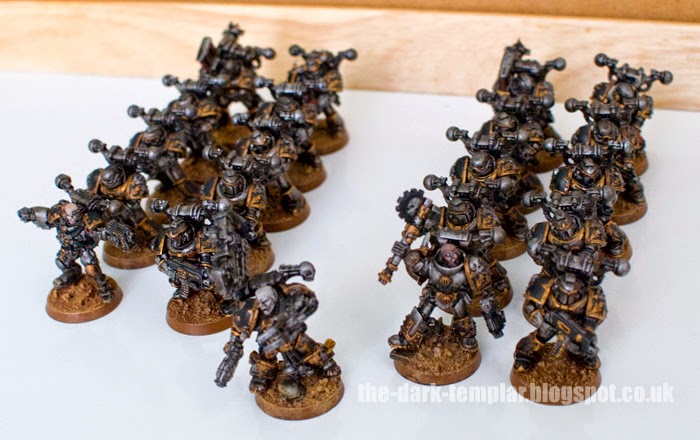 I currently have enough models for a couple of 10-man units, or I could go with several smaller units with no heavy weapons. This would allow me to target multiple objectives with Troop choices, ably supported by other elements of the army. 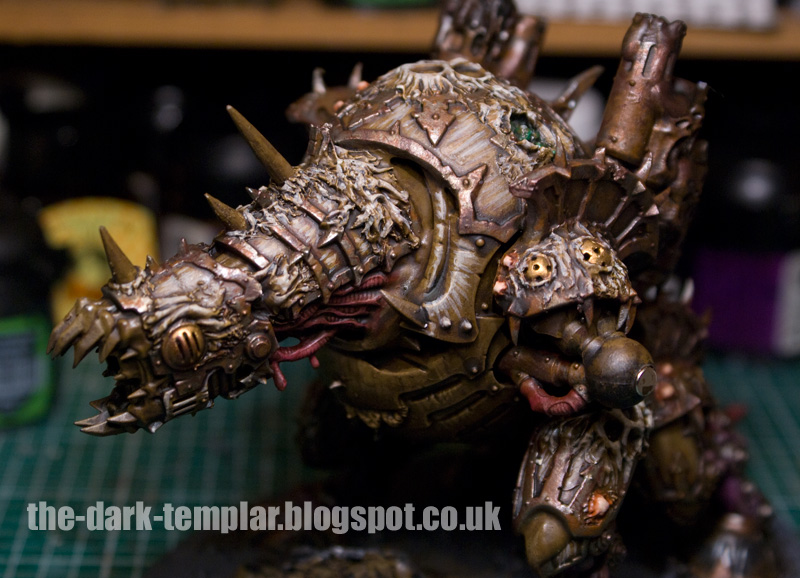 The other main problem that I can see is Heavy Support. Back in the day, my Iron Warriors were allowed 4 rather than 3 Heavy choices – they're now back to 3. Unfortunately, the Heavy slots are the most contested as I have so many things to choose from. Aside from several Predator tanks – always worth including – I also have a Vindicator tank, Obliterators (the backbone of my tournament armies) and the new daemonic engines, which are also proving very useful. Defilers are another option here but my model isn't built yet, so that pretty much rules that out. So lots to choose from for these precious few Heavy Support slots. 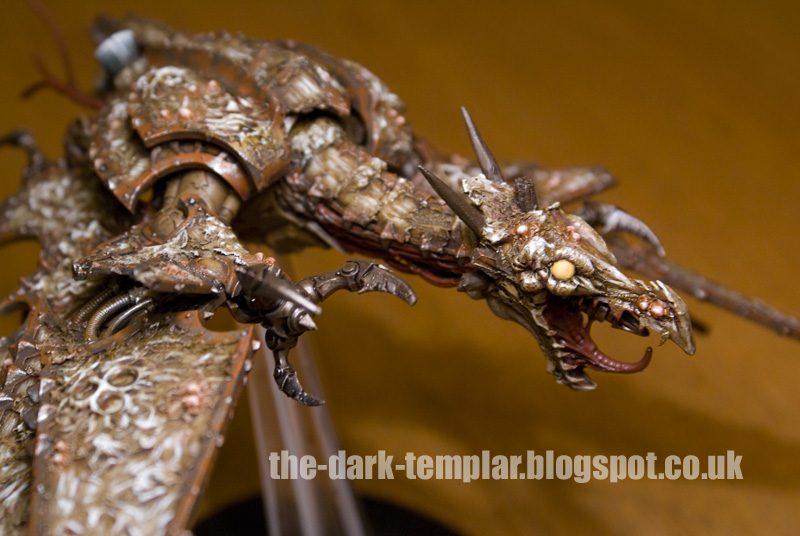 I have to admit my Iron Warriors don't really do Fast Attack…aside from the Helldrake that is. A wonderful addition (if not wonderful to look at), this beastie proved to be a massive hit in 6th Edition, hence it has been nerfed in the 7th Edition FAQs. 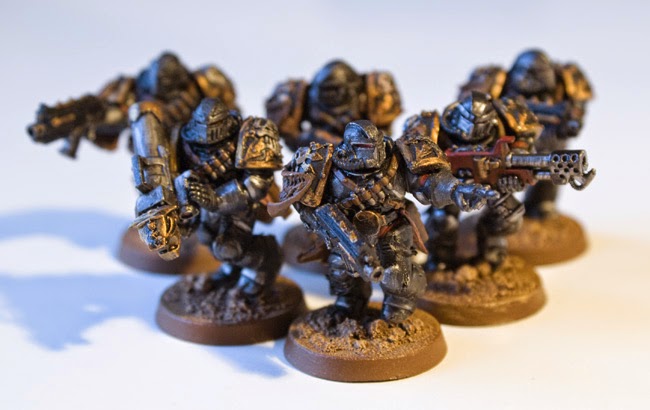 Elite choices are also highly contested. I have the one Hellbrute who may or may not be useful, though I have no intention to buy any more. I have my Terminators who, although Nurglesque, could be very useful against the Orks. They are few in number though and would have to be deployed carefully. I have a limited number of Chosen, though they are quite plain – no funky weapons. Another remnant of the tournament years when they could infiltrate for free and caused all kinds of disruption. Alas, no more. Finally I have a unit of possessed who could be fun to set loose amongst the Orks. Random benefits every round of combat could be hilarious, if unreliable.

Of course we have the Marked units – Bezerkers, Plague Marines and Thousand Sons (I have no Slaanesh). These could be turned into Troop choices with the right HQ, but that's not very Iron Warrior-ish. They all have their roles and are more than likely to make an appearance at some point. Very reliable all round, if expensive.

Then, at last, we come to the most crucial choice of all… HQ.
Who will lead these fine Chaos Warriors to glory?

My favourite HQ for tournaments was my flying Daemon Prince. These days they are more expensive and don't feel as powerful (for their points cost) but he is still an option. However, for the spec I would use he could cost in excess of 300 points! I could always take a standard Chaos Lord, using a suitable model in the collection. He could be tooled up to perform any role but I just wouldn't have a lot of confidence he could truly lead by example. Sorcerers would be a good addition – two would be better – with the new Psychic rules, but how much do you spend on individuals who will be easily taken down in a challenge? 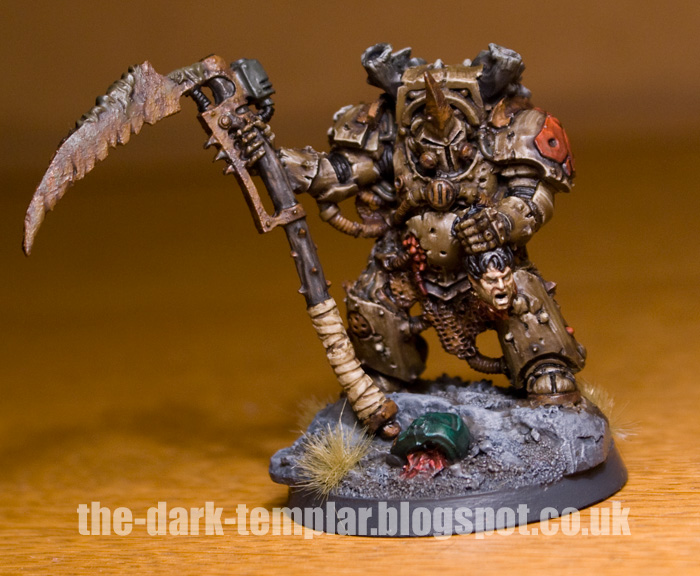 The other solution would be to take named characters. Typhus has already proved to be a worthy foe and will be high on the list of possibles. I also have Abaddon who would rule supreme on the battlefield, despite his 250+ points cost. Ahriman could make an appearance to boost the psychic side of things even further. The choices are mind-boggling. 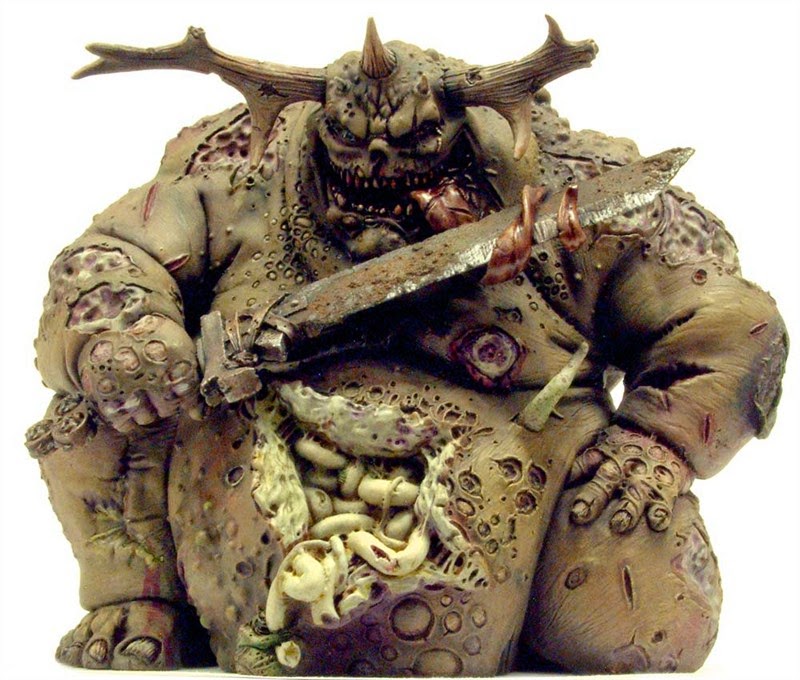 As if that was enough choices, we then have the option of Allied Detachments. This allows me to divide my points spend between two smaller armies, so long as they're from different codexes – I can't take two Iron Warrior detachments to give me twice as many Heavy Support for example. This option does open up the prospect of bringing Daemon allies, which provides new possibilities. 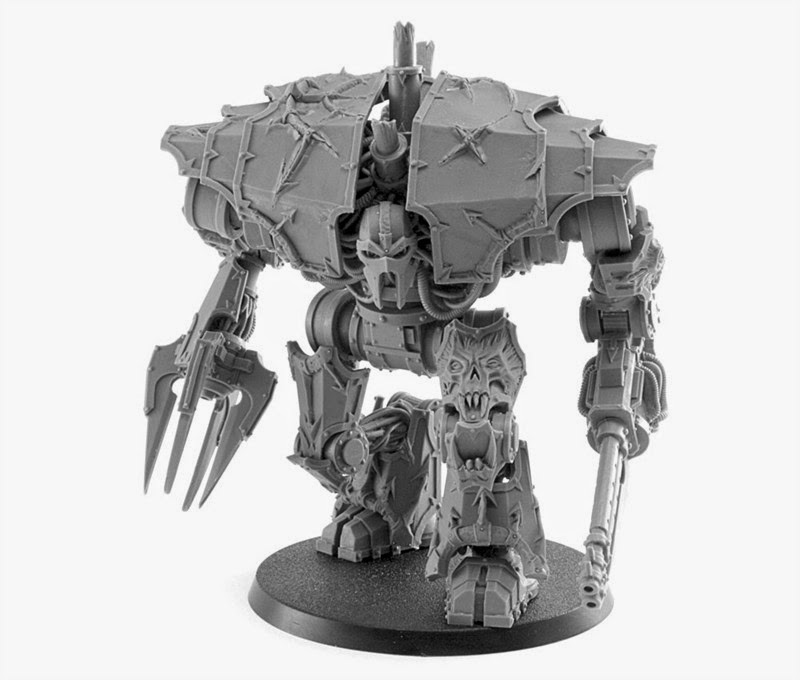 So these are some of the things I have to consider before new Sunday. I'm making no decisions at the moment, but closer to the day I may reveal some of my plans. There is always the possibility of a new purchase… but that would be silly, right?