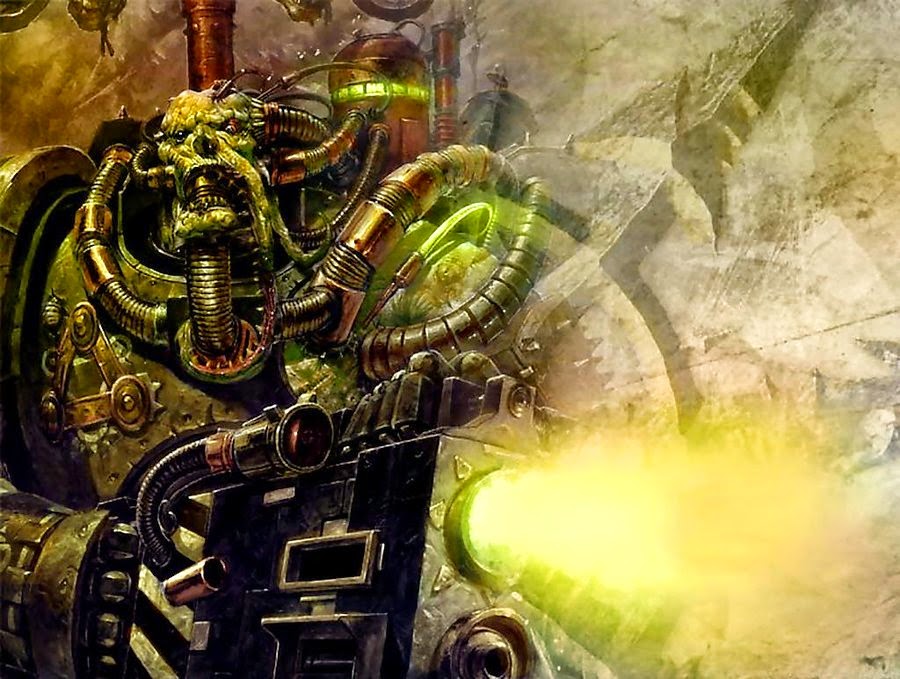 As mentioned yesterday in the opening round of banter, the Chaos forces on Sakar Prime have called in Typhus and his Nurgle minions to defend The Forge from the Bull's Ork hordes.

But what's the plan? 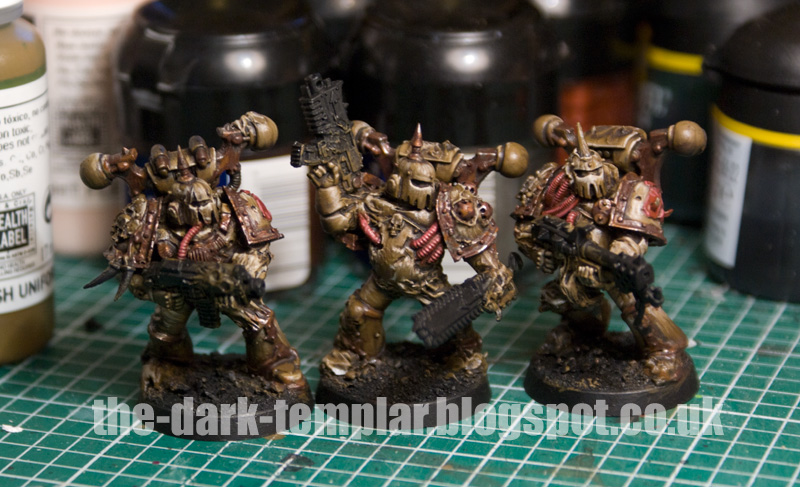 As part of the mission rules the Chaos army has to take Fortifications of some description. This was always going to be the case and I learned a few lessons from our first battle in this respect. The question is how far do you go? Fortifications are great, but the cost can soon mount up and that's points you could spend on more Troops. So which is better – more Troops or solid bunkers and defence lines to protect the Troops you already have?

I would also like to convert the Fortifications I do have to make them more Nurgly but this would make them unsuitable for use (because I'm fussy) with other armies, and I'm not prepared to give GW more of my money. I need to go back to my roots and build terrain from scratch… if I had the time. 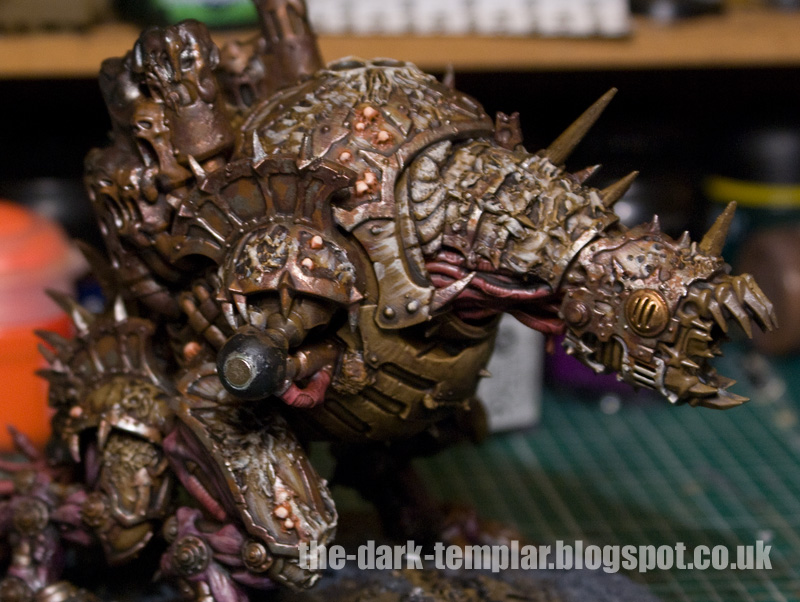 You may recall that when 6th Edition came out (September 2012) I began a Nurgle army, so I have a decent number of models I can call upon for this coming battle. No doubt the Iron Warriors would be more than happy to lend a tank or three but the Nurgle army has the option of quite a few daemonic vehicles which makes things interesting. 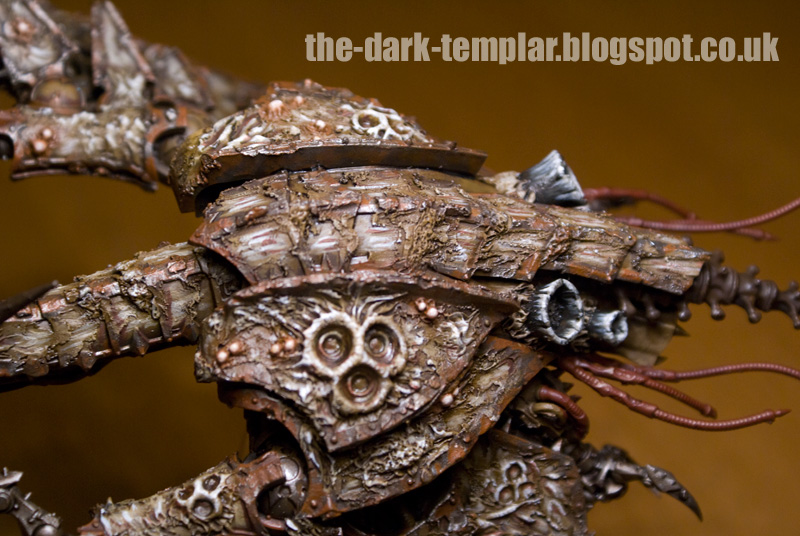 I'm using this game as an opportunity to spend more time finishing the units that were abandoned after our 6th Ed enthusiasm waned. It would be nice to put some finishing touches to the possessed Heldrake and Forgefiend, as well as some of the character models… such as my converted 'Dark Vengeance' Lord. 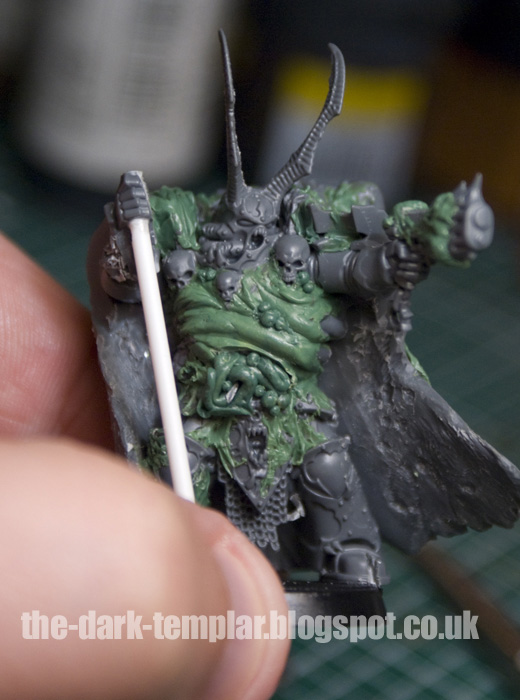 In addition, I started a unit of Nurgle bikers which would be awesome to field – Toughness 6 bikes! They are quite a time sink though so they may not make it in time for next week's battle. As much as we are defending the line again, I would like to have something fast (or survivable) that could get in behind the Orks and cause a disruption. 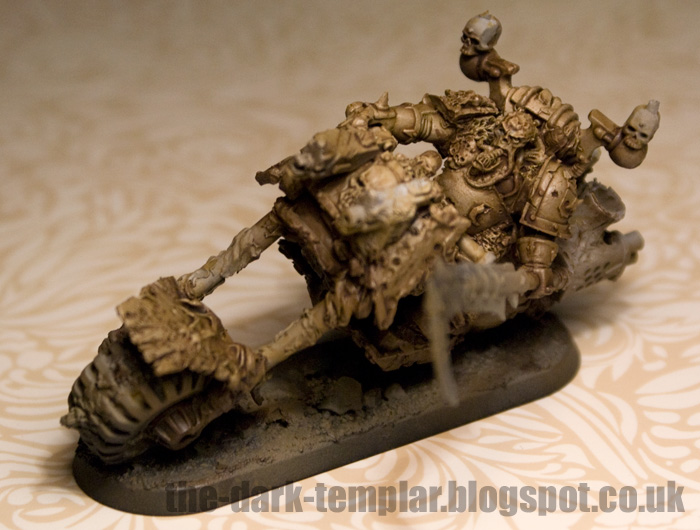 So, much like the last game, the plan is to spend some time on my neglected models. It wouldn't be fair to not have a surprise or two up my sleeve for game day – with the army list already decided I'm quite excited about this battle. I have to say this is possibly the one army that keeps me interested in 40k and so it would be good to expand it a little to compete with the Iron Warriors.

I'll post ongoing progress as soon as there is something to see!