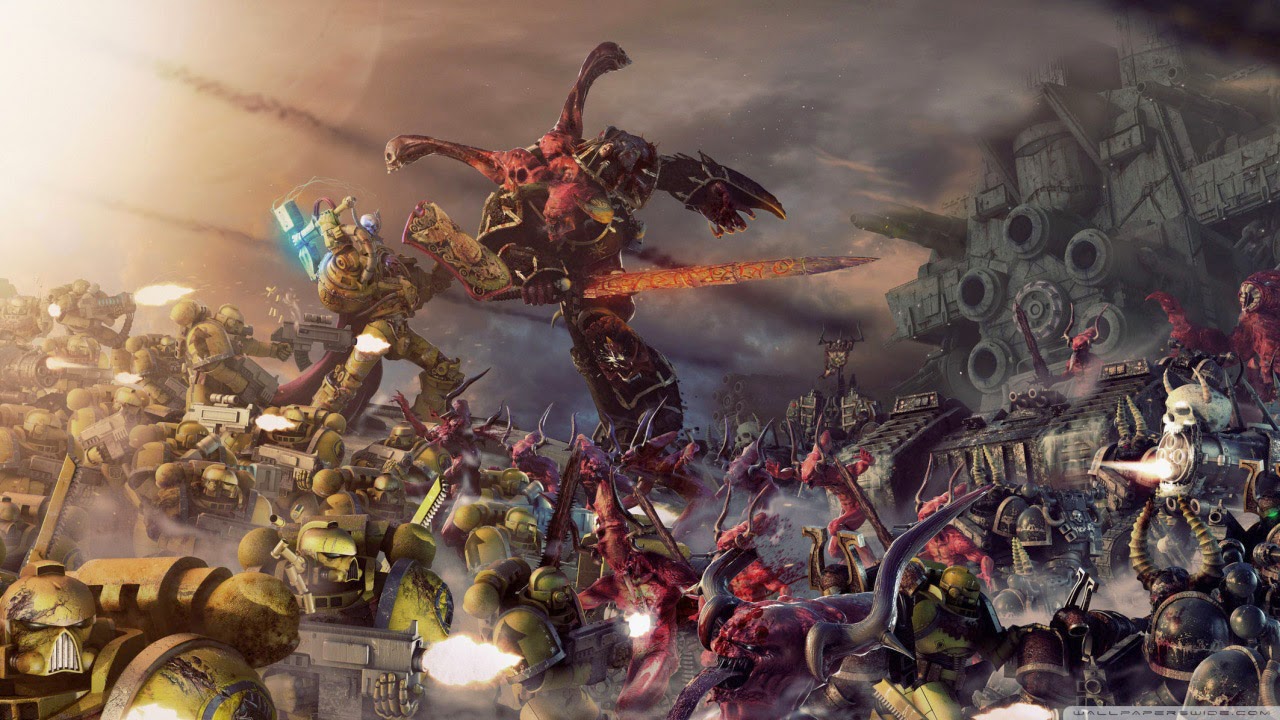 Typhus surveyed the defences around The Forge. It wasn't ideal but it would do. His role was not to stop the Orks outright, but to undermine and weaken them prior to the final assault on the mining facility. That battle would be fought by others and he was fine with that. Spreading death and disease in the name of the Great Unclean One was what he was brought in to do and he would do it well.


As the day of reckoning quickly approaches I have to say that I haven't managed to get any of my building or painting done. Decorating chores, as well as putting the finishing touches to the Aetherium kickstarer-funded box set, has meant I've had no spare time for weeks and game time is upon us already. Having said that, Bull and I have had some good banter across the blogs and it's going to be a great game on Sunday.

Our battle brother and jedi master Sean will be joining us on the day, he plays both Orks and Chaos but it's green blood that runs though his veins so he'll be stood on the opposite side of the table from me.

I believe the game is due to be played outside thanks to a very positive forecast and I hope to keep a narrative going online throughout. Yes, I'm hoping to post a series of Tweets during the game so if you want to keep up to speed with how things are going you need to be following me at @MikeRCreative on Twitter or alternatively search for the #SakarForge hashtag. Thanks to Mr Awdry for the idea!

Stay tuned for some death and destruction…