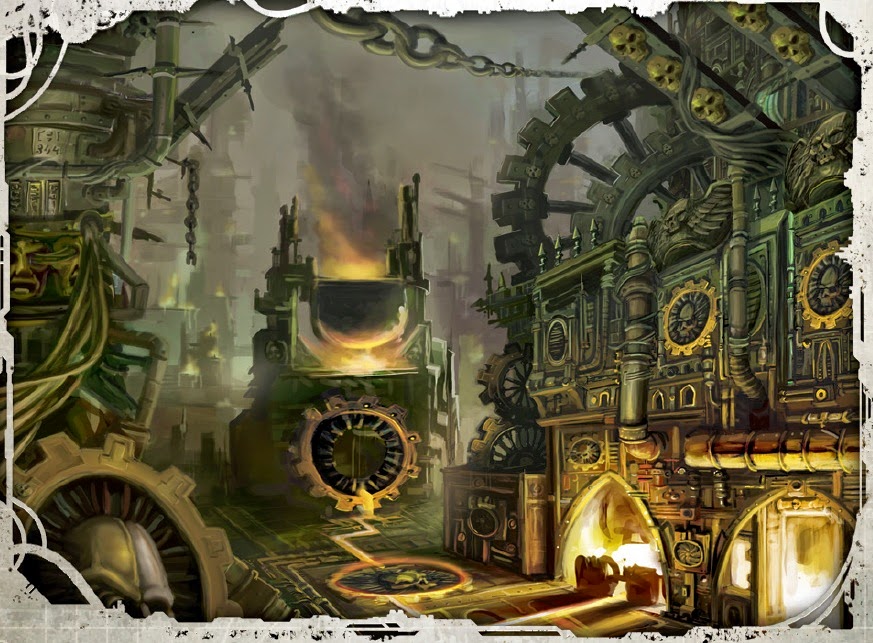 With less than two weeks to go until the next incursion, I've been doing some research into suitable missions. The game, a week on Sunday, is the Orks assault of the Chaos citadel forge, so the standard "D3+2 objectives" missions in the rulebook weren't really going to cut it from a narrative perspective. Luckily I have a copy of the Stronghold Assault rules, so I have adapted one of those missions to fit.

The Orks are in possession of the Comms Array from mission 1 and are moving on to assault the Chaos citadel forge.

++ The Orks get the option of taking an additional Heavy Support choice (that's 4 in total).
++ The Chaos forces MUST take 1-3 Fortifications.

++ Chaos forces set up first, once table edges have been decided.
++ Orks get to choose whether to go first or second.

++ Both sides get 1 Victory Point per enemy unit completely destroyed or broken.
++ Orks get an additional Victory Point per Fortification destroyed.
++ Whoever is occupying the forge machine (terrain piece placed behind Chaos lines) at the end of the game receives 3 Victory Points.

Comms Array:
++ Orks may add or subtract 1 from any Reserve Rolls for the duration of this game.
++ Chaos roll 3D6 for each Reserve Roll and Orks choose which result stands.

Forge:
++ As long as they are in possession of the Forge, Chaos forces may 'resurrect' one destroyed unit on the D6 roll of 6 at the beginning of any given turn. This new unit comes on as reserves (no deep strike) and gains additional VP for the enemy if destroyed a second time. Each unit may only be resurrected once.


Let the count down begin…