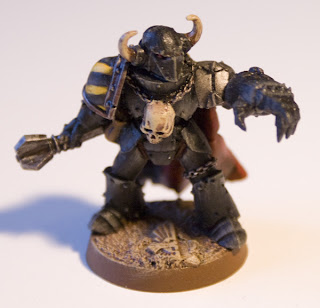 More Iron Warriors from the vaults. This Lord/Champion models was one of those random conversions – the miniature was a new release Veteran, and I just thought I really want to paint that. He was intended to be an HQ choice for a Lost & Damned Iron Warrior support army (that didn't get past 3 figures). 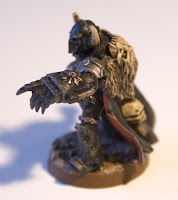 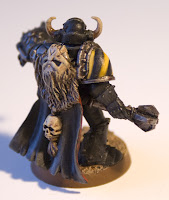 Then there was the case of the Iron Warrior bodyguard unit. Built to accompany my Lord before he ascended to daemonhood. Unfortunately they never got used except for Apocalypse-sized games where we didn't really care about points – just bring all your models. 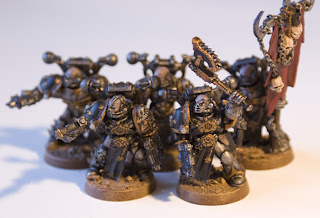 That's just about it for the Iron Warriors now, although I may show a pic or two of my IW Forgeworld Baneblade, but to be honest it was painted very quickly the night before one of the aforementioned 'anything goes' games. We'll see.
Posted by The Dark Templar