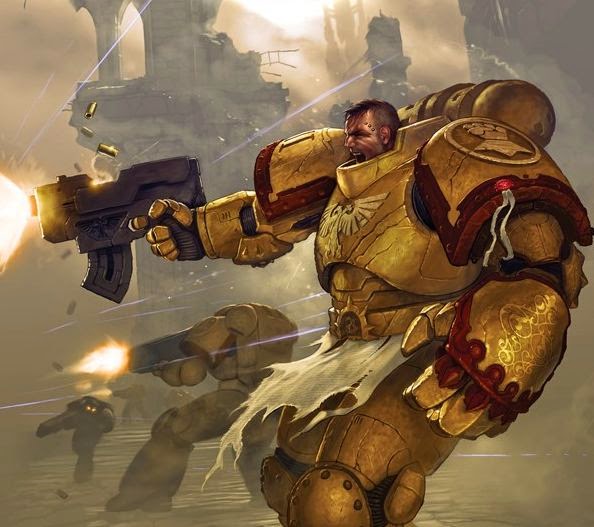 So last time I explained the early steps in my recipe for painting yellow… more specifically Imperial Fist marines. 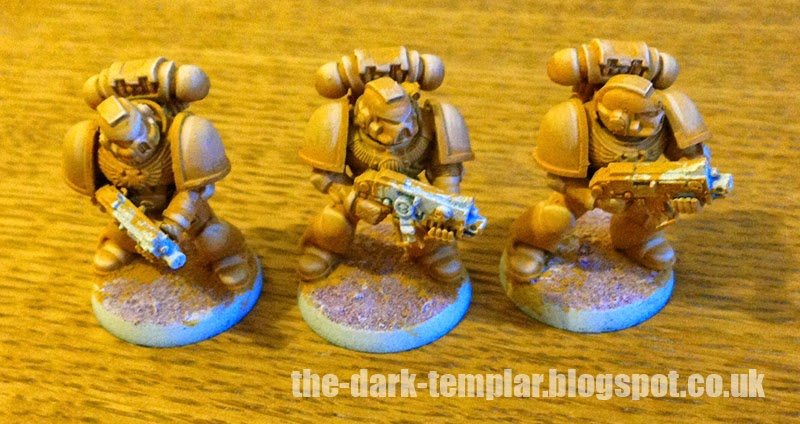 We finished last time with our model as above: Primed white, basecoat Averland Sunset, then highlighted by adding White to the base colour. I apologise for the pic above – not clever photographing yellow marines under a yellow light! 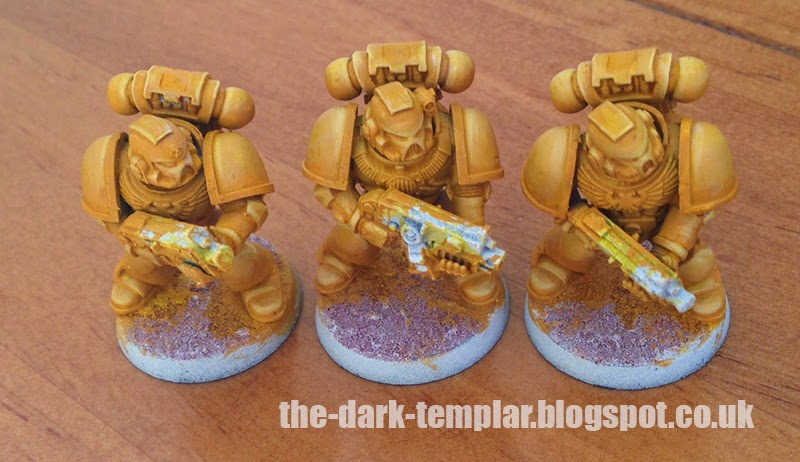 Once you're happy with your highlights, crack open the Lamenters Yellow glaze from GW. It's like a watered down ink and colours everything in a glorious yellow tone. Easy. For sheer speed this is probably good enough for your rank and file models.

You may decide to add a second glaze layer, or maybe you want to spend a little more time defining the armour. It's me, so I decided to push things a little further! 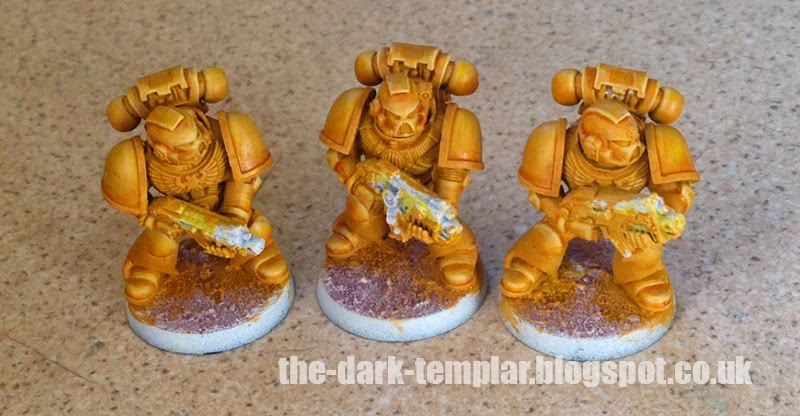 Next I took some GW Casandora Yellow shade. It's an orange/yellow colour and can make the miniature look very orange if over used. I applied it sparingly in the shadows and corners to add some depth. I then overlaid this with some more Lamenters Yellow to soften the edges. 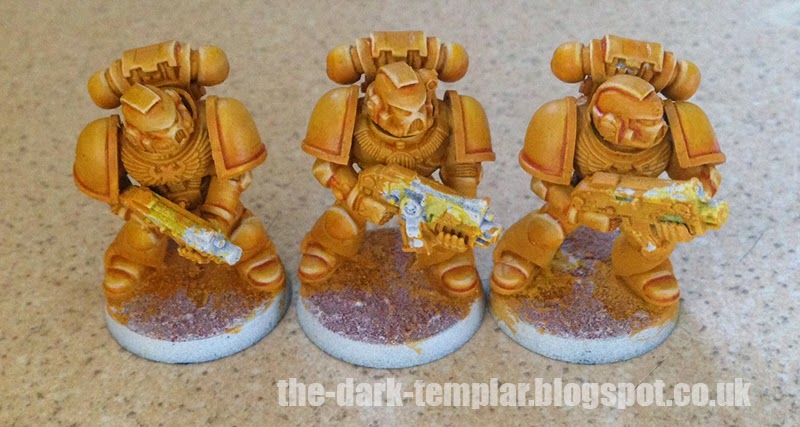 With that done I just wanted a final shadow and highlight. I watered down some GW Skrag Brown and used a very fine brush to add thin lines in the recesses and to define joins in the armour. I then took White and added a tiny amount of Lamenters Yellow or Averland Sunset to make it more of an off-white. This was then applied to the raised edges, sparingly as a final highlight.

And that's it. The photos do look a little on the orange side (the models are not quite that orange in reality) but the colours used allow you a lot of flexibility. As I paint more and more of this yellow recipe I expect to get into a rhythm and the look will be a lot more consistent.

More examples of the yellow paint scheme coming up… including a vehicle perhaps!