So, Saturday morning saw the debut of Bull's Boomtown Rats on the field of play. Quite a premiere to be sure. You can read my detailed match report here – today I'm going to analyse how things went from my Dark Elf perspective.

I went into the match on the over-confident side. After the beating my Darkblades took on their debut against the Orcs, I thought that the squishier Rats would make good fodder for a Star Player Points free-for-all. Whilst I didn't underestimate Bull's abilities, I had forgotten how much Nuffle hates me and how completely random this game of Blood Bowl is. 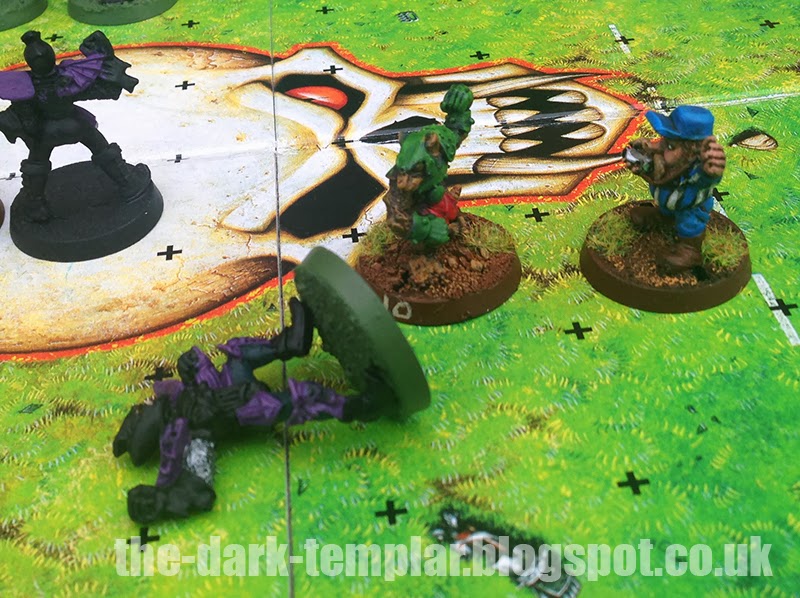 My first block of the match was a fail. I had considered it routine, but it was a supported Lineman against a Blitzer, so hindsight would suggest that I should have left that one for later. The rats had already had a square headstart thanks to the Kick-Off table. My fail effectively gave them two turns unhindered – this formed the foundation of their first 'certain' touchdown. Had Bull not lost his mind briefly, tried to foul my prone Blitzer and promptly got caught, I would have been 1–0 down for sure.

I had the opportunity at this point to stall the Rats and try and inflict casualties, or go for the Thrower and attempt to get a score myself. I did the latter and it paid off. 1–0 up and the Rats have two off the field. I was feeling rather buoyant but had had a scare and paid the rats a little more respect due to their speed. Bull now introduced his first refused flank tactic, and it worked a treat. The speed of his team allows them to evacuate an entire side of the pitch in a single turn, leaving Dark Elves stranded away from the action. This was the basis of his second opportunity to score. 'Certain' touchdown number 2 collapsed due to a double Dodge fail. It happens, but that was the second time I had been lucky on a key dice roll (or rather Bull's luck had deserted him – doesn't happen often).

Again I had the opportunity to score off the back of a Skaven fail, except this time I didn't have the luxury of several turns. My maths skills deserted me in the euphoria and I miscalculated how far I could move in the remaining turns, the opportunity passed and I had left the door open for Bull to get back into the game. 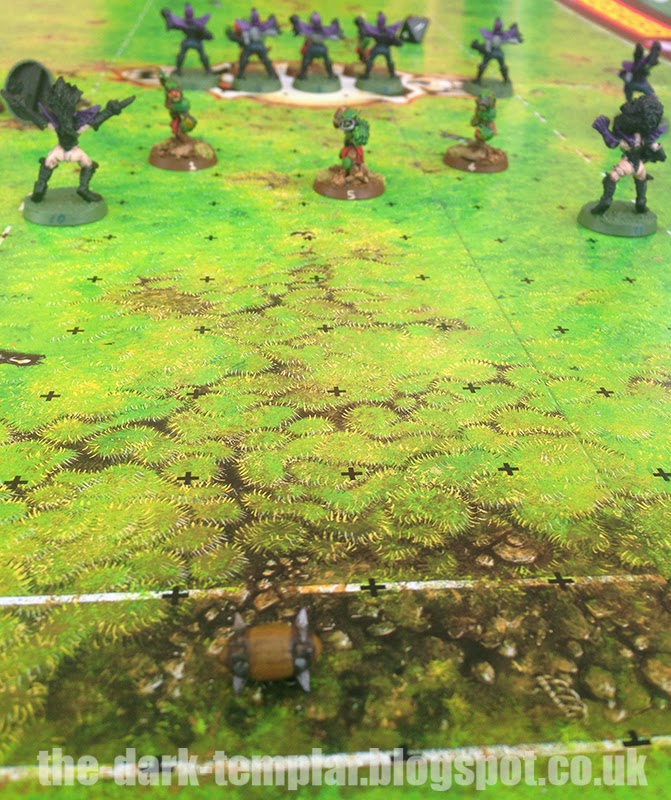 Second half Kick-Off was when things just got silly. If we'd have been playing on the side of a hill I don't think the ball would have bounced as far as it did – right into my end zone. Combined with the other random event – the Kick-Off table – it gave Bull a free turn to run around my front line unhindered and have a clear run to the waiting ball. Even he could not miss that 'certain' touchdown number 3.

At this point I lost the plot a little. The random elements had conspired to undo my hard work and I fought to muster enthusiasm and concentration after that. I don't remember much of the remainder of the match, or certainly not my thought processes. I just wanted to get to the end of the game. I now had less players on the pitch than Bull, which is deadly when try to contain Gutter Runners. Although clawing my way back into the lead, it seemed like Bull could do no wrong and there was an inevitability about the final score to come.

I came away having not lost the game – a first. I'd scored 2 touchdowns in a single game and had my first league point on the board.

However, being a glass half empty kind of bloke, at the end it had felt like a heavy defeat – four guys in the dead box, only 2 non-touchdown SPPs achieved and I had thrown away my best chance at winning that I'm likely to have. Bull's confidence had grown with the Rats as the game progressed and at the end his team had amassed a boat load of  SPPs.

The game had been a completely different monster to all the games before. In fact, we agreed that the Orc/Undead games had been quite boring by comparison. Everything happened so quickly.

At the end of the game the team roster looked as above.

I have lost a Lineman for the next game, but my Runner is back!!

One of my Blitzers has gained the Dodge skill, which is good. I've also acquired 90k gold but am not sure how to spend it.

Do I buy in a new Lineman so that I don't have to rely on as many Journeymen next game?
Do I bring in an Apothecary?… or maybe an extra re-roll?… Cheerleaders and Coaches?

Or do I save the money in the hope of having enough for a Witch Elf next time?
This option would have the bonus of keeping my Team Value down for the next game. 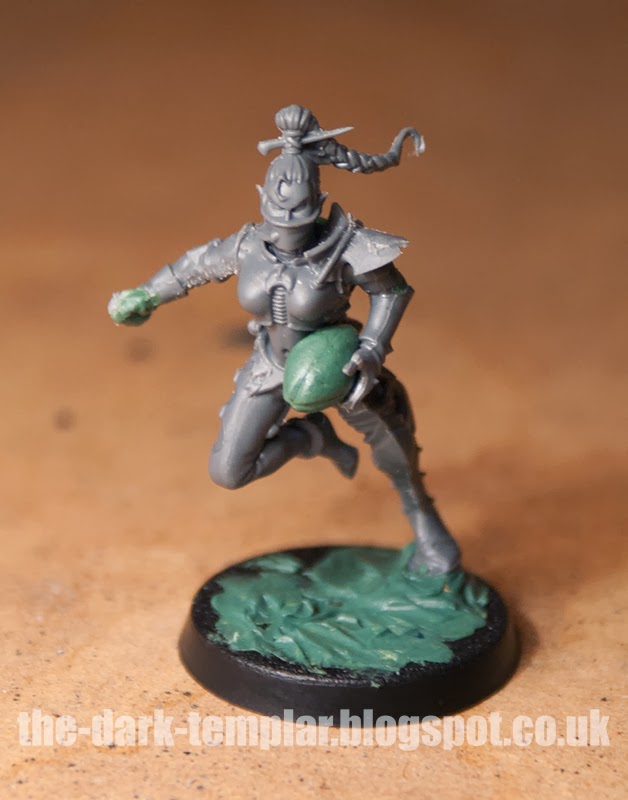 I also think I need to get the Kick skill as soon as possible. The Kick-Off scattered to maximum distance every time against the Skaven and stitched me up on a number of occasions. When the Gutter Runners can move 9 squares a turn, the last thing you need is the ball to bounce back to the half-way line from kick off.

I didn't get much opportunity to throw some easy passes in the last game either. It was my intention to get a few single SPPs early on, but the speed of the rats made this somewhat risky. One dropped pass could have proved fatal.

Our fledgling league is looking as above at the moment…depressingly. I have my first point on the board now, so I need to build on it.

Looking forward to the next game!!