Inspired by Bull's dugout project, and with our next game due in a week, I spent some time yesterday to start my own dugout for Blood Bowl.

Those of you who have been visiting this blog for a while may remember my unfinished cemetery terrain for Malifaux. It's been sitting in the attic for quite some time, with no hope of ever being finished. With a bit of creative chopping the cemetery became the perfect undead dugout. 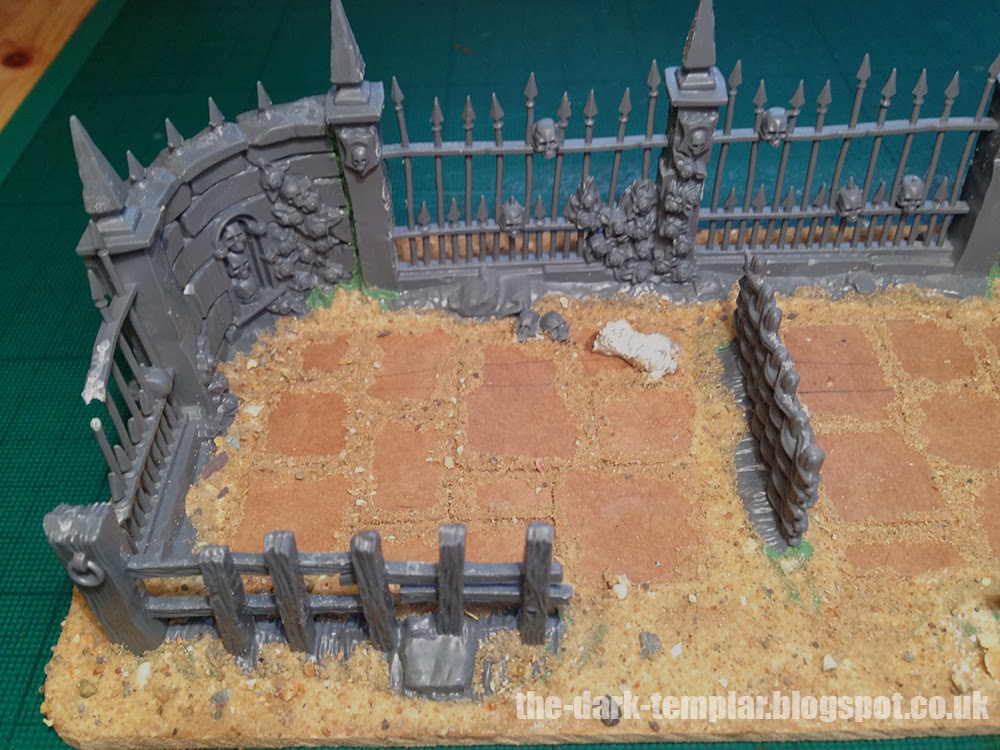 In addition to the plastic walls from the Garden of Morr kit, I also managed to save the card stonework from the cemetery board, which saved a lot of time and grief. I'd bought the GW plastic walls and fences kit a while ago for Malifaux and make use of the leftover pieces to complete the basic construction, allowing me to separate the Reserves, Knocked Out and Dead 'boxes'. 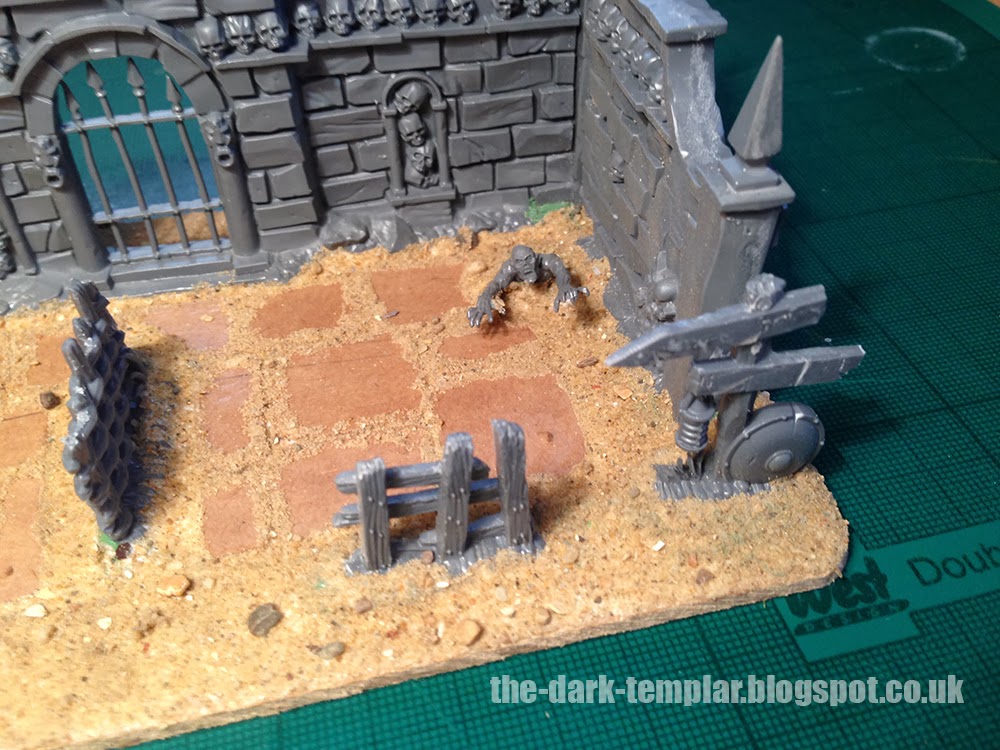 I found a metal corpse in amongst my recently purchased Ghouls and this simply had to go in the Dead box. Similarly I had some Mantic zombies, so cut a guy in half and had him emerging from the Reserves box. I also made use of a Renedra plastic gravestone, originally bought for the Malifaux cemetery. One final piece was the signpost from the walls and fences kit, complete with lamp.

Any suggestions of what to paint on the signpost gratefully received! 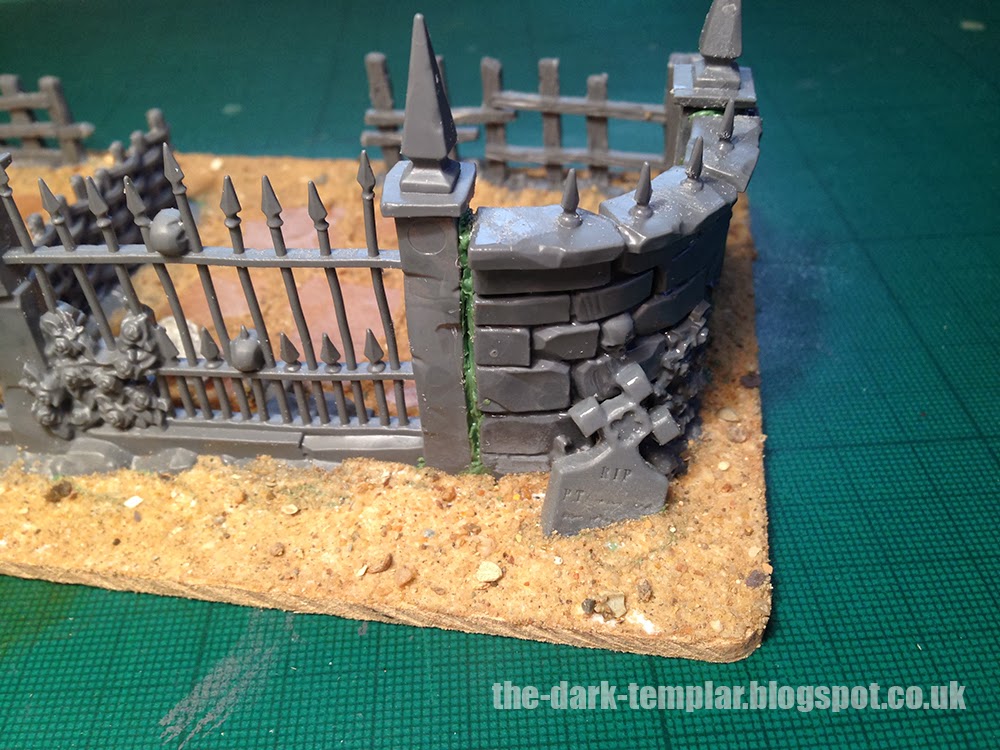 A lot of PVA glue and sand later the dugout is looking in good shape. As soon as the weather clears up I'll get it sprayed.

The intention is to get some basic colour on it in time for the weekend – hopefully there won't be much use for it on match day!