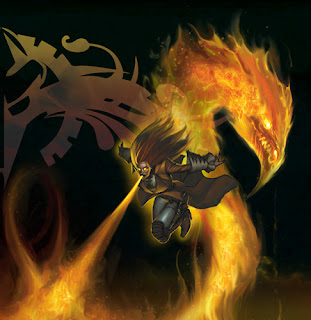 Along with my Book 3, Avatar Sonnia arrived a couple of weeks ago. Given that I am currently fielding Sonnia as my master-of-the-moment I'm very keen to get the avatar built (not least because it is an amazing model).

The model is mostly metal – including the weighty base piece – with a couple of bits in resin. I wanted something solid on which to put the base piece so rather than use a regular hollow plastic base I used a resin one I had. This gives me a solid foundation on which to pin the heavy bit of metal so there is almost no chance it will come off. 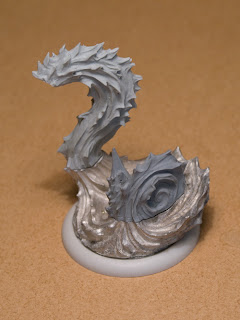 I decided that the resin 'swirl' didn't need to be pinned as it had a broad area and wasn't really exposed. This was simply filed and superglued in place. The neck on the otherhand needed to be strong, so I drilled pinning holes at the apex of the ball and socket joint already present. This was pinned and allowed to dry. 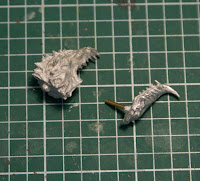 The dragon's head comes in two pieces and again needed to be pinned for strength. In the same way as the neck, I pinned at the apex of the ball and corresponding socket. Once this was thoroughly dry I then pinned the back of the head to the neck using the same ball/socket locations. 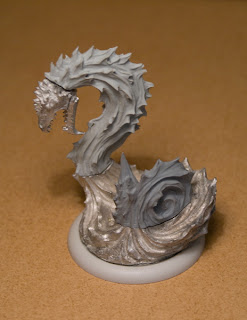 Needless to say the casting is out quite a bit in all join locations. Luckily with it being all flames it should not be a big deal to add some greenstuff to disguise the joins completely.

In the next part I will be adding the horns and looking at Sonnia herself.

P.S. I noticed recently that I had passed 100 Followers so a big thank you to everyone on that list!!
Posted by The Dark Templar