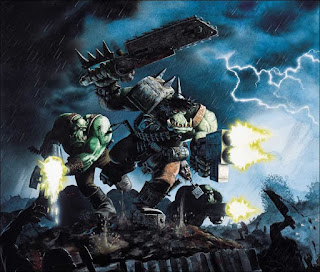 In my last post I mentioned that myself and Bull are going to dip our toes back into the murky 40k waters, albeit in a low-key and retro fashion.

We're going to give 40k in 40 minutes - otherwise known as Combat Patrol - a go and we're going to use hallowed 4th Edition rules and codexes. This takes us back to our glory days of 40k and tournaments. Good times. 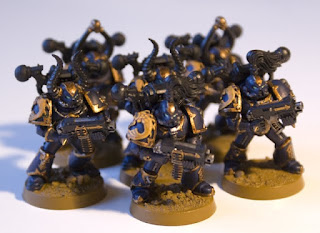 So the opening challenge is to create a 400pt combat patrol army to face Bull's (forgone conclusion) Orks. I managed to conjure up 4 chaos armies almost instantly, influenced heavily by former tournament army lists. However, as I hinted at previously, I wanted to take this opportunity to do something different. Given that I have almost no hobby time these days this is an insane road to go down - but I already have several unfinished hobby projects... what's one more right?!

I have never had a fully functioning loyal space marine army. I have my first incarnation Dark Templar back in the late 90s when I first started playing 40k tournaments, but they never felt like a cohesive army, rather a random collection of models I liked played under a Black Templar army list. 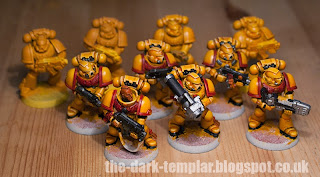 I already have an Imperial Fist project underway. This seemed like the perfect opportunity to kill two birds with one stone - get a new army together and finish my IF project. But that would be too obvious and straightforward.

I've made the decision to go back to my Dark Templar and show them a bit of love. Now, the idea for the DT was that they would all be in Mk VI armour. This inevitably involves a lot of grief in terms of collection specific bits, casting up bits in resin, sculpting icons onto shoulder pads, etc. - something I don't have a lot of time for. 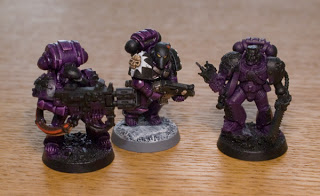 With that in mind I've decided to start slowly, in the same way an Escalation league would. I've also decided to re-use a lot of models I already have - scouts! 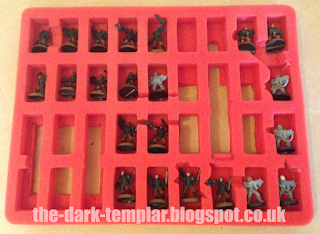 I already have over 20 models with bolters/combat weapons. I also have my 4 snipers that have been an ongoing project forever. 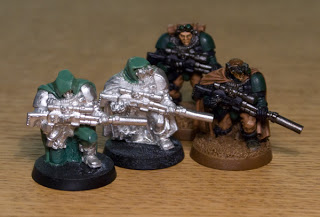 My starting force will, of course, be 400 pts which seems a very achievable target (let's be honest if I can't manage that I might as well not bother, lol). I can then slowly add to the force as I try different lists for my 400 point games. Once I have a reasonable number of models we could up the game size, and so on.

Those of you who have been following the blog a while will know I've been here before many times - lots of great ideas without much coming to full fruition. Wonder how this one will go?