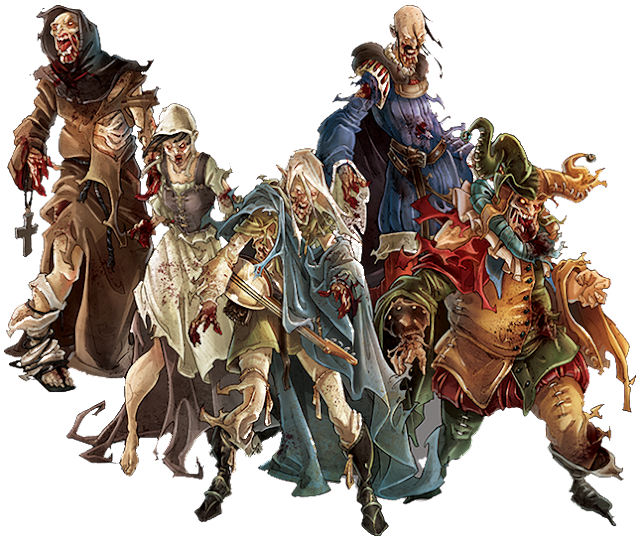 My Zombicide: Black Plague Dream Team currently consists of Xuxa, Morgan, Cadence and James (to give them their official in-games names).

Speed can be a bonus when you need to grab an objective or get a door open in a hurry (usually trying to out-run an undead mob at the same time). In the Black Plague box, Nelly is your go-to gal with her free move action at the beginning of a game. This comes in handy but sometimes it's not fast enough. 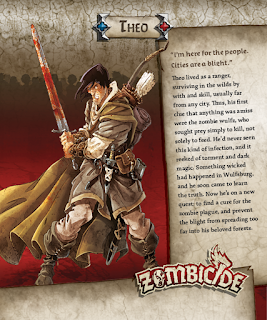 My choice for character number 5 in my Dream Team is Theo, from the Wulfsburg expansion box. He doesn't have a free Move action. What he does have is Sprint.

Sprint allows you to use one of your actions to move the survivor up to THREE zones! So, once Theo has levelled up initially he could move up to 6 zones if he used all his actions to move.

Let me say that again… Theo could move 6 zones in a single turn!!

He doesn't have any other movement orientated skills like Slippery, but at orange level he gets to boost his melee or ranged ability and at red level he could take Marksman (though by that point you probably won't need it).

His body slot will take a standard sword so you could equip his hand slots with a second sword and/or ranged weapon. Not unlike James, he will never be one of your bigger hitters unless he gets into trouble, but will support the rest of the team well enough I think. He has a specific skill that will come in very handy – he's bloody fast when you need it!

So, only one character slot left to go. Who will be our final Dream Teamer?