I've had a couple of days now to let Saturday's game of Guild Ball sink in and reflect on how things went for my Butchers Team. 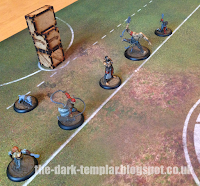 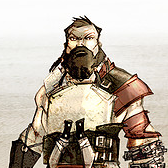 The Captain: Ox
I made a single big mistake with the captain and that was sending him off after the ball once it spilled back towards the Masons goal line. This took him away from the rest of the team and meant that nobody was benefitting from the +1 DMG that his aura provides. It also meant that everyone was out of range for any of his character plays. He was supported to an extent by Boiler early on, but it was very poor use of the main man.

He did take down Harmony, contributing 2 points, but was unable to stop Honour stealing the ball from him which ultimately led to the Masons goal.

The Young 'un: Boiler
I sent Boiler shooting off after the ball when Flint skewed his kick-off. I was pretty confident he would be safe enough and if he could hold onto the ball or pass it back to Ox then all the better. He hung around that side of the field for a large portion of the game, taking out Harmony and Honour and contributing 4 points to the final score.

His ability to dish out the Bleed condition supplied a steady loss of wounds to the Masons and this aided the taking out of Tower and forced Bull to use up Momentum to heal several other team members.

Again, not great use of character plays, though he did bestow a couple during the course of the game.

The Striker: Brisket
Oh my word. She was Goaded by the Mason's monkey early on and couldn't inflict enough damage to kill it over several turns, even supported and buffed by our own mascot, Princess. Being tied down to that extend, with all the ball-related action happening on the other side of the field was a waste.

She did turn things round a little after the Mason's goal, with the ball landing at her feet. Despite Flint tackling her, she managed to finish off the monkey and bestow the final nail in Flint's coffin, ultimately ending the game. A 4 point contribution but it's not what she's meant to do – she didn't get into the opponent's half of the pitch. 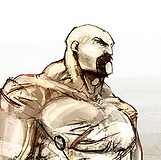 The Beast: Boar
First time using the big man, and I was very conscious of his poor movement stat and lack of INF. He got stuck in the middle of the field fighting Mallet and Tower. He came close to dying on a couple of occasions but managed to heal completely due to his regenerate ability and a bucketload of Momentum points.

All things considered he didn't inflict that much damage but became something of a tank, taking all the hits from the Mason's two big hitters.

What I should have been doing is charging him all game. He charges for free and if he inflicts damage gets to attack again – that's two free attacks! He then gets to use his one INF to hit again, gaining another free attack if damage is caused. I was getting half that at best and Boar never moved after turn 1. 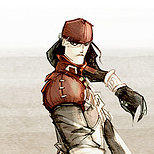 The Ninja: Shank
I seemed to think that this guy was a killing machine – distracted by the lovely model with whirling chains I guess. He should actually be used as a defender to take advantage of his trait when charging damaged opponents. He should be constantly on the move – it's in his playbook – and looking to pick up the ball where he can. As a consequence of my misunderstanding he got stuck in combat in the middle of the park inflicting a few wounds here and there and taking a few in return.

He did finally take out Tower – 2 points – and stole the ball from Flint late on, poised to shoot at goal when the game ended.

The Mascot: Princess
The Butchers Dog had one main goal in this game – to buff Brisket and support her in combat when needed. This was done ably but because I felt that INF points were better used elsewhere Princess wasn't able to attack the monkey for several turns. Whilst it was mission accomplished here, I just feel the mascot could have contributed more if used better.


Conclusions
So, all was not as rosy as the scoreline might have suggested. I think from a team perspective I had a poor game and my players all performed as individuals for the most part, rather than as a team. They missed out on a lot of buffs and as such it felt like a slog getting to the 6-kill target.

Yet I shouldn't be too hard on myself. It was the first time that I had had to juggle 6 player and the first time that I had used Boar, Shank and Princess. I also came into the game without any prep so defaulted to what I knew from our earlier intro games. Positioning is everything and I think I could have afforded to give the Masons possession of the ball for a while instead of chasing it down like a rabid dog and losing position as a consequence. Like any footy coach will tell you, play to your strengths, maintain the team structure and don't go running all over the pitch chasing the ball like school boys! 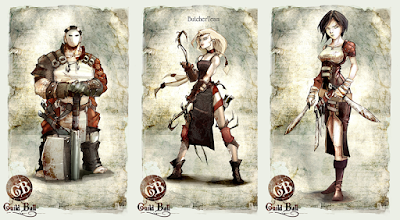 The other thing to consider is whether to swap out some personnel. I have Tenderiser, my goalkeeper, waiting in the wings. I then have the option of the (recently ordered–oops) missing Butcher, Meathook. Eventually we will get our new captain… Fillet. Decisions, decisions.

Looking forward to the next full game and seeing what myself and Bull have learned about our respective teams (and our opponents).