Game Day for this month is tomorrow!

Can you believe it's almost a month already since our last game of Guild Ball? Bull and I learned so much from our last outing. We're yet to add terrain and plot cards into the mix, so maybe now is that time – extra layers to keep us on our toes. 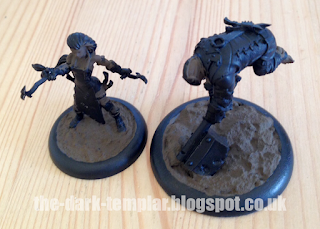 I had big plans for this game. I have my two new Butchers players to try out but they haven't made it past the undercoat stage. The rest of my team were deserving of some extra paint but they too remain unchanged. Life is throwing our family a series of curve balls at the moment and we're struggling to get anything else done – hobby time has no chance.

The main aim for tomorrow's game is to get the team playing better as a whole. We know the Butcher's can get the job done just hitting things, but with so many abilities between them there has to be a more efficient way of doing it! 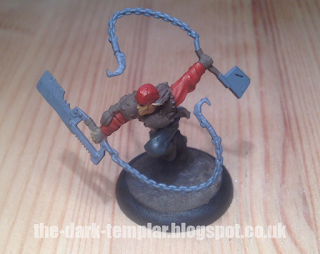 For starters my badly painted Shank will take on a new support role, rather than trying to stick it out on the front line. He shouldn't be going in first, better able to take down opponents who are already damaged. 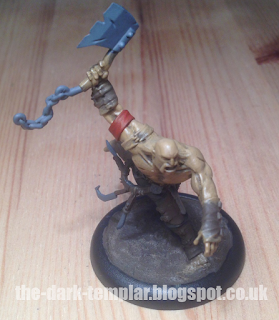 My badly painted Boar will need to make better use of his abilities. By being stuck in combat for the whole game I was missing out on free attacks. As much as he has lots of wounds, he is easy to hit and therefore an easy target should an opponent want to get off a play. He needs to choose his targets better.

Stay tuned for the match report and post mortem…!