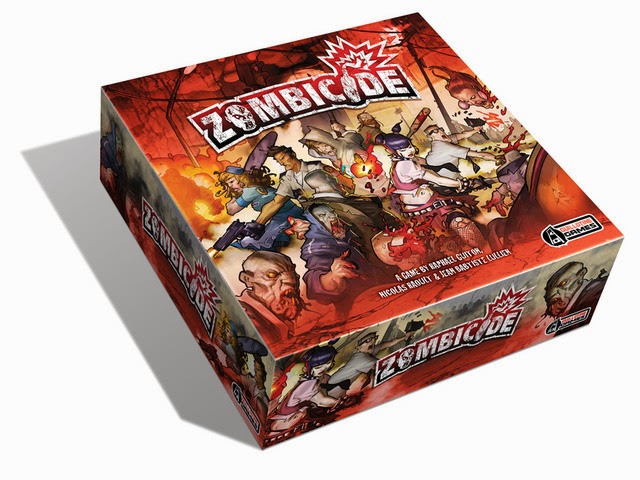 I wanted to thank Mr Awdry from 28mm Victorian Warfare for making the trip to Ashford for an afternoon of Zombies… Zombicide in fact.

Zombicide is a board game that I've had my eye on for a while, much like X-Wing. However, X-Wing was Star Wars based so I needed no convincing to jump in, Zombicide was going to take a little more to bring round. The fact that I love the Walking Dead tv show gave the board game something of a head start, but when Michael and I managed to get a day in the diary to finally play, well, I couldn't wait.

We started with the tutorial mission, as Michael explained the rules and we got to grips with remembering everything. It all started out quite easy and things got rather addictive rather quickly. 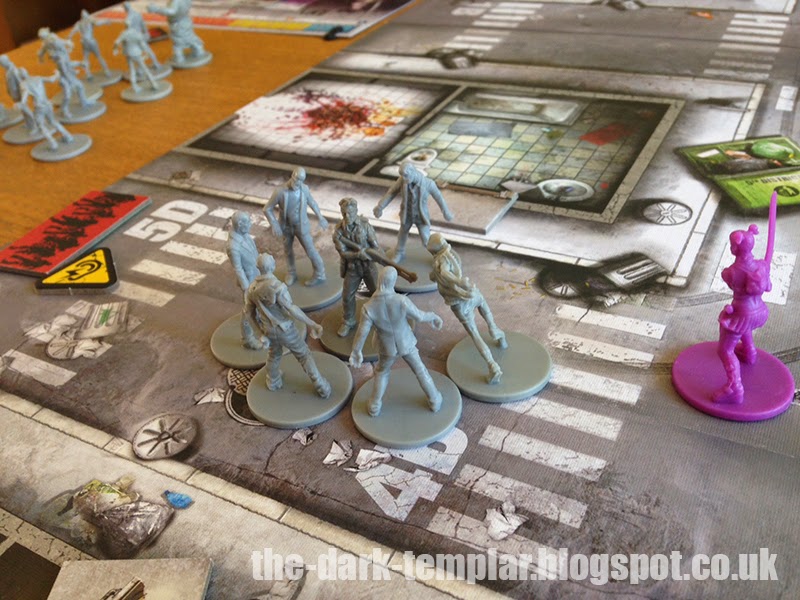 After some lunch we moved on to a bigger, more difficult mission and things went down hill very fast. We were quickly outnumbered and it wasn't long before my hero sheriff was toast. 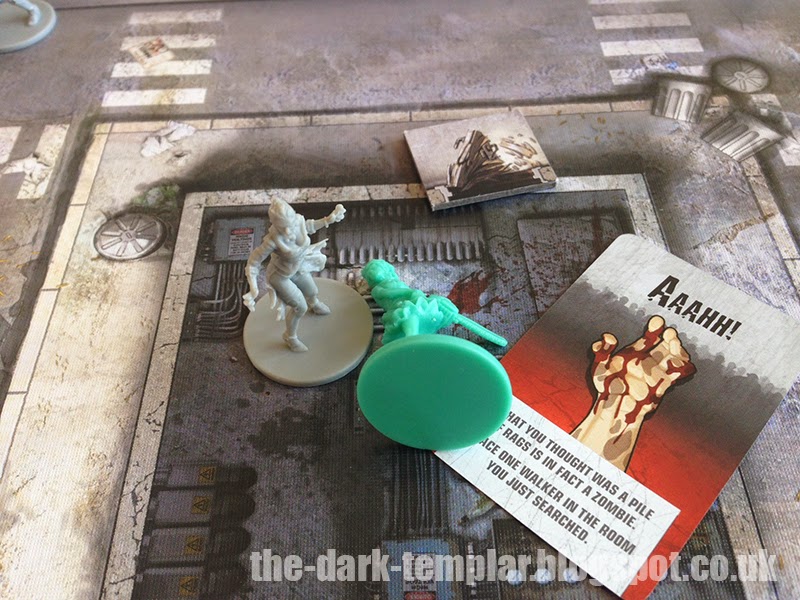 Now down a man, things went from bad to worse as Michael's gamble backfired. 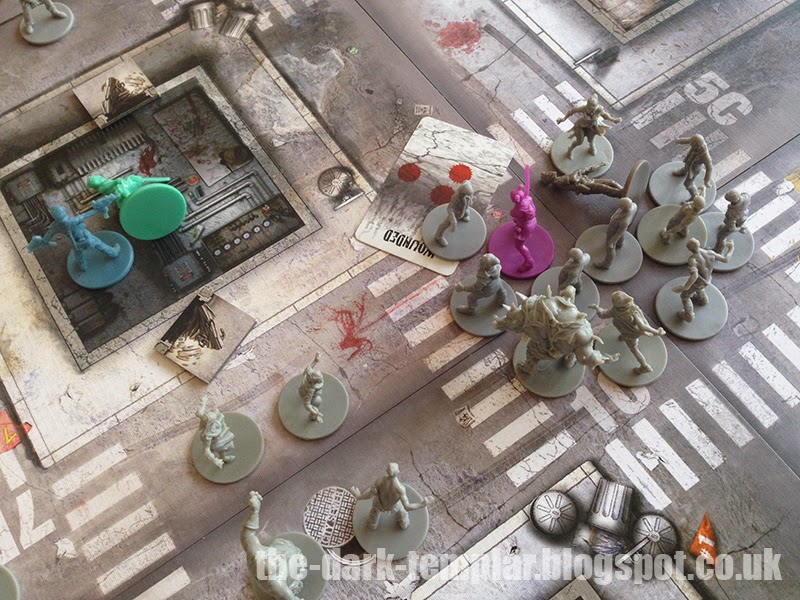 Then soon the rest of the survivors were swamped… game over man! 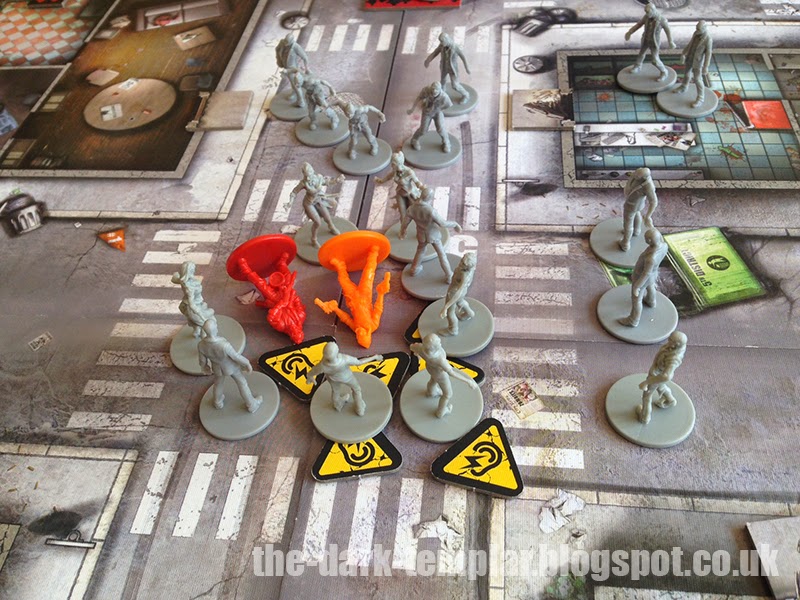 With lessons learned (and a new set of characters) we tried the mission again. We didn't fair much better, but this second game was full of cinematic moments. We devised a 'distract' strategy – which was working quite well – but the zombies kept coming and soon the distracting team was overrun despite gunning down the walkers in droves. Their final stand was epic and they died heroes. 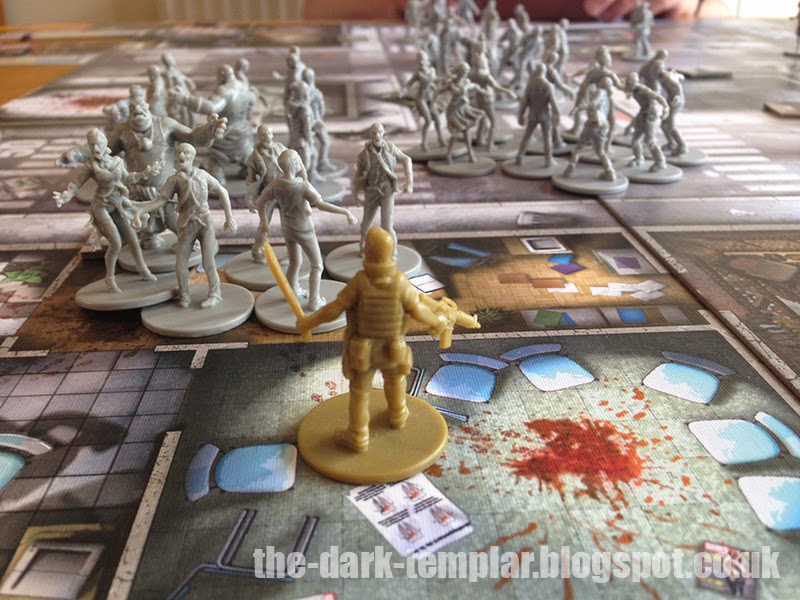 With both of Michael's characters dead, it was down to my guys to finish the mission – one distracting the (now insurmountable) horde while the other nipped around the back to grab the loot and escape. With a bit of biased interpreting of the rules we scraped through and completed the mission. Yay!

What a fabulous afternoon's gaming. Much fun and hilarity. Thanks to Mr Awdry for making the trip and introducing the game to me. Love the models and the rules are easy to pick up – you have to learn quickly though else it will all end in tears.

I think it's fair to say this game will be on my Christmas list… if I can wait that long!