When I made the decision to add Nurgle to my roster of Blood Bowl teams, I also decided that I didn't want to spend much money or time putting them together. As mentioned previously, they will definitely be my third team and the one I take the most chances with. Winning will still be the ultimate goal with them, but this time I'm prepared to take some risks and do it in style. They'll be more of an experiment than a serious team.

With that in mind I spent some time working out how to build them with the minimum amount of fuss or expense. 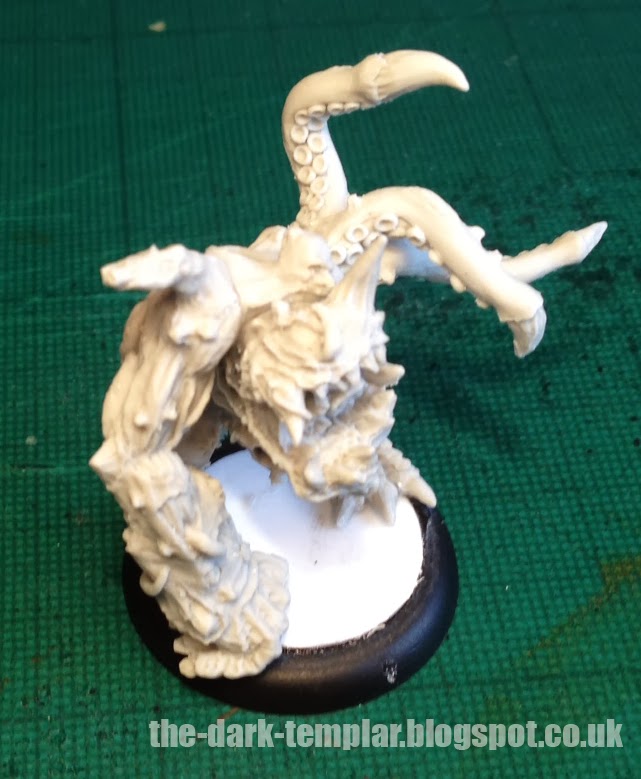 The Beast of Nurgle was always going to be a difficult hurdle to overcome. I was kicking myself for selling my Albion Fen Beast, who would have been perfect, but he moved on a long time ago. I looked at many an Ebay auction but nothing seemed to fit. I'm not a great fan of the current GW plastic spawn of chaos, plus they're a little big to fit on a 25mm base. The older metal spawn models sell for silly money and I wasn't prepared to do it. In the end I found the Morbid Spawn, a resin approximation by Kromlech who seemed to fit the bill. When he arrived I discovered that he wouldn't really fit on a 25mm base, but he would fit on a 30mm base with lip that I had leftover from Malifaux. A bit of plasticard and 2p coin in the base later, he was looking the part. Looking forward to seeing him in colour! 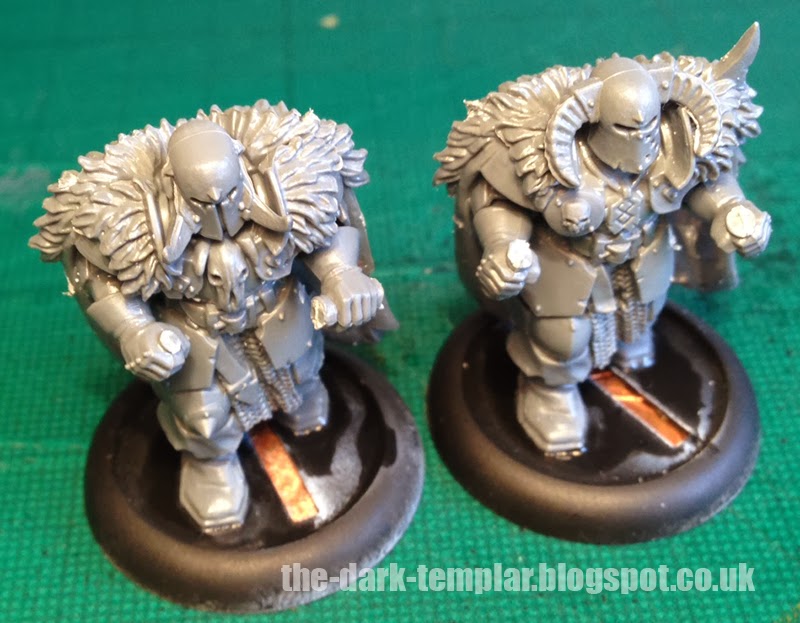 My Warriors were easier to find. I still had the remnants of my old Fantasy Chaos army in the attic. Whilst it will be making a comeback when GW release 9th edition I figured the army could spare four warriors. I decided to put them on the same sized base as the beast for consistency. 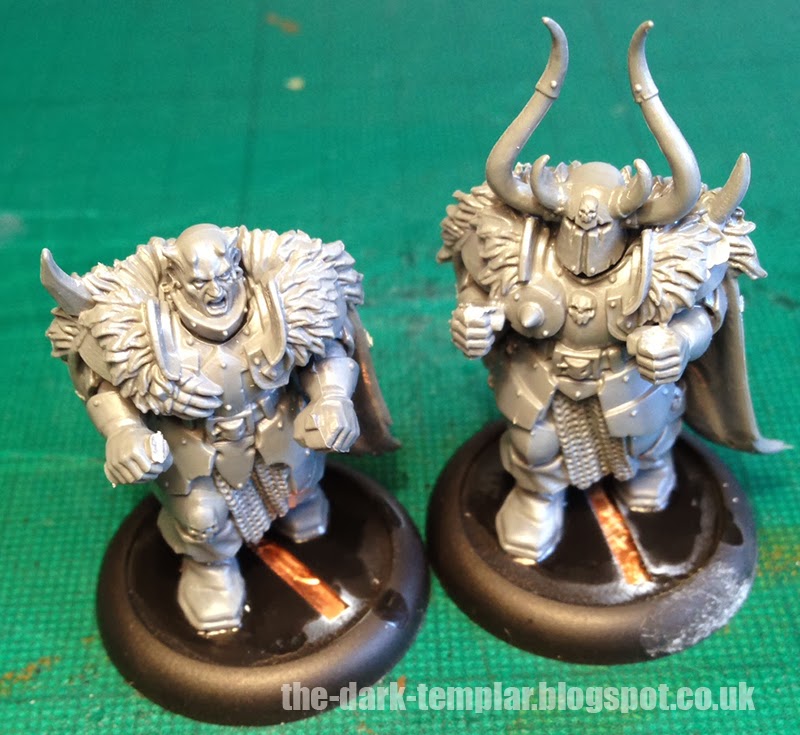 At the moment they look rather static, like a boxing hand-puppet, and this will not change much. They only have a Move of 4 and Agility of 2 so I figured I could get away with it. The alternative was to pay £8 each for some lovely Willy Miniatures warriors, but that was an extravagance I wasn't prepared to make. I'll add a little green stuff to make them more Nurgly, like I did my Dark Vengenace Nurgle Marines, but that'll be it for them. 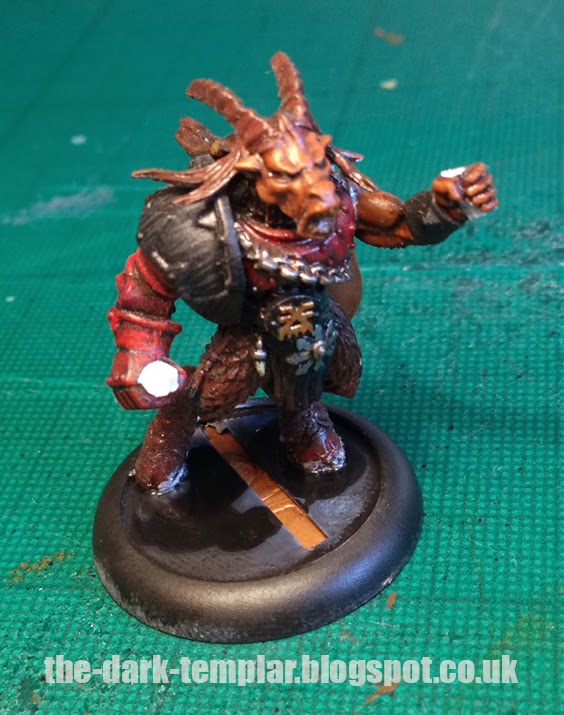 My Pestigor was definitely a case of recycling. I knew I would only be taking one to begin with so rather than spend money, I knew I had suitable models available. My old Khorne Bezerker army used a lot of Chaos Beastmen parts and the Champions in particular used Gors. I chose one that I would be happy to lose from the ranks, rebased him and took away his weapons.

As you can see, he will need a bit of work to make him a true follower of Nurgle – like removing the Khorne icon and gaining some bloat. I'm sure this is heresy within chaos circles, switching gods like this, but I'm sure he will do as well for the team as he did the Bezerkers. 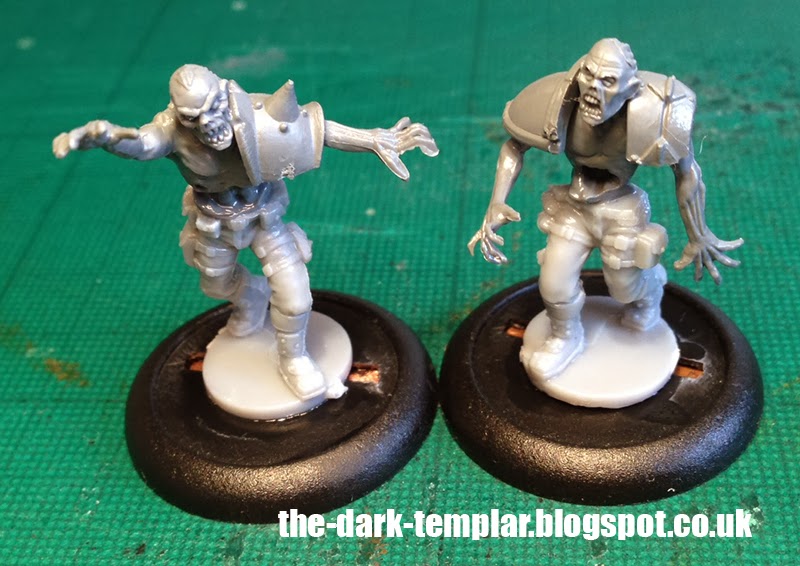 Finally it came to the Rotters. Although I only have five on the starting roster, I decided to build six as I'm sure I'll need more down the line somewhere. My solution for this was a box of Mantic Zombie Apocalypse bits. Basically it's a collection of zombie and sci-fi marine sprues that you can mix and match to create a horde. 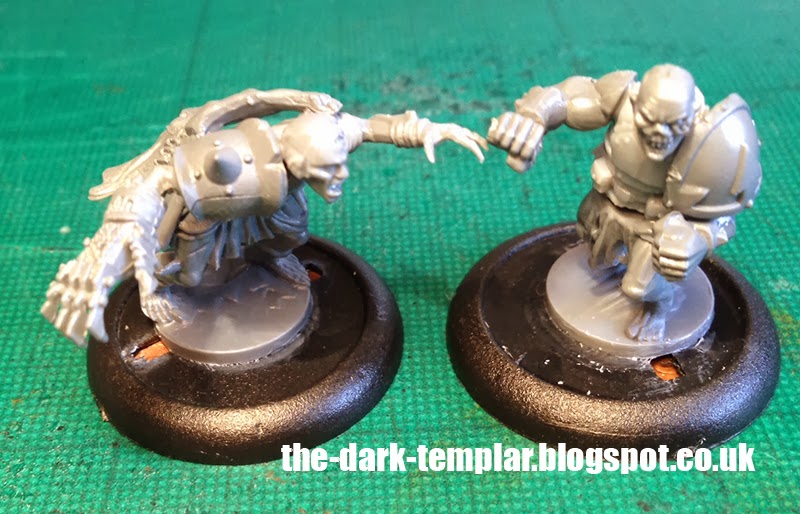 I bought the box originally to be my horde of Plague Zombies for Typhus back when we were playing 40k. They're not my preferred choice now that I've stuck them together but at least they're easily identified on the pitch. I also used the odd bit from a few sprues of GW Chaos Marauders I had, to give them a bit more armour. 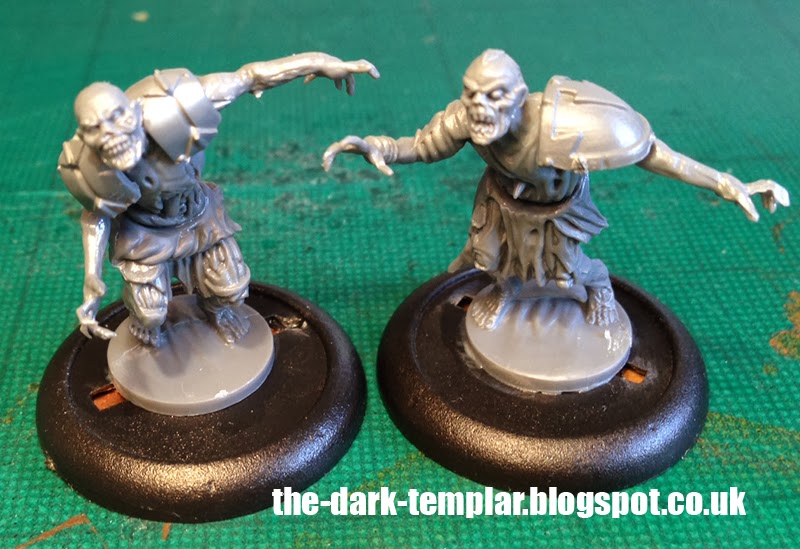 Whilst the emaciated look is probably appropriate for Nurgle, I do feel the need to add some green stuff here to bulk them out, fill gaps and hold some of the bits together. I used the 30mm bases again here and whilst the models look a little lost on there, the extra space allows a little creativity and the weight of the 2p helps keep them upright.

Once my order of hobby stuff turns up from Firestorm I can get all these models greenstuffed and sprayed. I have until mid-April to complete this team, so I think even I can make that deadline!