Blood Bowl Succumbs To The Plague… 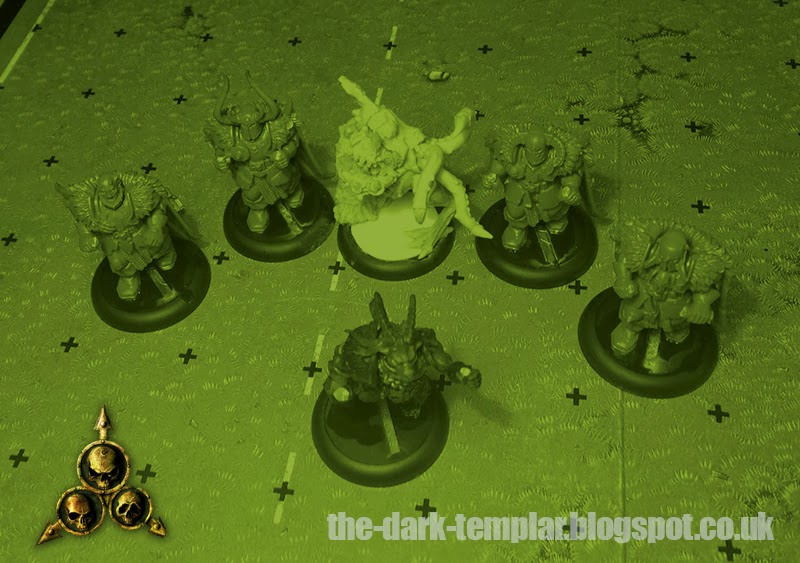 It's been threatened for a while and now the signs finally seems to be there.
It looks like our little Blood Bowl league might be getting a fifth (or should that be filth) team.

They say variety is the spice of life and it's easy to achieve in our hobby. I have to admit that there are only really four teams that appeal to me in Blood Bowl. I have played two of them and now the third is due to make an appearance, albeit slowly.

Given that the first four teams in our league are starting to develop nicely now, I thought it only right that there be some fresh (hardly!) meat available for when our good friend Michael from 28mm Victorian Warfare steps foot onto the field of play. It would be a bit harsh for him to have to face teams that myself and Bull have learned to play (kinda) over the last couple of months, that have additional skills, so here's my next team in development. Nurgle.

These are definitely my third team – I don't want to spend much time building, converting or painting these guys (just yet at least) so I have a cunning plan. I have purchased an Army Painter spray basecoat in an appropriate colour, so getting them ready for game day should be easy. Spray them evenly, ink/wash them to death, then drybrush the living **** out of them. A few picked out details later we should be good to go. That's the theory, we'll see how it goes for real.