I've watched Bull making his latest scoreboard with some envy. It's just the kind of project I live for, however, given that I don't have a pitch yet a scoreboard seems rather redundant.

I decided that I needed to find an alternative. My paints are still packed away but I could start the next build at least. My undead dugout (above) is looking rather nifty and looked great next to the pitch in the last game we played, so I thought I should extend it. 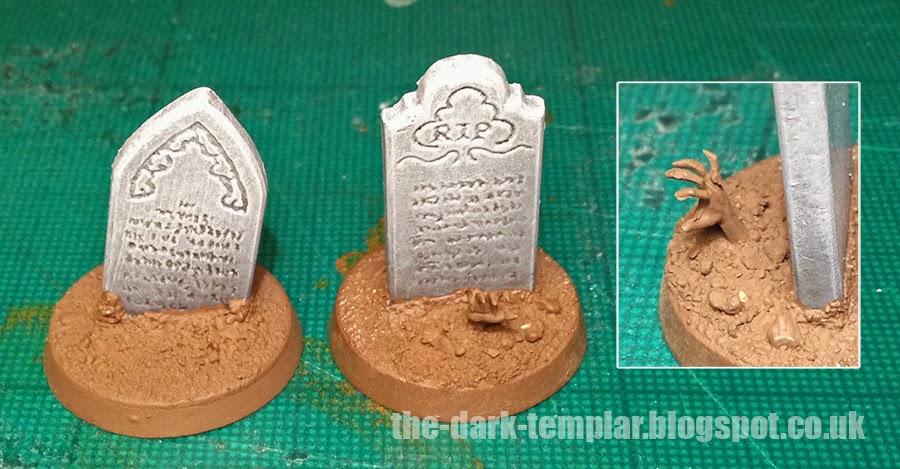 I built my turn and re-roll markers for the undead to add character but they still end up sitting on the illustrated cardboard that comes in the game box. 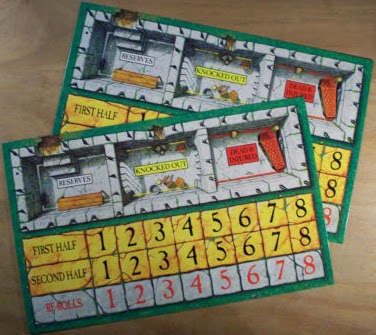 Whilst these sheets serve a purpose for the fledgling gamer, I felt it was time I stepped things up. The dugout part was complete so I should build the rest of it – the turn and re-roll numbers. 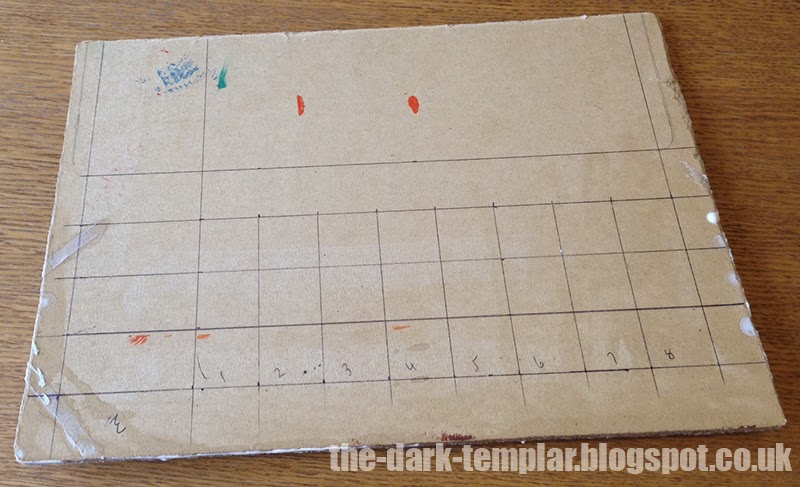 I found a piece of hardboard and drew out a grid for my numbers, making sure there was plenty of room for my dugout to sit at the back. I did consider permanently gluing the dugout in place but decided against it for ease of storage and travelling. 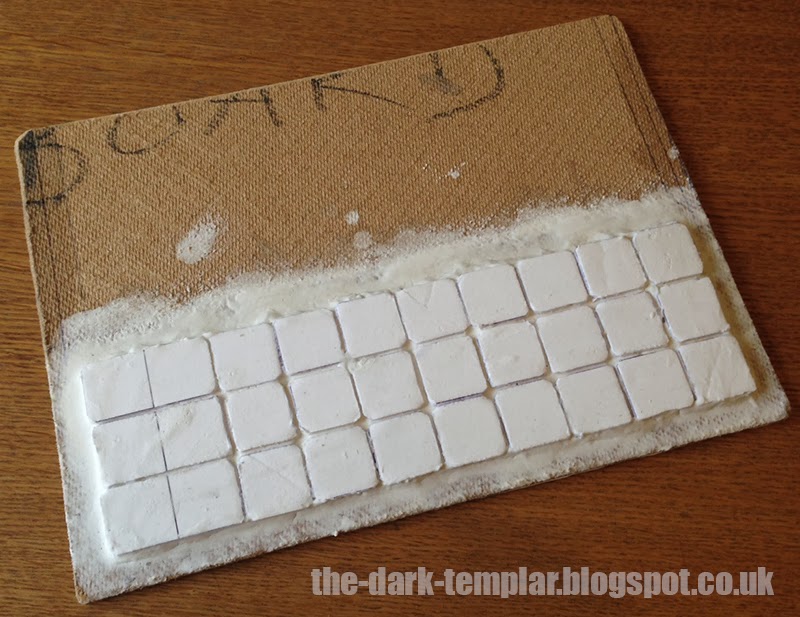 Once done, I cut up lots of pieces of foamboard in roughly 25mm squares. I went at them a little with a scalpel and file then stuck them in place, leaving a gap between each one. Once this was well and truly dry I went back in with some Polyfilla. First of all I used it straight out of the tube to support and fill the edges, then I watered some down and poured it into the gaps.

The morning after and it's looking pretty good. The next stage will be to tidy up the filler in the gaps then glue down some sand. I don't envisage the painting to take long, though the numbers could be time consuming.

I'd like to apologise again to anyone who received a random direct message from my Twitter account this morning. It seems to have been hacked and so I took the decision to deactivate it as I don't get chance to use it much anymore.