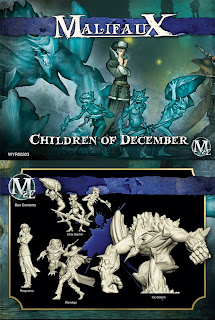 No more developments on the Gaming Board as we're in Ireland this week.

However, I thought I'd do an "inside the box" blog post – this time it's the Children of December starter set for Malifaux 2nd Edition.

I have to admit that my keen interest in Malifaux stalled around the time they switched from metal to plastic models, coinciding with book 4. I noticed that the new plastics felt very delicate compared to the metal models and wasn't convinced. My online GenCon purchases last year sealed it and I've never looked back. 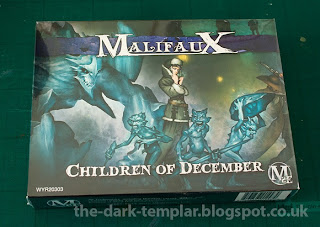 When Malifaux 2nd Edition was announced my interest stirred and when I saw the imagery for the new crew box sets I was keen to see more. Shinybloodyitis struck at GenCon time last month and I ordered some bits, including the Rasputina "Children of December" plastic set. 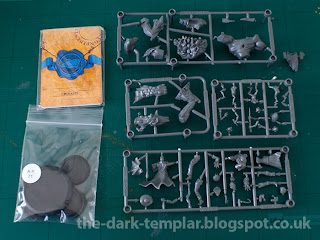 The bits on the sprues seem very much as I remembered them a year ago – fragile – except the re-imagined Golem of course who really is a monster. The Gamin are very thin and delicate, not sure how much abuse they will take as their arms and legs are little bigger than the metal pins I use on larger models. 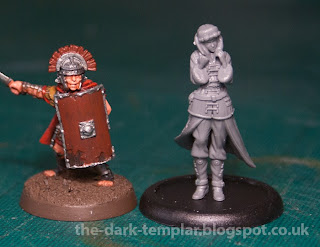 Rasputina came in six pieces and went together very easily. I'd be interested to see this model side by side with the original Raspy and I'm sure she's tiny compared to the metal version.

Next I decided to tackle the Golem. He was made up of 10+ pieces spread over a couple of sprues. Whilst he's a reasonably straightforward model to build it wasn't always obvious which piece went where – the picture doesn't help much and I was left with a piece over that seemed to have no home. Eventually I got him finished and he truly is a beast. 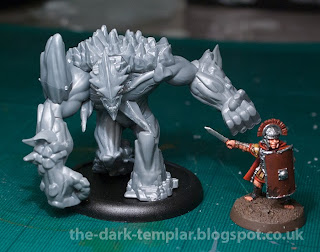 The Gamin were easy builds though just as spindly as predicted. The Wendigo, hmmm – I don't like the fact that he's got another model on his base that he's beating on (don't like the idea of a totem model being taller than its master) so I may clip him free from his victim and model him on some rocks instead. 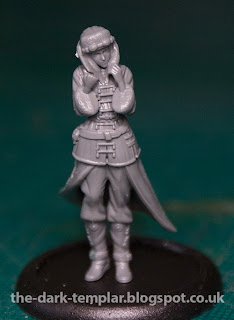 The plastic is of good quality and there were minimal mold lines on the pieces. Very nice kit, just have to learn how to play the new Malifaux! 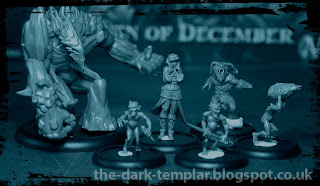