With a small hobby window on Sunday afternoon, Fugs came round for a game. 'The Secret Project' is undergoing a few changes so wasn't available to play; I took the opportunity to teach Fugs (and myself) how to play Warmachine.

I've had the Mercenaries starter box for many years now, left over from when Bull and I first dipped our toes into the Iron Kingdoms. Last year I built the Cryx starter box so they would be our armies for the day. 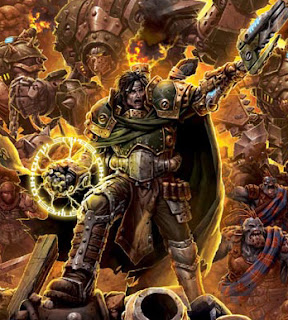 Magnus the Traitor was a great warcaster for me when we played Warmachine Mk I (only a few games I grant you). He made learning the rules easy and was quite forgiving. At the time the Mercenaries weren't the established faction they are now, so there were limited opportunities to expand. As it turned out we didn't play much as the models have been in stasis for the last 8+ years.

Needless to say Fugs took to him (and the game) very easily and we will no doubt see more battle coming soon.

Cryx warcaster Deneghra has always been one of my favourite characters and in the latest set of rules she is really quite good (on paper at least). I had not actually played a game with her prior to the weekend so it was a bit of a trial run for me.

We played on my old Malifaux board with a handful of scenery. As expected the game was relatively slow as we were constantly checking rules and definitions as situations arose. 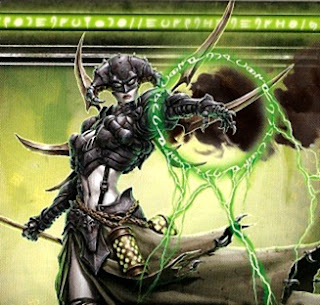 As far as the action goes the game did not disappoint…

Magnus's light Renegade warjack launched his Obliterator bomb at my heavy Slayer helljack, doing significant damage. The Slayer then charged Magnus's heavy Mangler warjack and (with a little experience under my belt) smashed up the Mangler quite badly – Fugs was on the back foot a little.

The Mangler did heavy damage to the Slayer in return, ably backed up by the Renegade's chainsaw arm. The Slayer finished off both the Mangler and Renegade and turned his attention to Magnus, who had taken down a Deathripper and a Defiler bonejack. Fugs' only remain warjack – a light Talon warjack – had killed off my other Deathripper and had moved in on Deneghra.

In the final turn I managed to walk the battered Slayer into Magnus and promptly tear his head off, ending the game.

Cracking battle that ebbed and flowed and managed to show Fugs how the game works in the process. He came away rather fired up by the experience, no doubt looking for revenge. I'm hoping that him experiencing this game, on top of the others we've tried, will help 'The Secret Project' going forward.

I came away quite fired up to paint some more Cryx models. Although I have threatened to bring out my fully painted Legion of Everblight models next time.