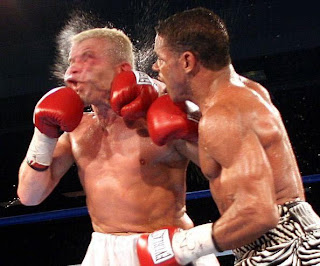 That is the sound of my patience with Kirai and her spirits leaving the building – haha!

Another thumping last night by Lilith, largely thanks to some bad decision making on my part and increasingly poor cards is making me wonder whether my gaming skills really are that two-dimensional and I should go back to the simplicity of the Guild.

Fugs and I both flipped Destroy the Evidence, so Fug suggested making it a Shared Strategy. This effectively added a seventh evidence token in the middle of the board worth an additional VP. We flipped for deployment and got corners, meaning we were both barely 12" from said central token.

I was distracted by the bright lights and decided I could summon Ikiryo on top of the central token and give myself a small headstart. Destroy the Evidence is a strategy that Kirai should breeze through with her movement tricks so getting an early lead would be a bonus. Problem is I forgot that summoned models are slow when they arrive, meaning Ikiryo didn't have enough general AP to interact. It also meant that (being H3) he was an easy target for Lilith's Transposition. That's exactly what happened – the Cherub stepped up and Transposition-ed Ikiryo with Lilith. Lilith then interacted with the token to claim it and moved off to the side. Ikiryo was battered by the new addition to Fug's crew – Taelor.

End of turn 1, I am down 1 VP already not to mention 4 wounds on Kirai and a handful of cards.

Things ebbed and flowed the following turn. I moved The Hanged over to a token on my left. He was charged by a Young Nephilim who was in turn charged by an Onryo who did 3 wounds. The Young was then swapped with Taelor thanks to another great Transposition move, supported by Lilith,  and I was forced to swirl The Hanged back to Kirai for healing and sacrifice the wounded Onryo to regain some wounds and cards and prevent Taelor from killing more stuff.

The tempo of the game was such that Fugs could move around the board with little to no fear of any reprisals. I set an alpha strike in motion once Lilith had moved on to another token and left Taelor alone. She was having a field day against my spirits, killing them in a single hit. Her high WP meant I was struggling to do anything back.

Kirai summoned Ikiryo and Shikome into base contact with Taelor, forgoing a heal to cast her (0) action that would produce a Gaki should Taelor die. I had The Hanged waiting to cast Beyond the Grave and halve Taelor wounds before the big hitters went in. Up stepped the Lost Love to cast Chill of Death giving the target neg flips against spirits – the combination of these elements would be devastating. As expected he flipped poorly, I cheated to ensure I had the correct suit and soulstoned for a boost to take it out of Taelor's reach – I flipped a 1. That effectively meant that Taelor could defend everything that I threw at her by cheating (not that she needed it as Fugs has amazing flips with this crew). In return Taelor killed Shikome and Ikiryo (for the second time this game) and I had to give up the two remaining cards I had.

The game staggered on in the same vein for another turn. By this time Fug had 4 VP to my 0. I called the game mid turn 4 as the clock chimed 10pm.

The inevitable (weekly) post mortem got me analysing why this crew struggles so much and why it seems incapable of doing any damage – the number of wounds I have inflicted in 3 games can be counted on one hand.

With the Guild I could spend a couple of turns building up a decent set of cards in my hand. With Kirai, she uses any decent cards she has summoning her troops or entering the Spirit World. She is also so dependent on suits – masks and crows especially – that she has to hold onto these at all costs. If you get a poor hand of cards and has been the norm so far (my hand in turn four had no card higher than a four!) then I'm relying on soulstones to make things happen.

If the games had been a little closer, more contested, then I could be quite content that it was part of the learning curve. At present I'm providing no real challenge to Fugs who can move around the board at will with Transposition (which I don't seem able to stop as I have no decent cards in my hand to cheat, or need them for other things). As fast as I am summoning spirits he's killing them. With the introduction of Taelor (and soon the twins) who negates all of the advantages the spirits have, I'm losing models at a faster rate with even less ability to stop it.

The danger is that these beatings are so demoralising that I'm starting to lose enthusiasm for the game and for painting the models. I could go back to The Guild but that would be defeatist, plus I've invested too much money to put the Spirits all on ebay for half the price I paid for them. I could buy bigger models – Dead Rider, etc. – but that doesn't solve the inherent problem. So I've decided to take a week or two off from gaming, do some painting, and get back to the craft side of things that I enjoy and will feed my interest.

As much as I think playing a single game a week is not helping my development – the excitement builds all week for a game then you lose 8-0 with nothing new learned – I feel (as does my poor wife) that a break will be good. I don't want to field another unpainted crew, and that in turn should provide more eye candy for the blog.

The sting of the defeat is gone now but I'm not seeing any light at the end of the tunnel, or a way to turn things around; with things set to get more difficult when Fugs introduces the twins shortly I need to find a way to break them. Let the research begin…
Posted by The Dark Templar