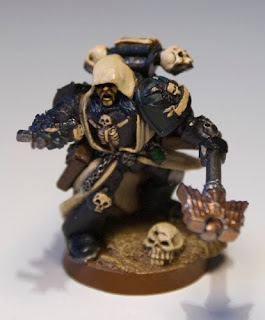 A quick update on what else is on the go here besides Captain Tycho and transatlantic e-battles.

The chap pictured above is my Dark Templar Chaplain of old. A veteran of many battles, friendly and tournament – a true hero, he's been leading the line for 8+ years. The Dark Templar that were are gone now, repainted or repatriated, with only a few choice characters left for posterity. 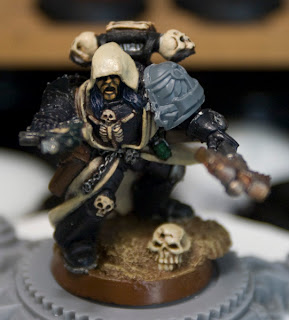 He's been a recent stand-in for the new Blood Angels, both facing Orks in deepest darkest Tunbridge Wells and the chaotic Arrugginiti in Chicago (via email). With this in mind I decided he should officially join the Blood Angels rank on secondment. 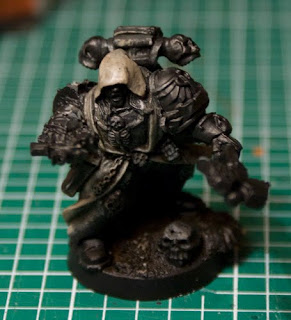 Gone are the Templar references, and given the loyalty and heroism shown in the past I thought it only fair to give him a fresh paint job. Today I gave him a quick blast with black spray and set about redoing his garments in a warm grey instead of the Bleached Bone look. 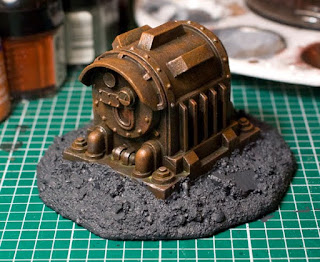 A new addition to the scenery collection is well on its way to be complete. After the success of the Quantum Gothic Communication Dish, I purchased a QG Power Generator. 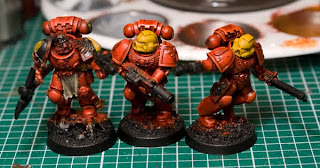 Red paint has touched new models, but it's been slow going. Not happy with the way the yellow has gone down so need to look at that again. Have two more guys waiting in the wings to make this up to a five-man squad.

More updates on the Hailed vs Hated e-battle later this week!
Posted by The Dark Templar