The Trouble With Big Mechs…

Once more, the might of the Dark Templar marines faced up to the hordes or Bull's Orks. I was expecting Bull to mix things up this week and had prepared a tasty surprise for him. However, to my own surprise he had almost the same list as last week, but with a few tweaks. 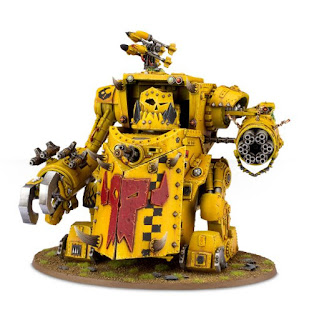 Gone was the Morkanaut (yeah!!!) but it was replace by a Gorkanaut (boooo!) – this turned out to be a problem for me, which I will go into a little later. The big unit of Stormboyz had been broken down into 3 smaller units, and his Wierdboy now had the Jump spell. This would mean that not only would I have 3 units of Stormboyz and a unit of Kommandos sneaking into my front porch, Bull could in effect teleport any unit of infantry he pleased to join them!

Things were going to get close and personal very quickly!! 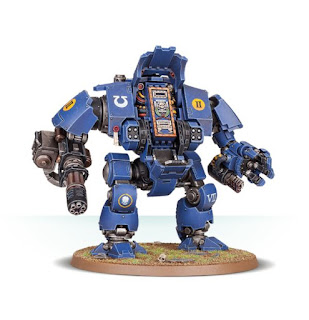 I had taken some advice from Daniel Grundy after my last battle and employed my two close combat Scout units as buffers to make sure these Orky infiltrators couldn't get close to my main force – and it worked a treat. I held my Reivers and Inceptors in reserve, just like the last game, so that they could have a glorious entrance in a few turn's time. I had left the flame-wielding Aggressors at home – didn't want to become too reliant on them. However, expecting some mech I had brought the Hellblasters, an Assault Cannon Dred, a Plasma Cannon Dred and the king of them all… a Primaris Redemptor Dred.

Yes, that's right, I had spent three consecutive evenings trying to built this bad boy in time – it's one hell of a kit (a little over complicated and over articulated is you ask me… it was only missing some Action Man Eagle Eyes!).

He had a blistering array of weaponry, but weighing in at over 200 points I was paying a premium. Would he live up to the hype, or turn out to be another passenger from the space marine stable? 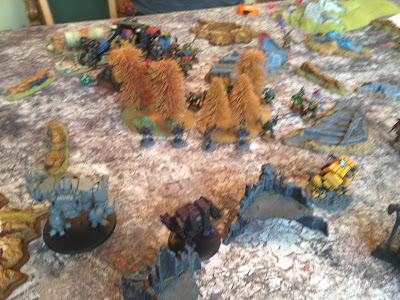 I had brought two Librarians – the cheapest HQs I could get hold of to ensure 7 Strategy Points. I camped them and a 6-man unit of Intercessors on my own Objective. I had the Hellblasters sitting is a crater with a full view of Bull's Gorkanaut and my Dred holy trinity sitting behind some woods in the centre. I had positioned my Razorback on the far right to zoom up the flank and take Bull's Objective from the Grots. This was going to be an exciting fight with plenty more lessons for sure!

Without going into tonnes of detail, it was one of our best fights yet. I opened proceedings by dropping an Orbital Bombardment into Bull's deployment zone – a sneaky manoeuvre, that hit 6 units. Alas it killed one of the Boyz and took a Wound off the Warboss. Gave Bull a scare though! 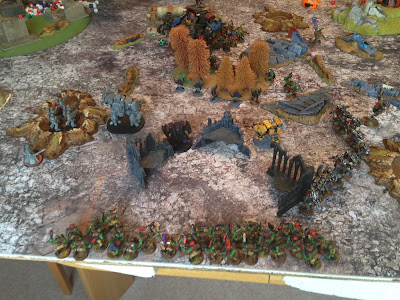 I got a good round of shooting into the nearest unit of 30 Boyz (sorry, 29 – one got obliterated from orbit!). Despite losing over half their number they were undeterred. The Orks marched on, and before I knew it I had 2 units of Stormboyz in my face and a unit of 25 Boyz had Jumped behind me. I brought on my reserves a little earlier than intended, but with a concentrated round of Shooting all the Boyz and one unit of Stormboyz were gone – I had lost 4 Scouts. 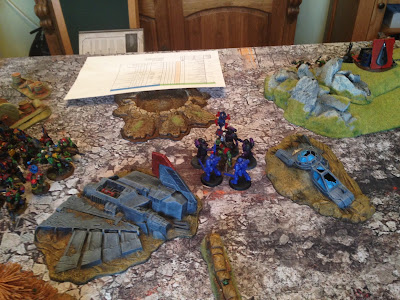 The Reivers were on fire, charging 11" twice during the gaming, taking out the Banner Boy and the Wierdboy before being mashed completely in a single melee attack from the Gorkanaut. The Hellblasters on the other hand had failed to wound the big Orky mech in multiple rounds of shooting and were down a man going into the final stages. The last of the Ork reserves appeared, making a final push for my Objective, but they faltered and were wiped out for the loss of 5 Scouts and 2 more Hellblasters. 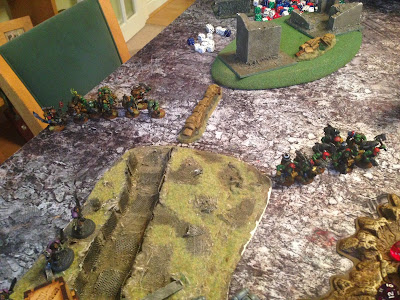 By now I was beginning to complain about the imperious nature and abilities of the Gorkanaut for a comparative bargain basement price. I couldn't touch the thing, in shooting or melee. I decided to use my next turn as an experiment and had every available unit, regardless of weapon, shoot at the Ork giant.

I then charged my Plasma Dred into it, survived the sick amount of Overwatch fire that came at me, and with Strength of 12 vs Toughness of 8 failed to wound it with 3 Hits. My Dred was killed twice over in the return attack. 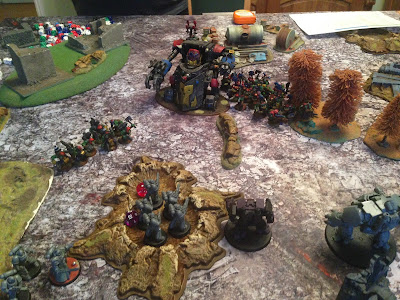 However, Bull was on the ropes by now and even a gallant charge at my Warlord Librarian by his Warboss (taking 4 Wounds off my leader) wasn't enough to save the day. He had his Gorkanaut left on half wounds and his Grots untouched (and pretty much ignored all game). I had lost 9 Scouts, a Dred, 3 Hellblasters, 5 Reivers (their heroic charge into the Gorkanaut will remain a legend… just not what happened next!)

After my complaining I was still struggling to devise a suitable way to take down the Gorkanaut. Some reading up revealed that (potentially) 3 shots from a Lascannon would do the trick – however, with close to 100 Orks running around I don't want to be spending points on Lascannons! Dilema indeed. 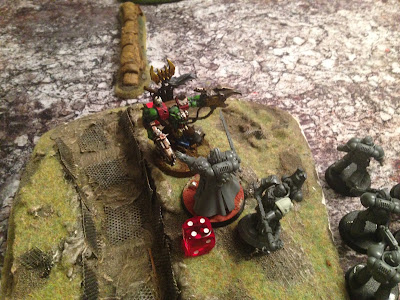 My Reivers and Inceptors are cool (though the latter got bogged down in combat, they're definitely a shooty unit). The Librarians didn't do much aside from kill the Warboss, wasting a hideous number of Psychic rolls by failing a basic target of 6.

The rest of the army was pretty solid. I'm learning that choosing the right unit to fight with in melee (after the chargers have been) can be quite key to turning the game. Choose badly and you can lose units before they've had a chance to strike back.

The big, bad Redemptor Dred was awesome. I swear he killed half of Bull's Boyz by himself. He didn't get to have a go in combat as I wasn't going toe to toe with the Mork after the other Dred dropped so easily.

Where do we go from here?