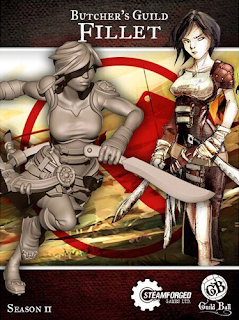 It's seems an age since Salute, and I finally got around to building one of my key purchases from the event.

Guildball was going well just before our trip to Excel so it made sense to spend some money with Steamforged Games to get more Guildball stuff. I knew there was a new Captain coming in Season 2 for my beloved Butcher's team so when I saw Fillet was available at the show it was a no-brainer. 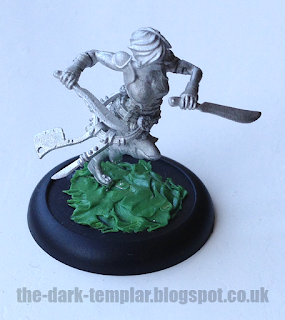 However, being such a new model there was no internet reference to help me pose or build the model. She comes in 4 pieces – main body, right forearm, left arm and weapon belt. The model itself is posed rather dynamically in full sprint. Unfortunately, being a rather skinny lass, there is a weak point at Fillet's left ankle and she was bending all over the place as I tried to attach the other pieces. I was in real danger of breaking her ankle completely at one point but got away with it. Careful storing of this model is going to be critical as it won't take much pressure to cause a disaster. 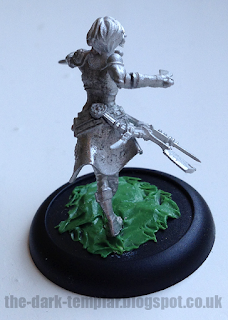 The belt went on easy enough, much like Boars except a lot smaller. The two arms were more of a challenge. The ball and socket on the model was next to useless so I did what I always do with such exposed elements and pinned them. Alas, her need to eat more pies came into play again as my 1mm drill bit struggled to get a decent hole in either arm as they were so thin. 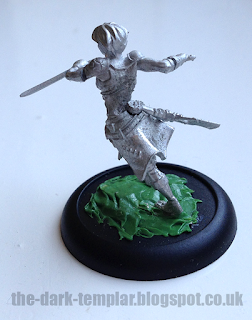 Eventually we got there and she's nicely in one piece. There was no flash and virtually no mold lines which is most welcome after my earlier experiences with Guildball models. Looking forward to seeing what she does on the pitch and how she compares to Ox.