Recon From The Menoth Camp 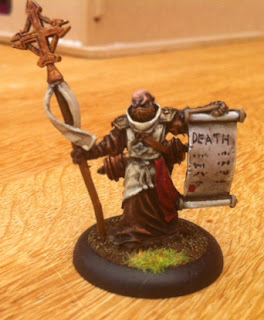 You've seen my (slow) progress over the last few weeks as I get my Legion of Everblight army into shape. You may also have seen my fledgling Cryx army being constructed as I cover bases in both Warmachine and Hordes arenas. 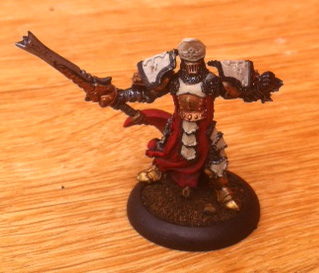 I thought I would share some photos Bull sent over of his Protectorate of Menoth force. He's had it since we first dabbled with Warmachine several years ago, gathering dust until we bought our Hordes starter sets at Salute earlier this year. Once his Circle of Orboros starter was complete he has been reading up on the changes in MkII rules to Menoth and giving his models a coat of paint. 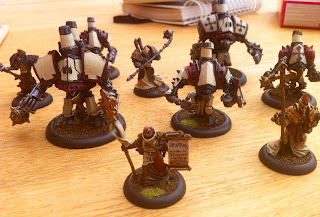 The worrying thing for me is, as this photo hints at, he has an awful lot of warjacks gathered – a lot of them heavy 'jacks. From what little reading I'm doing of my own, Menoth are a power to be reckoned with.

Looks like I've got one hell of a fight coming my way!
Posted by The Dark Templar